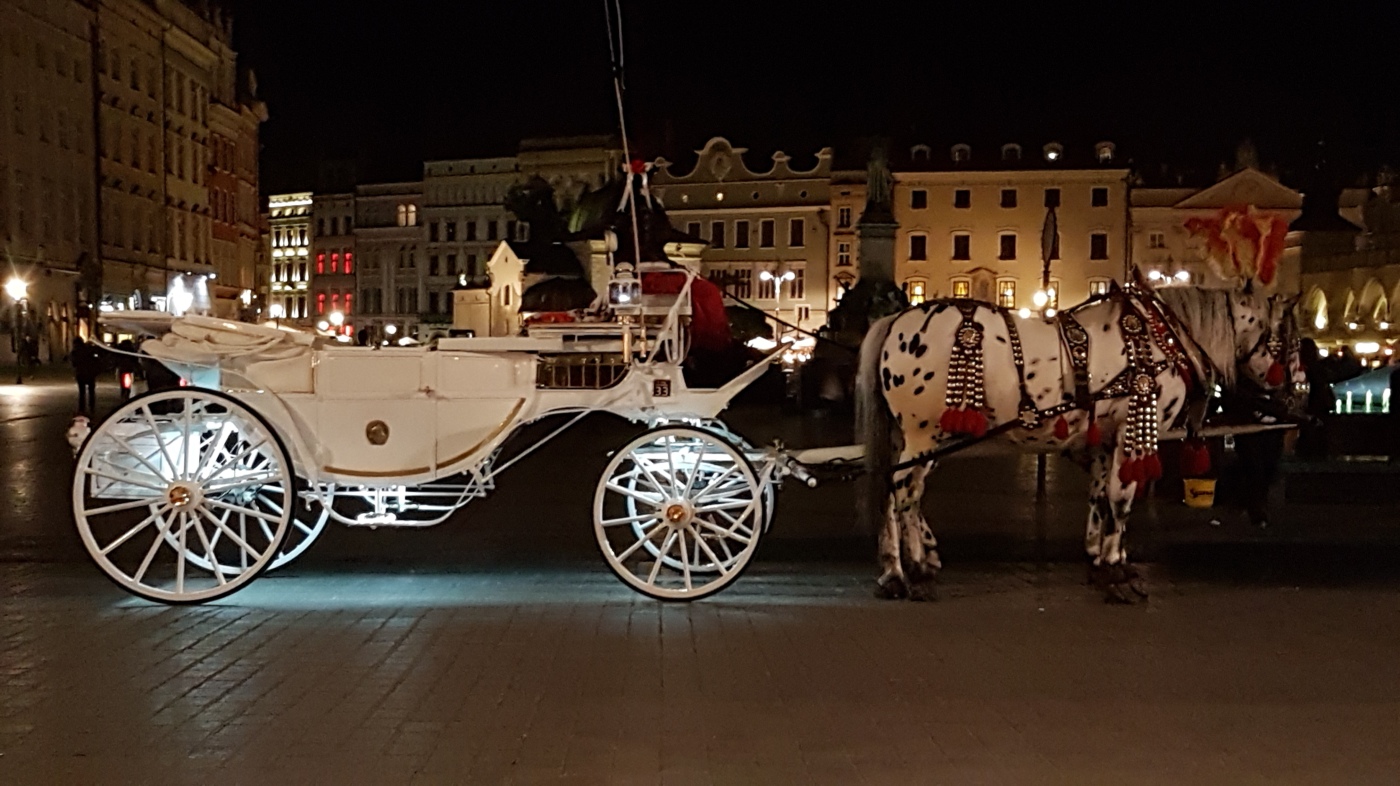 When we got back to Krakow from Auschwitz we were quite exhausted but keen not to waste an evening and we really needed a lift after that full on day. So we cleaned ourselves up and headed back to the Old Town.

Poland is known for its flavored vodkas and we had seen a tasting set at the bar we had eaten at the night before so we figured we had earned them. Being the outrageous pair that we are, we shared the set of 5 shots!

We ate there again, this time delicious pierogis and having a tip from a friend about great desserts in the square we left to find those. But first, a carriage ride.

The ride took us through the square and up to the Wawel Castle. The carriage was lovely, with blankets to put over us if we were cold and the most beautiful horse. There were quite a few carriages in the square giving rides, all impeccably detailed and lit up from underneath creating quite a spectacle.

Now it was time to see if my friend’s recommendation for dessert was a good one. The restaurant was right on the edge of the square and didn’t disappoint. Being in the square it was much more expensive than the little bar where we had dinner but to be able to sit there and watch the people and horses was a fabulous way to end the day. And expensive in Poland is still cheap anywhere else.

Next morning we hit the city, ready for our first real daylight look at it. My lonely planet guidebook had a suggested walk through the city and we figured that was as good a plan as any. Planning to stop wherever looked good we started at the top end of the Old  Town. 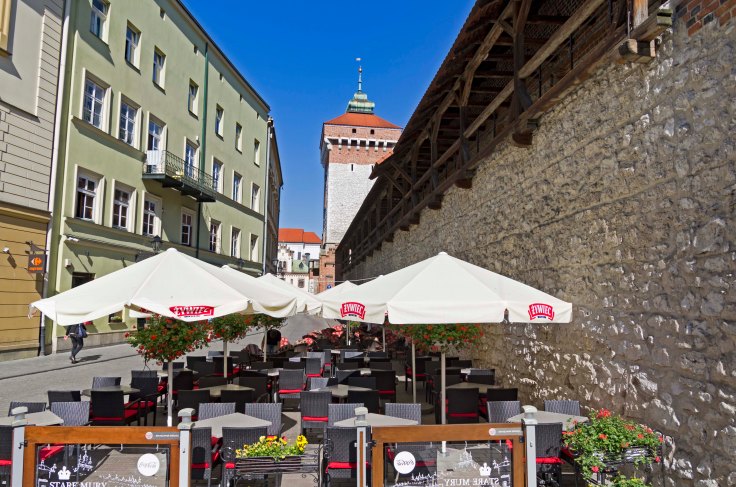 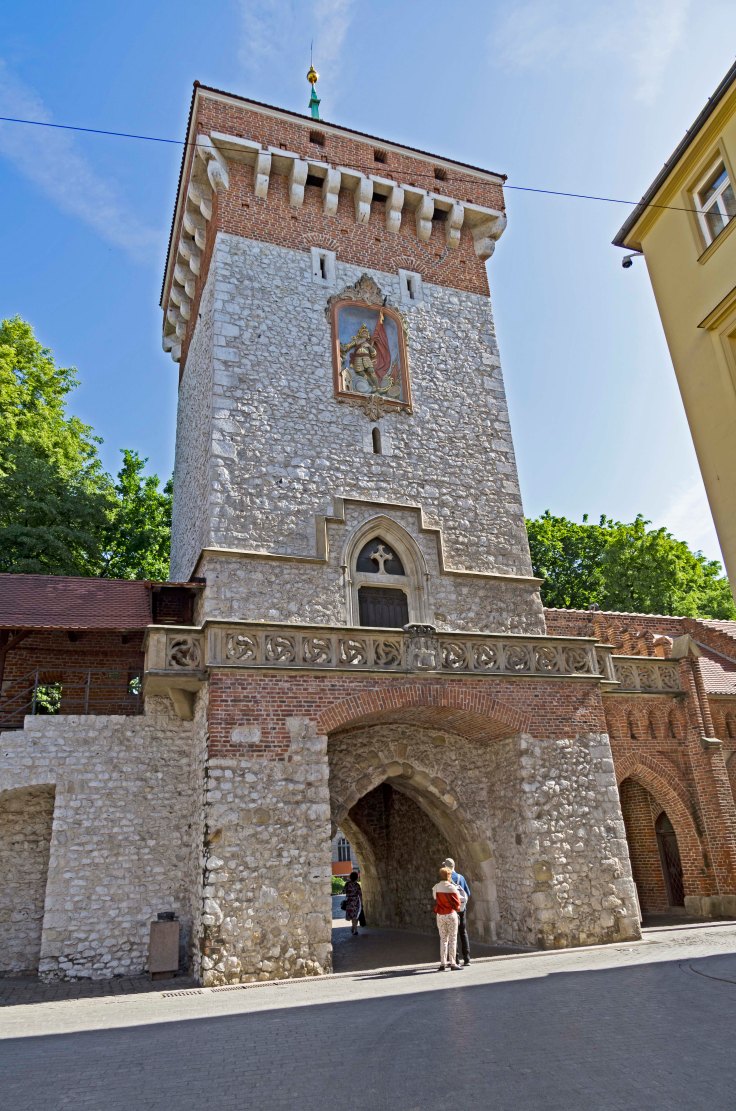 In the distance we could see our first stop, St Mary’s Basilica. 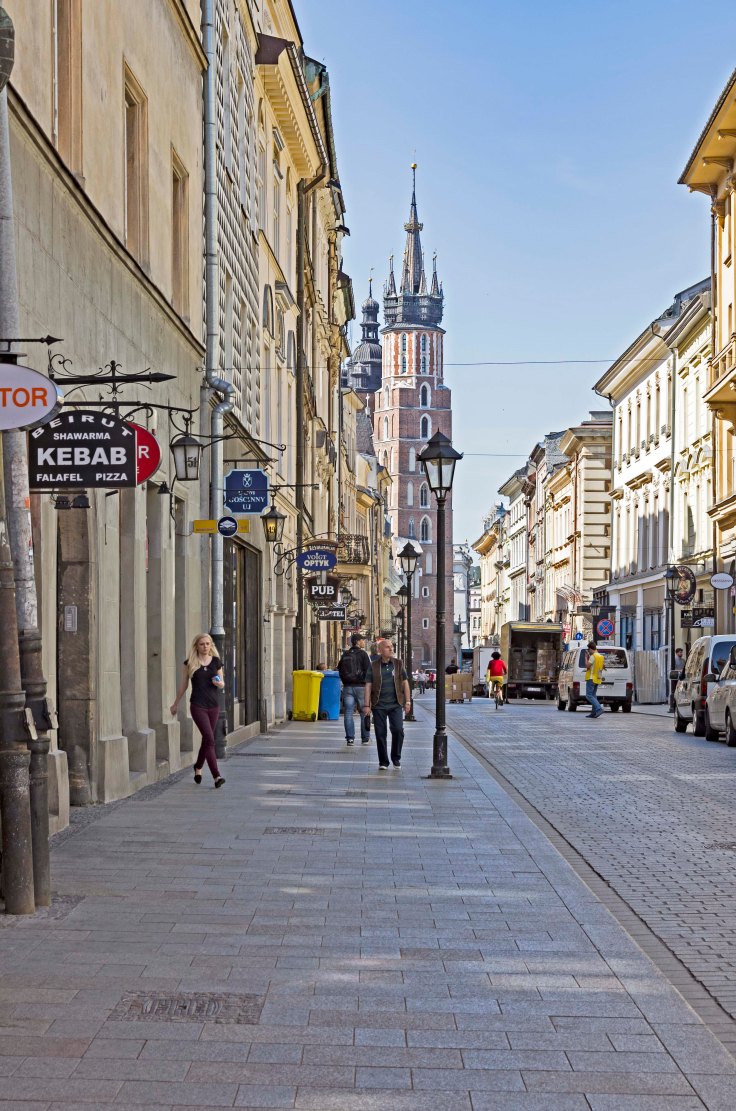 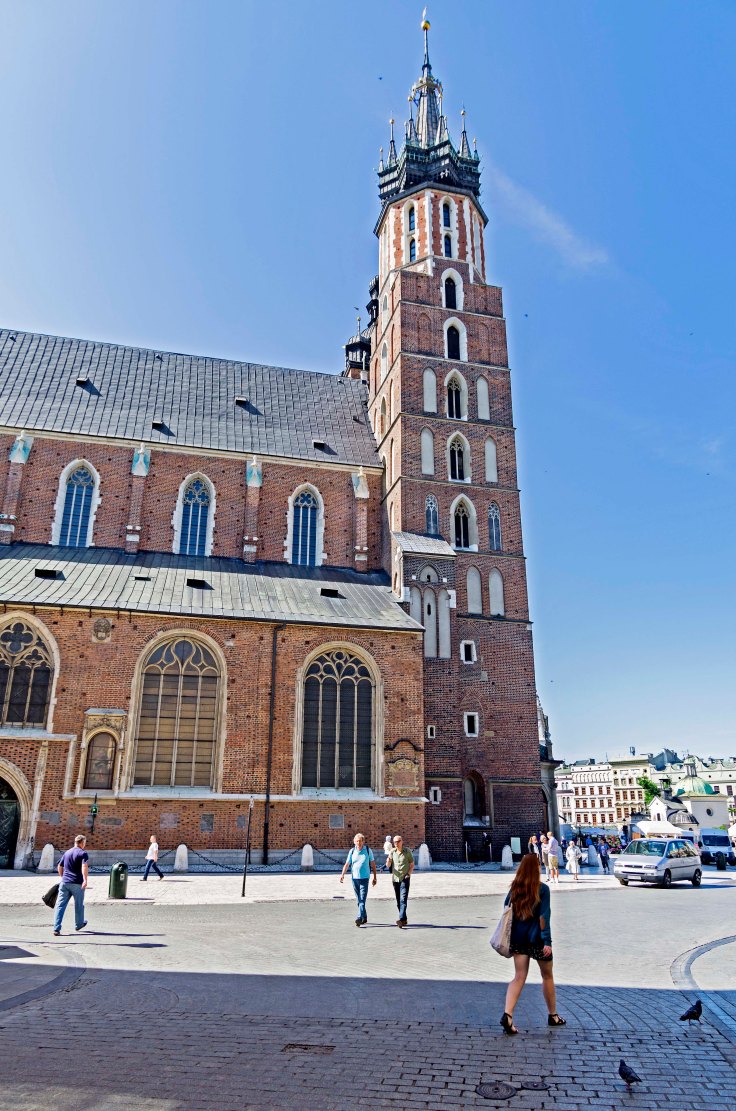 Every hour a trumpeter climbs the steps to play the trumpet across the square. He plays the  same thing in all four directions from different windows. It was quite cool to be up there when he was.

And the views were incredible. 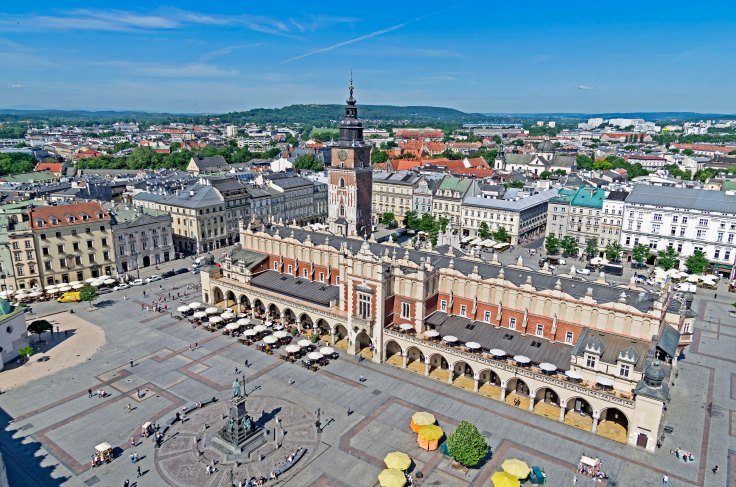 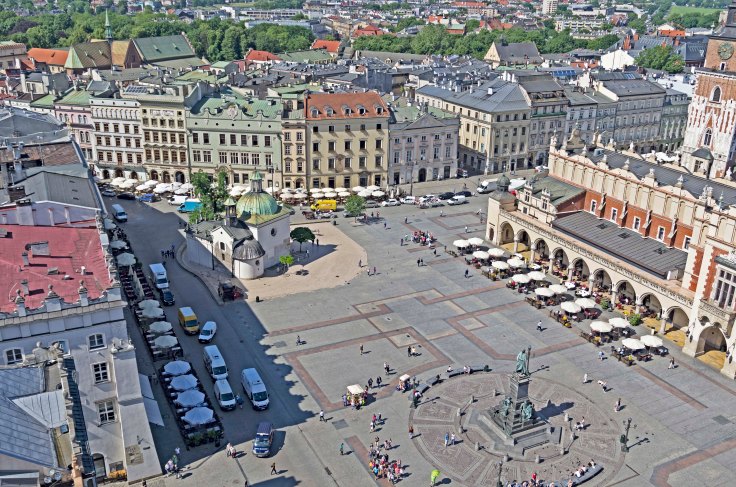 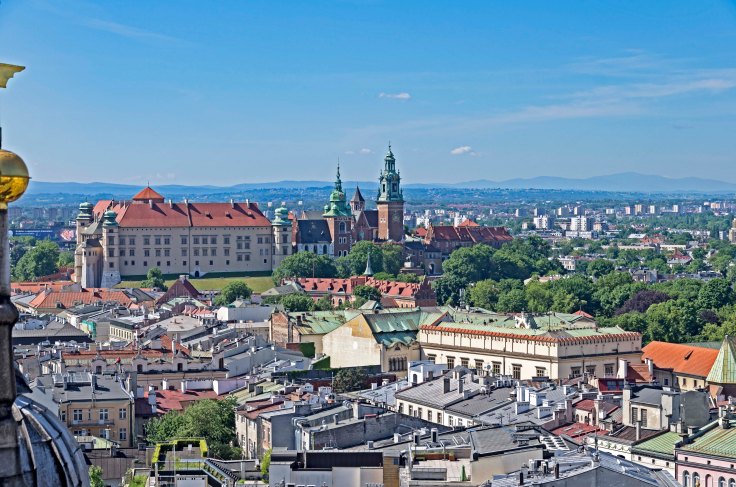 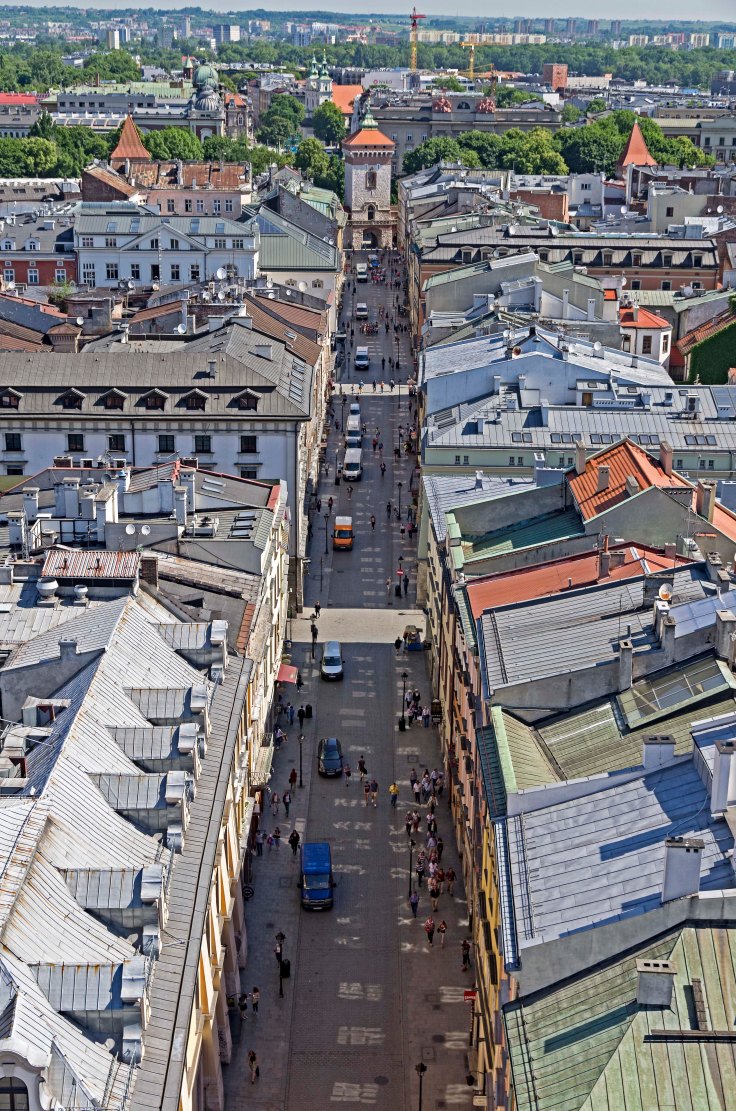 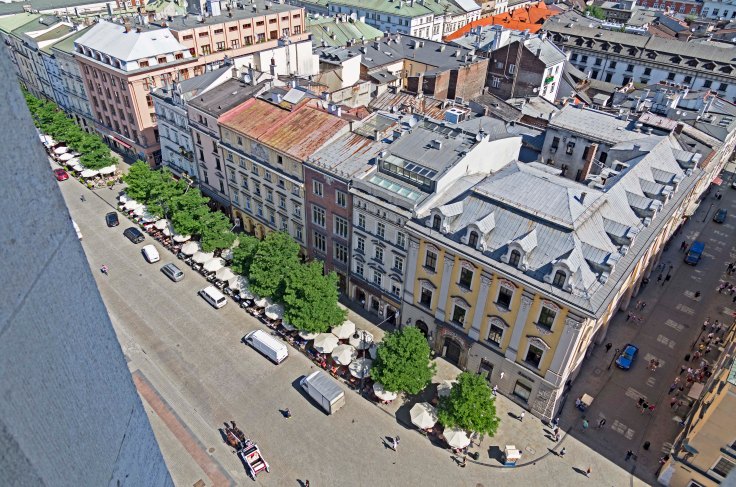 Back down we explored the square a little more and hit the cloth hall for some souvenirs. 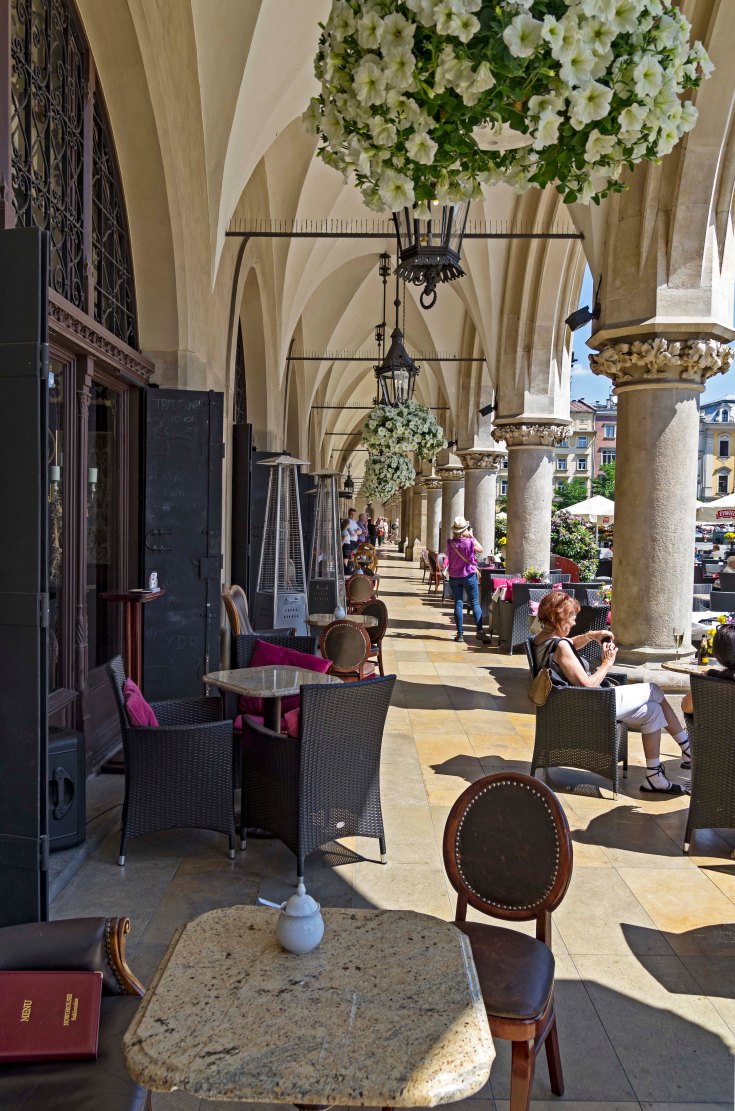 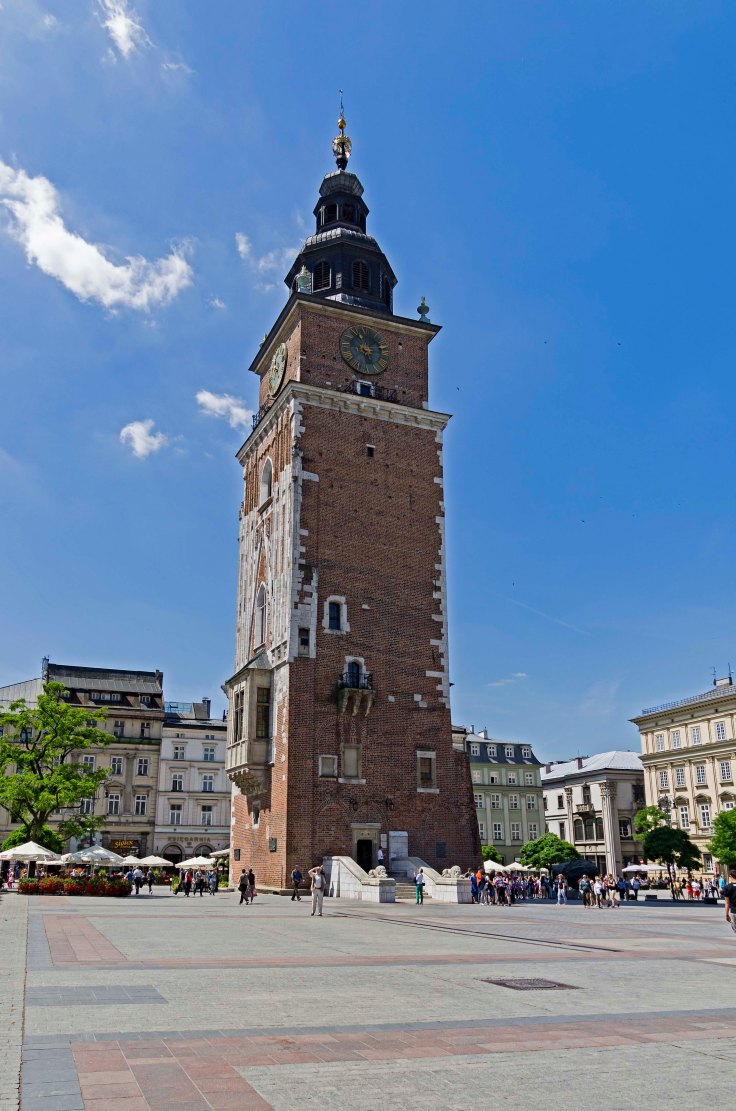 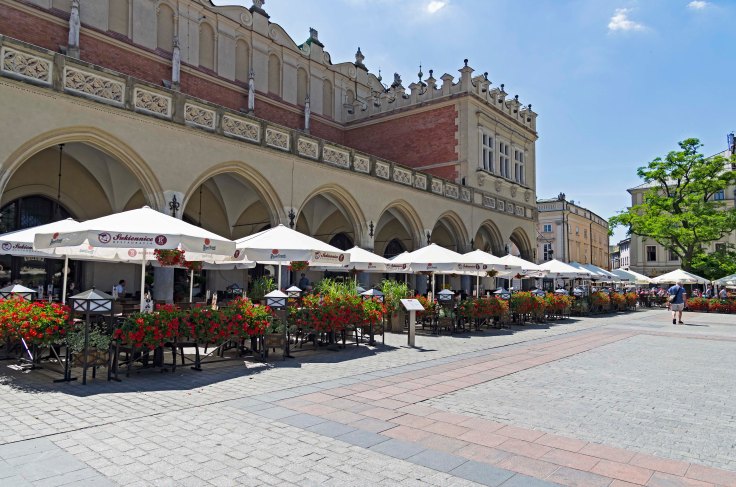 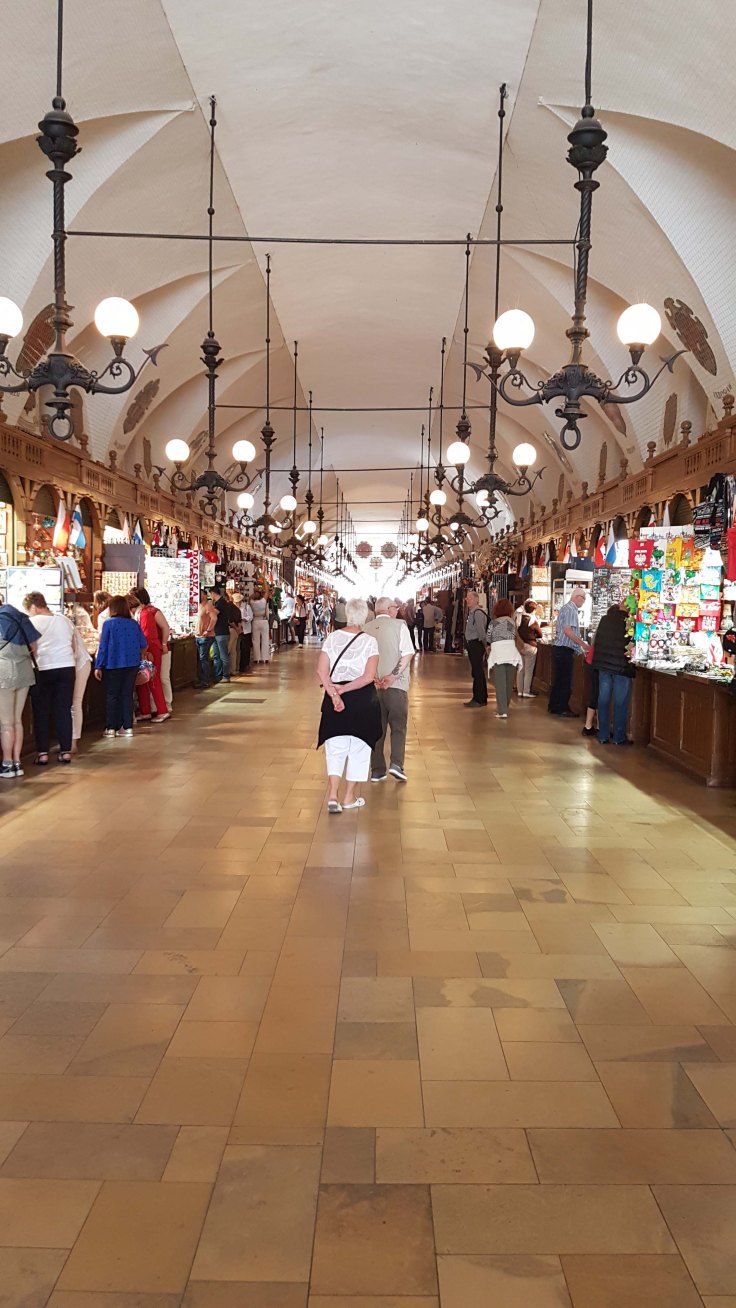 Next set of steps in our way were the town hall steps. Another set of great views. 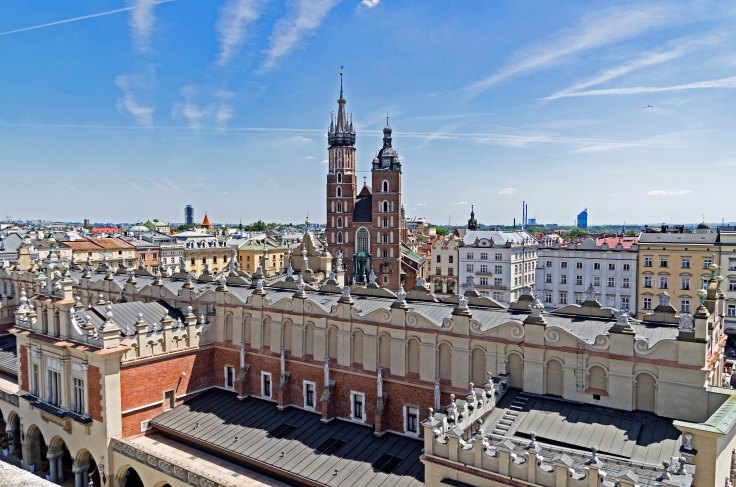 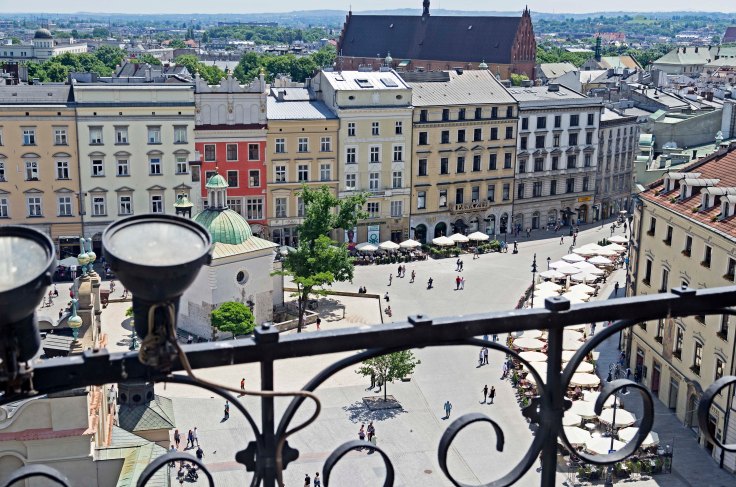 A few more shots of the square before we moved on. 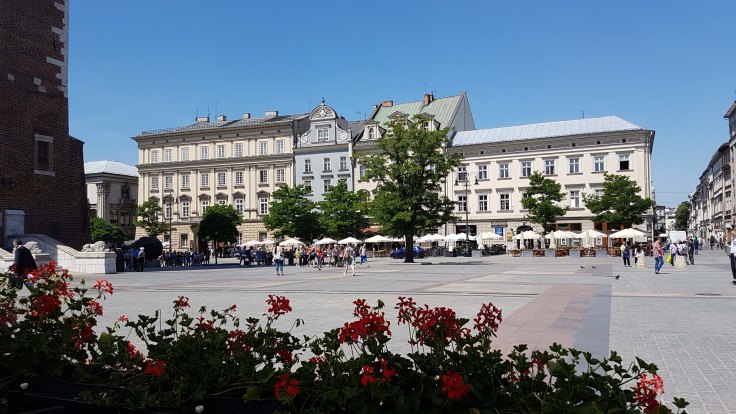 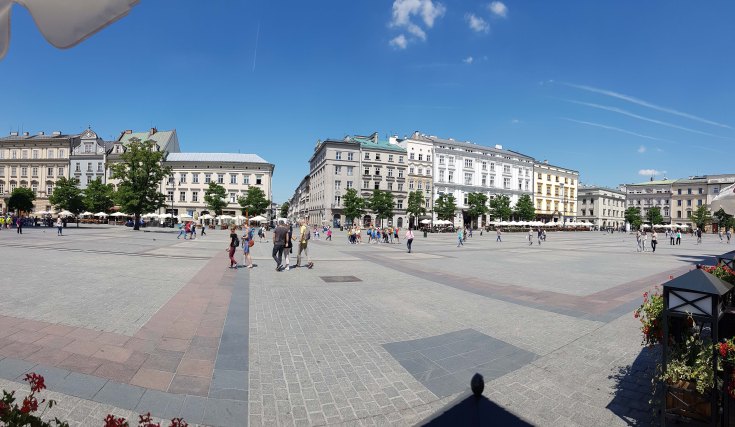 Next stop was the Jagiellonian University, Poland’s oldest university. 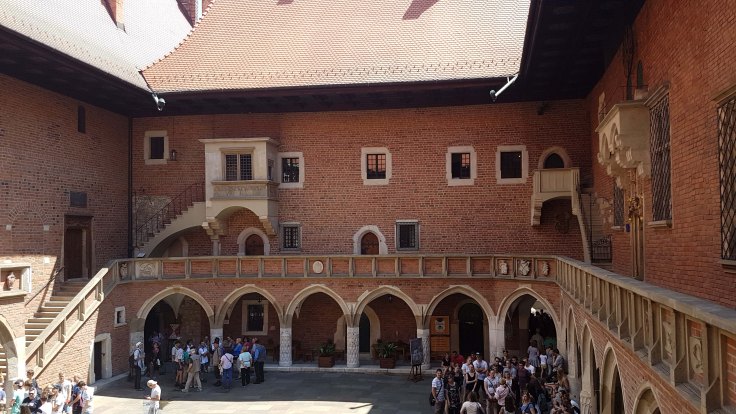 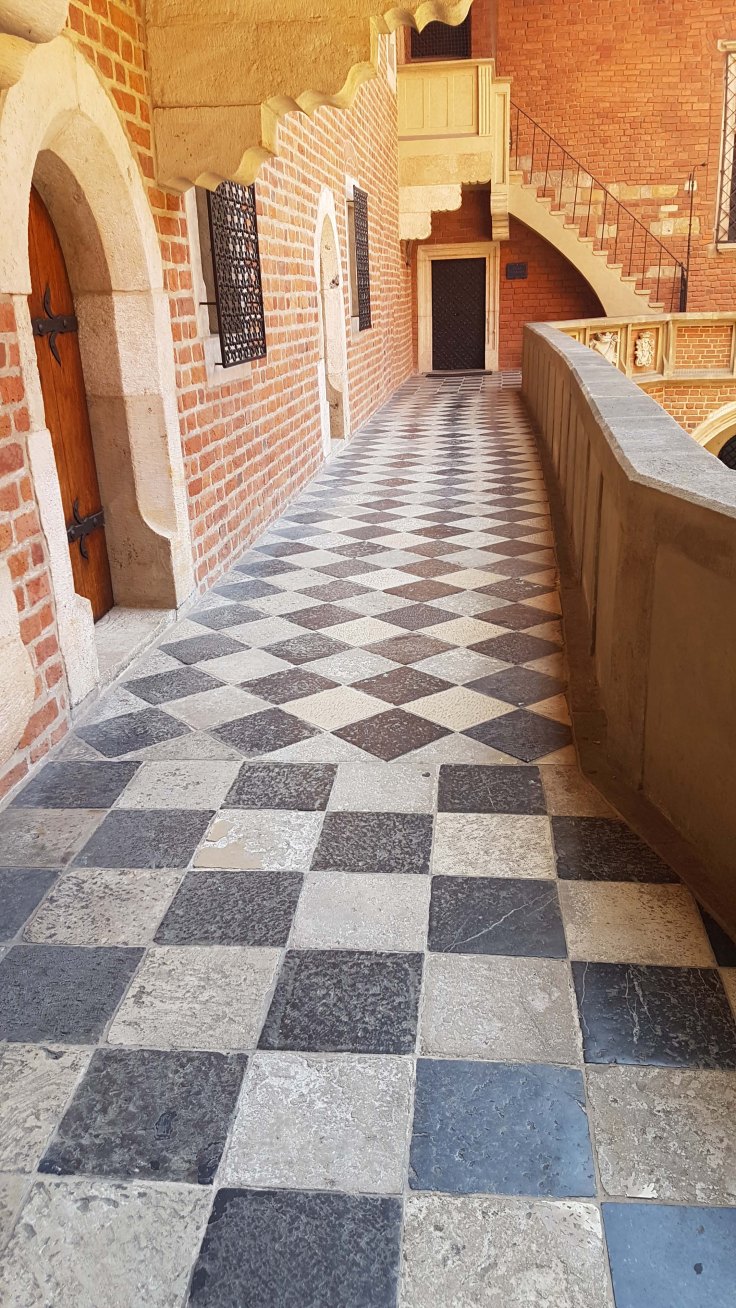 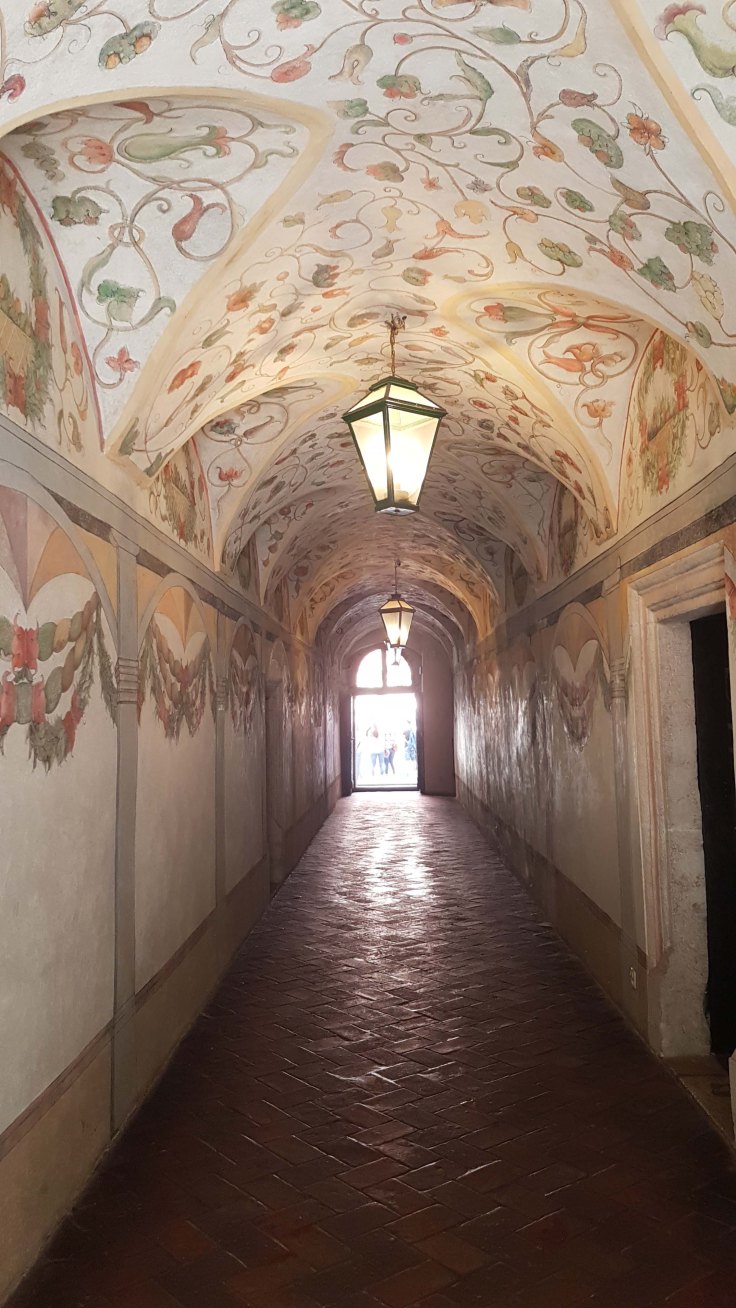 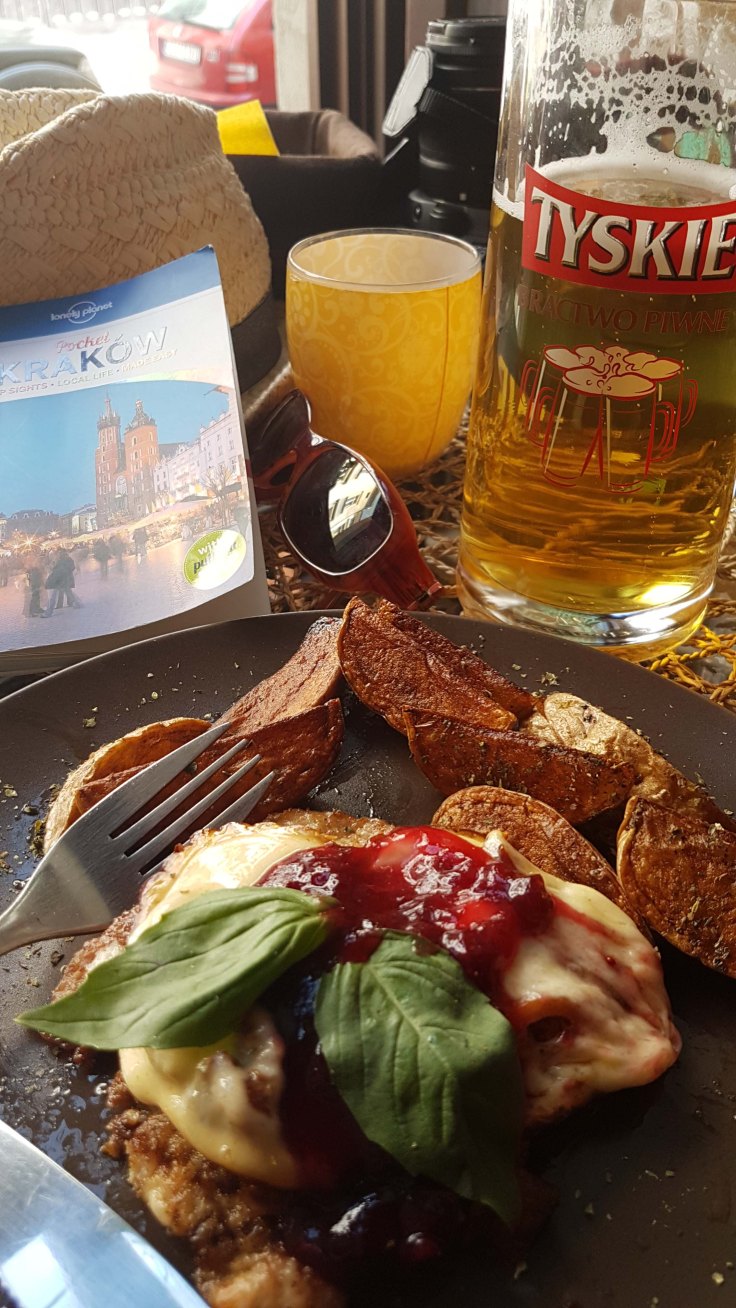 After lunch a visit to the spectacular Church of St Francis. 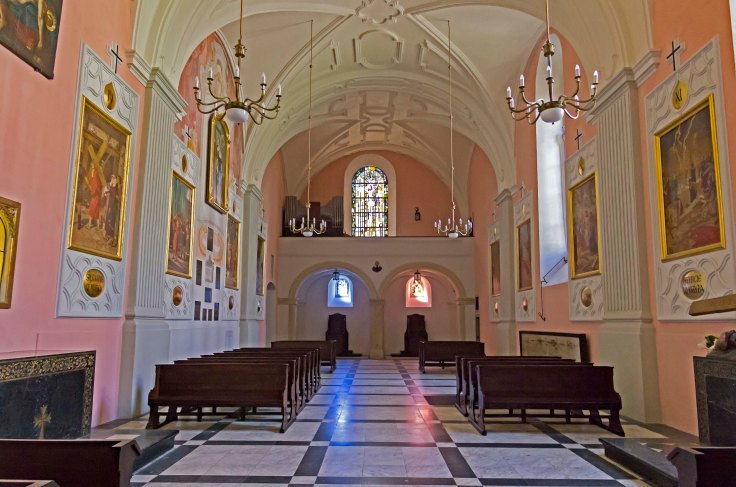 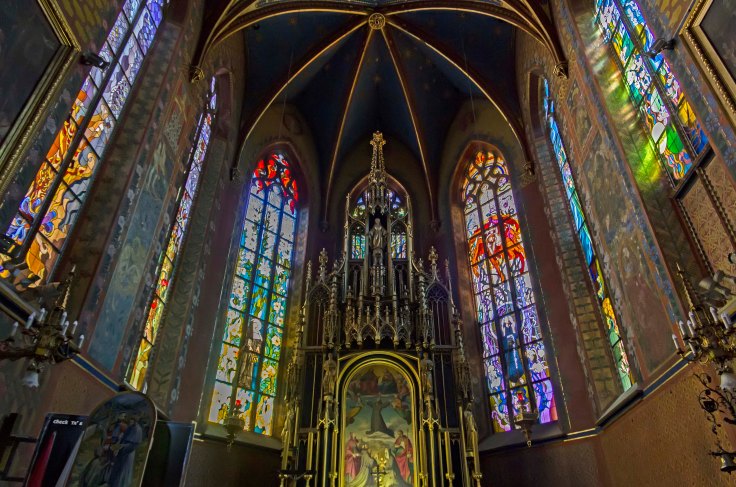 We eventually made our way to Wawel Castle. The home of the dragon legend that you see everywhere as a symbol of Krakow. Also home to Pope John Paul II and, a name familiar to Australians, a statue of Tadeusz Koscuiszko, and yes, we say it incorrectly. 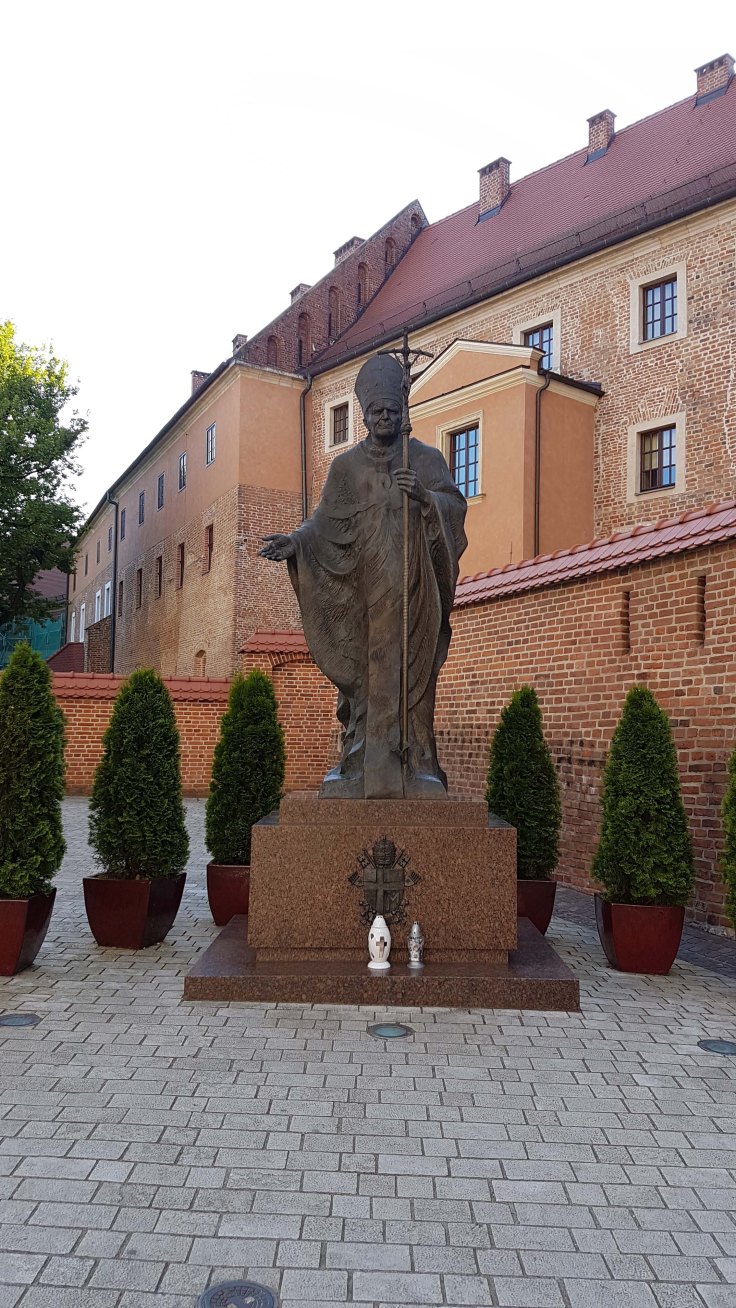 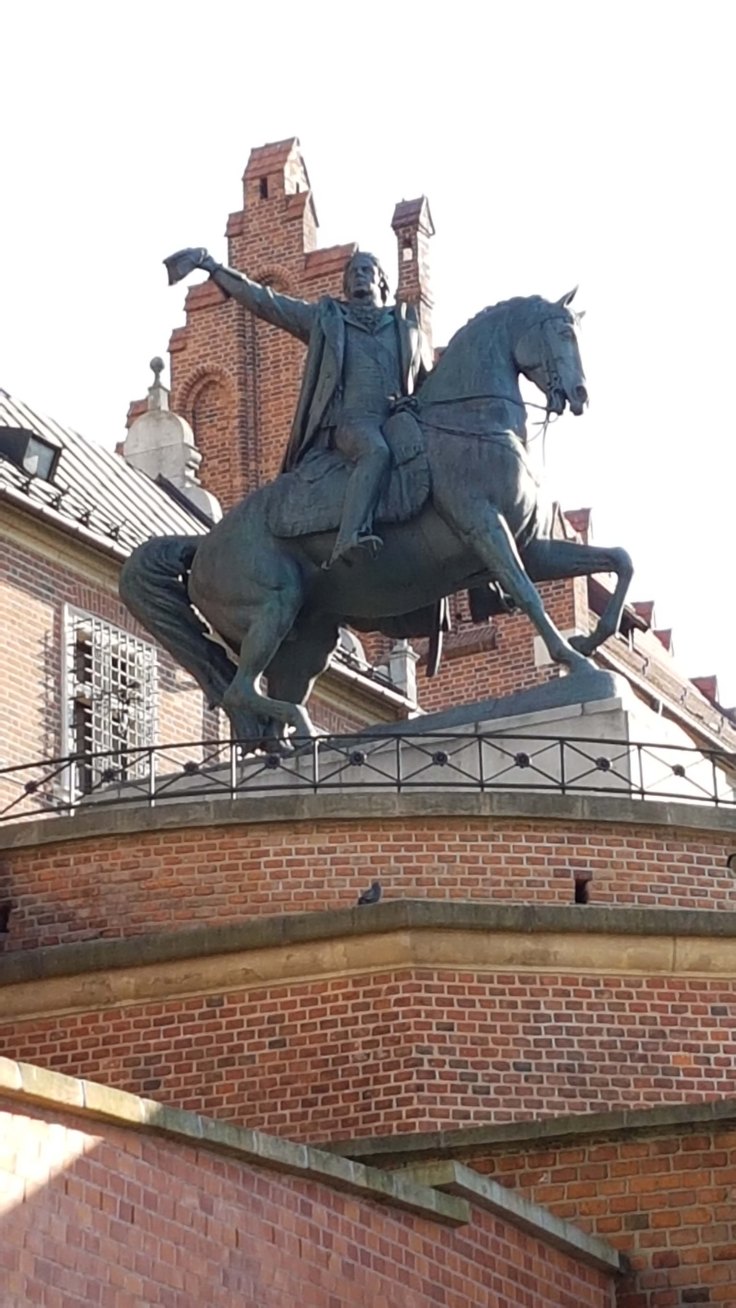 Leaving the castle we wandered via part of the Jewish quarter back to our apartment. Not by intention, we had just lost our navigating abilities by that stage. But at least we would recognise it when we headed back the following day!

Another long day. This time dinner was pizza at the pub near our apartment.