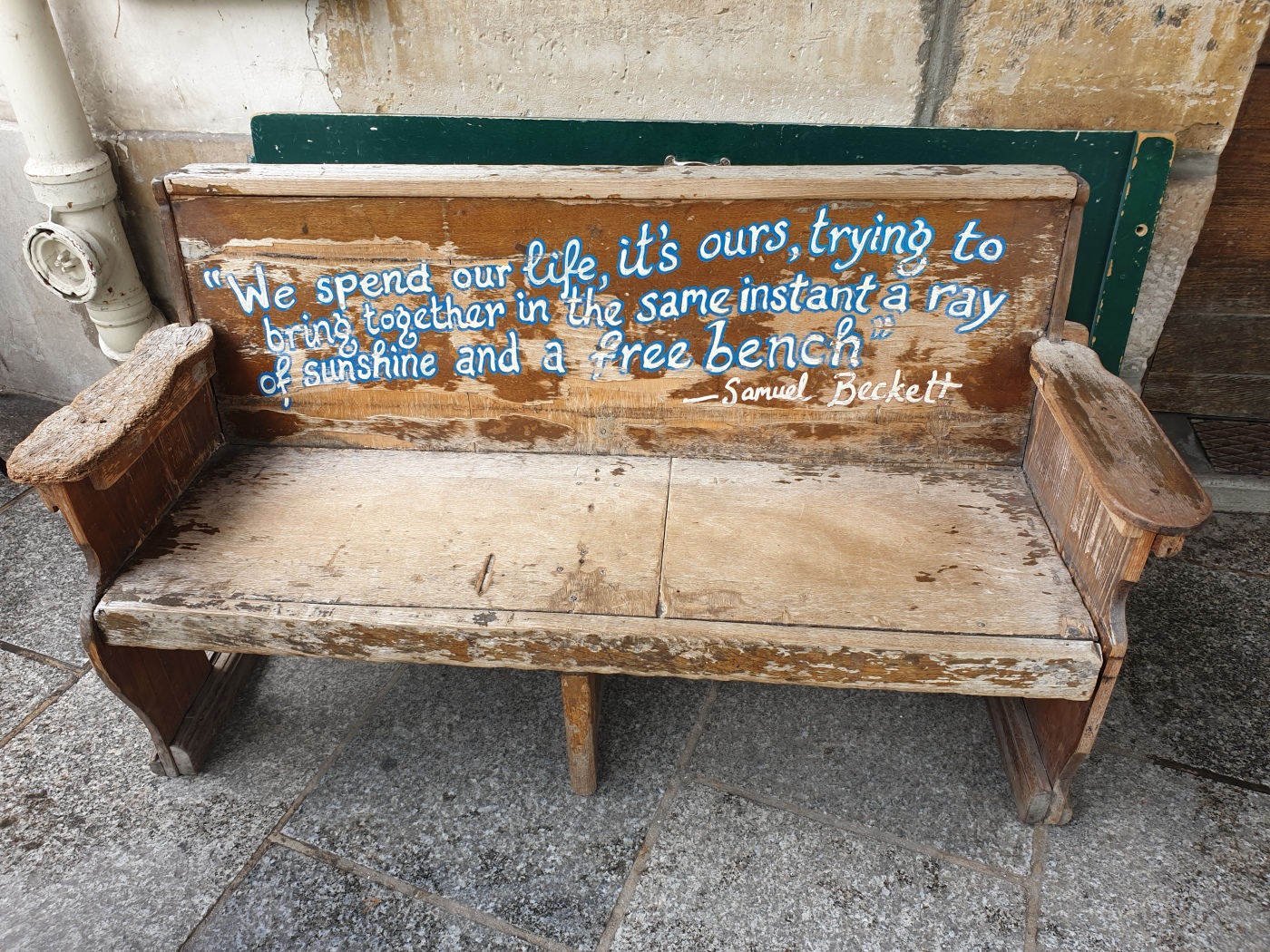 Finally writing up my 2019 trip

My third day in Paris started as any other day, with a trip on the metro. This time to Arenes de Lutece. I had visited in 2014 and found it such a beautiful peaceful oasis in this busy city and wanted to stop by again. I had plans later in the morning on the left bank so I made this a stop on the way. Once again it was just a lovely place to sit and ponder, and take photos

From there it was a walk to Rue Mouffetard  for a walking food tour, again run by Paris by Mouth. This was a bit different to other food tours I had done in other countries. We wandered along the Rue and visited several shops collecting delicacies that we then ate as a meal in a wine store, with wine of course. It was enjoyable and informative but didn’t have the abundance of similar walking tours I had done.

After the tour I had to make my way to Montmartre to meet a Paris Greeters guide for a personal tour of Montmartre. But first a wander through the Latin Quarter

The walking tour of Montmartre was quite wonderful. We walked for a couple of hours and the local guide showed me, and told me the stories of all the Montmartre landmarks I was fascinated by and many that I didn’t know of. I highly recommend these walking tours, it was free but I gave a donation to the organisation.

The guide left me at Sacre Couer, one of my favorite buildings in Paris and one I had visited, and climbed back in 2014. But hey, why not do it again. A double rainbow appeared for me at the top of the climb.

Another long day complete, capped off with some local goodies for a light dinner