My third full day in Europe brought yet another early start. I was ready to leave Germany, well not really, I’d happily live there, but my itinerary was ready for me to leave. Next stop Bologna. I think I said in an earlier post that food was a big motivator in my planning so for Italian food Bologna was a natural choice. It is in the heart of Emilia-Romagna, the home of parmigiano reggiano, prosciutto di parma and balsamic vinegar of modena. More on that in a couple of days.

Once again I was back at Munich hbf, this time to say goodbye to Germany and board my train. 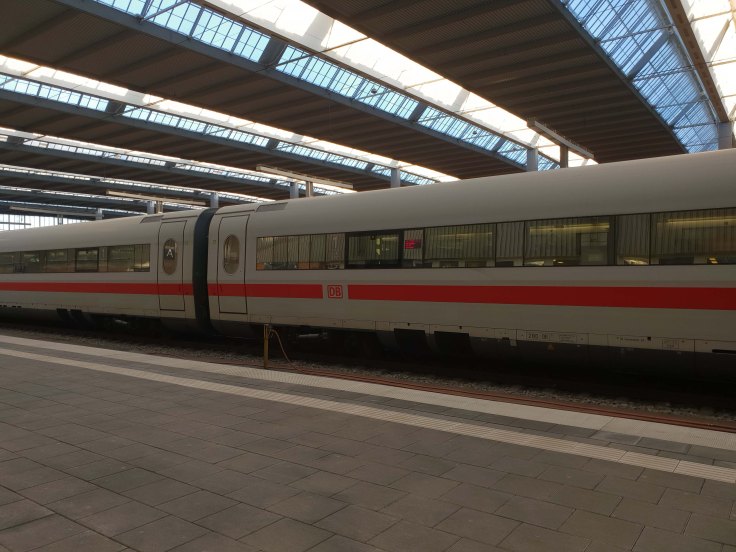 I booked a first class seat, the trip is about 7 hours, so I wanted to be comfortable. I booked a seat in a carriage with some compartments that only have 4 seats and I had it to myself for most of the trip. Time for one last German pastry as we departed.. 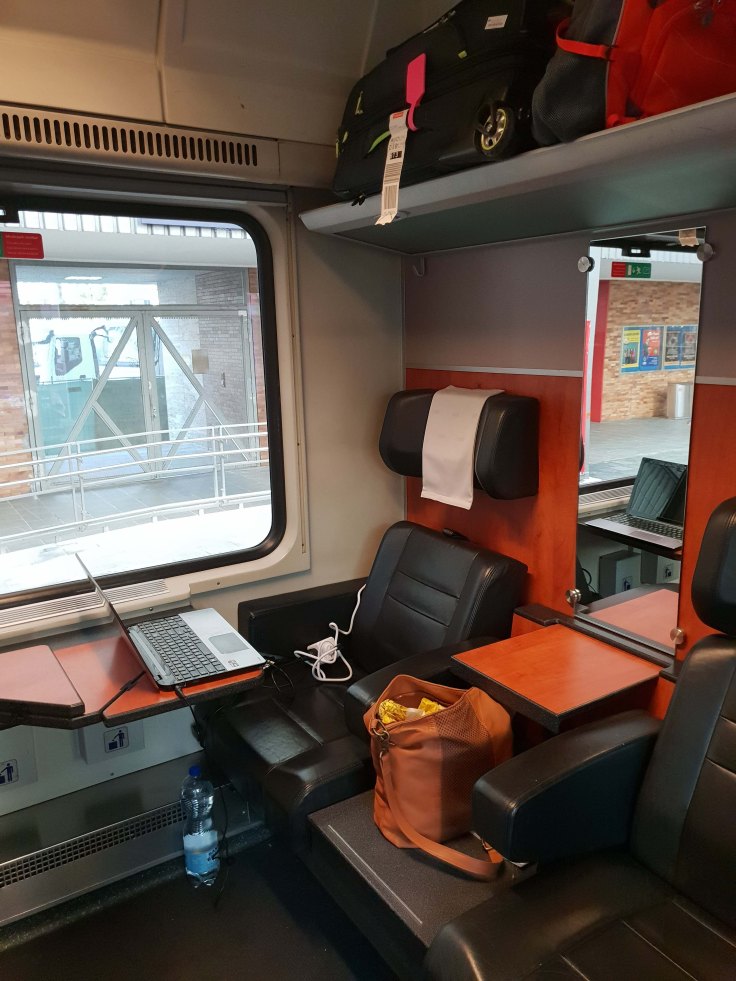 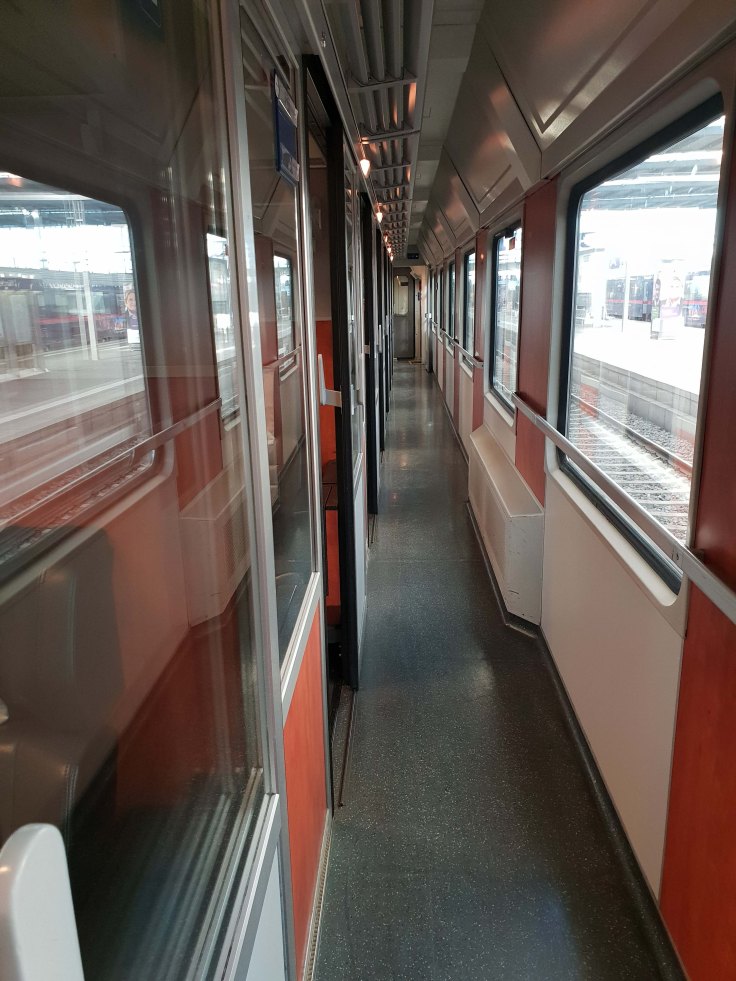 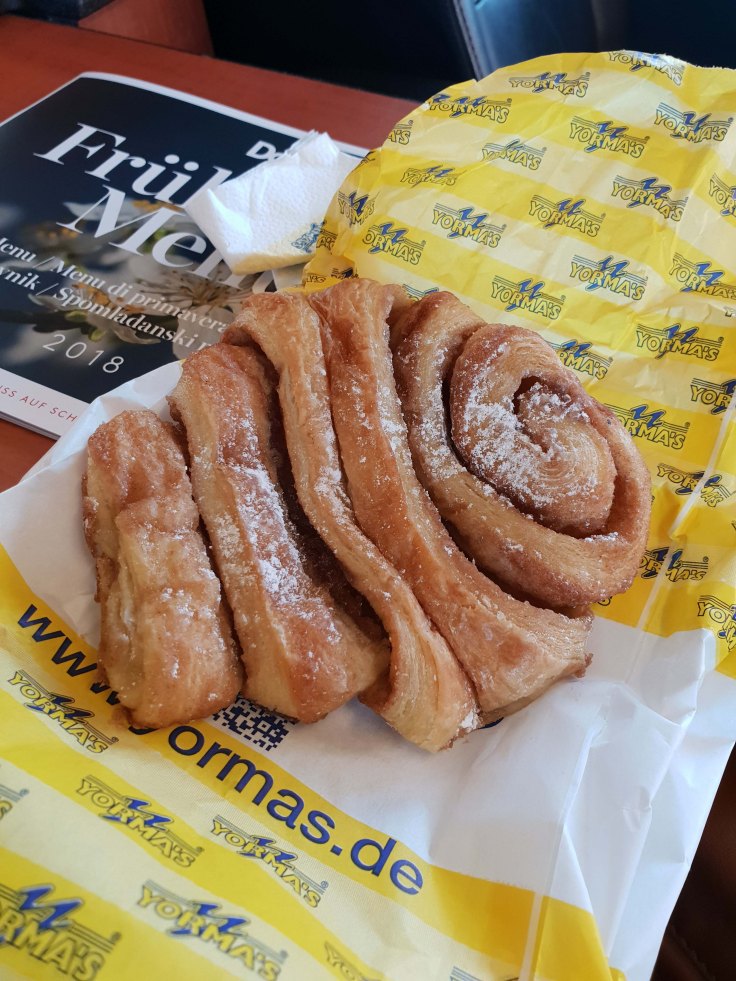 The train from Munich to Bologna is a long, but not unpleasant, journey. Four years ago when I travelled from Munich to Venice I had taken the same train as far as Verona. The train travels through the Austrian Alps and Northern Italy. The scenery of the trip is quite stunning, I remember last time thinking I would sleep the trip until I saw the scenery and spent the entire trip taking photos. This time I sat back more and just enjoyed it.

Being in first class there was service to the compartment so I was able to order food and drinks without ever leaving my seat. I had a lovely cooked lunch while watching the scenery go by. So different to train travel in Australia!

The train passed through the Tirol to Innsbruck, then through the Brenner pass, famous for a meeting between Hitler and Mussolini, into northern Italy. Interestingly this part of Italy has everything signed in both German and Italian. I was joined in my compartment by a lady from Bolzano (Bozen) for part of the trip and she explained the strong German heritage in the area. 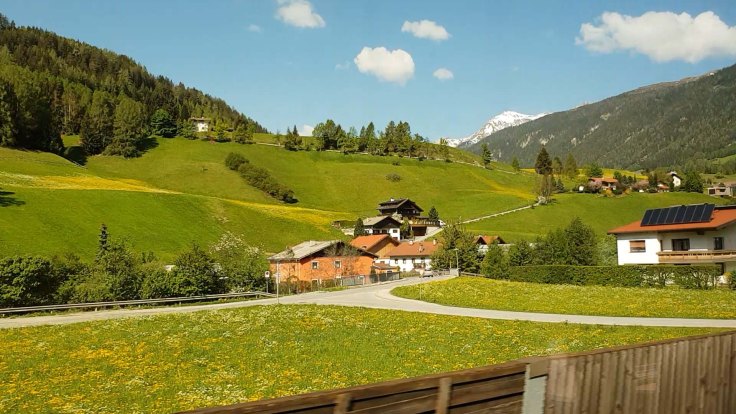 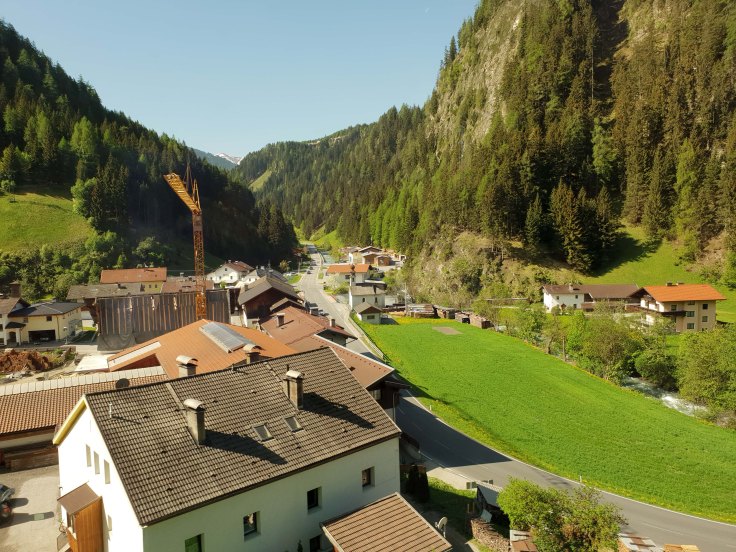 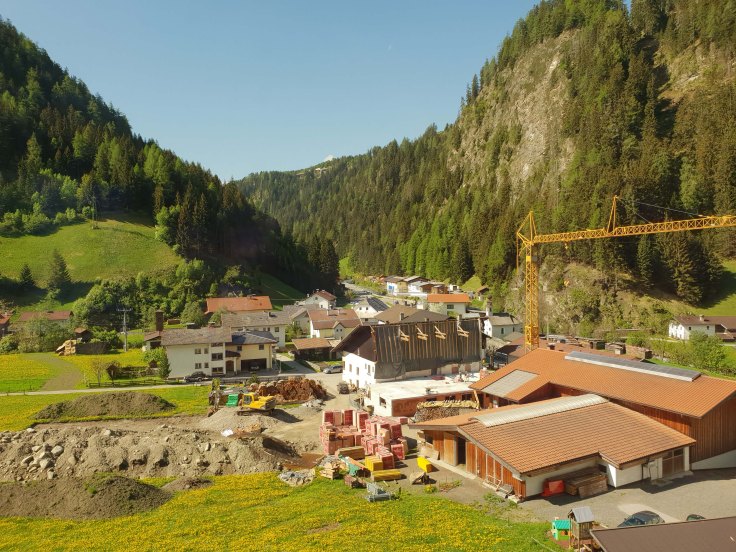 Finally about 7 1/2 hours after leaving Munich I arrived in Bologna. Changing countries is always fun. Unlike my trip to Central Europe a couple of years ago I had no currency change issues this trip but I did have to be mindful of language and other peculiarities. I say language but don’t think I am any kind of multilingual, I simply make sure I know hello, goodbye, please and thank you in each language, especially hello and thank you. I am always mindful to get those right. As for other peculiarities, traffic is a big one. I had just come from Germany which is much like Australia in that we cross at crossings, wait for lights, very orderly approach to traffic. On exiting Bologna station I walked up to an intersection with a Germany mindset to wait, then watched everyone around me just walk across and remembered I was in Italy now and followed them!

Bologna was my first new place to stay for the trip. I had been to Italy before but never Bologna, so it felt a little familiar, yet different. I straight away saw why it was known for its porticoes. The entire city is shaded by them. Big impressive buildings with lovely arched porticoes all along the 20 min walk to my airbnb.

My airbnb was located in a private building up three flights of stairs. My host met me there and showed me around. He even explained to me where to reset the fuse box for the building if I blew them with the air conditioning. Hadn’t planned to use it, really wasn’t going to now 😀 The apartment was lovely and had a window looking out onto the busy street that runs past Piazza Maggiore. I was a stone’s throw from the heart of historic Bologna. The room was really well equipped with a kitchen and beautiful bathroom. I was pleased with my choice of accommodation. And it had a washing machine, which was put straight to work.

Then it was time to explore Bologna. I had a busy schedule for my three nights here with the 2 days full out of the city, so this afternoon and the morning before I left were my chances to see Bologna itself. Again I had probably over scheduled myself and should have spent more time in the city, but it is hard to resist the temptation to try to see everything when you travel as far as I do to get to Europe. And my plans for the next two days were pretty special.

But first Bologna. I explored the area around Piazza Maggiore and the quadrilatero, starting with the Basilica that overlooks Piazza Maggiore, Basilica di San Petronio. A beautiful building but what really captured my attention were the groups of schoolkids sitting on the steps of the Basilica sketching the other buildings in the square and thought about how amazing it would be to do your art class in such a setting. 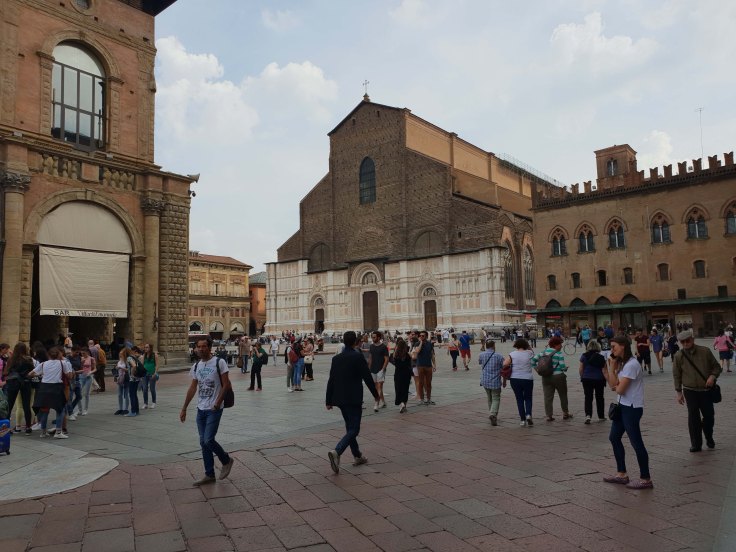 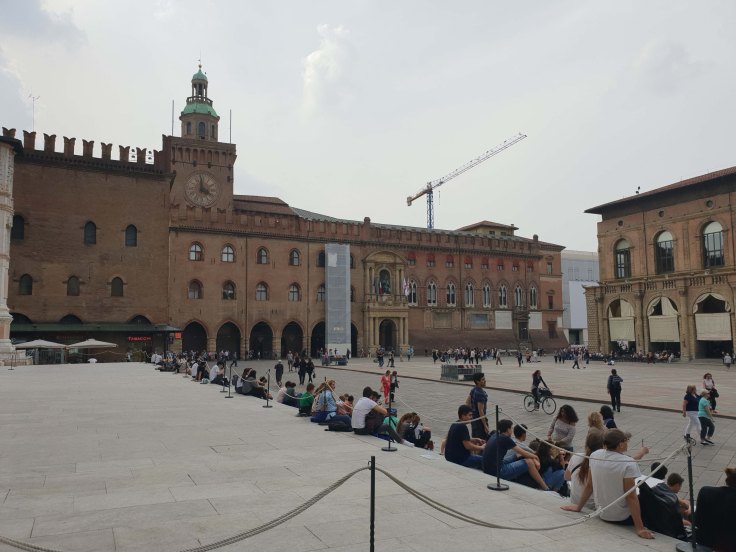 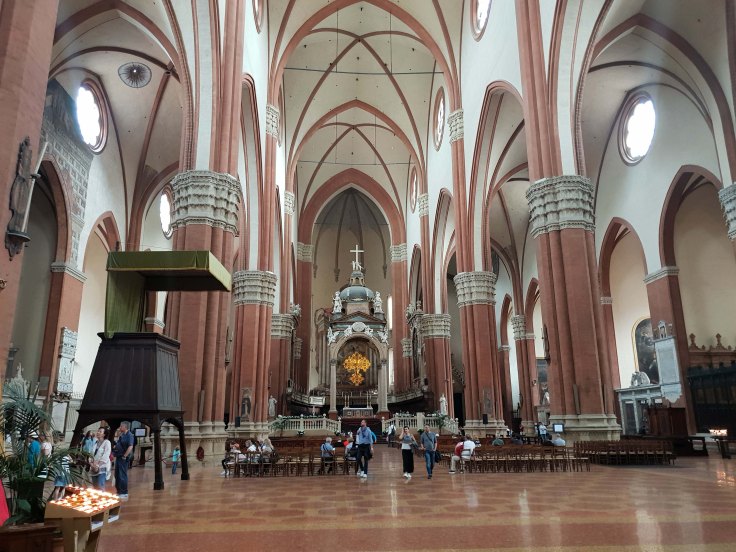 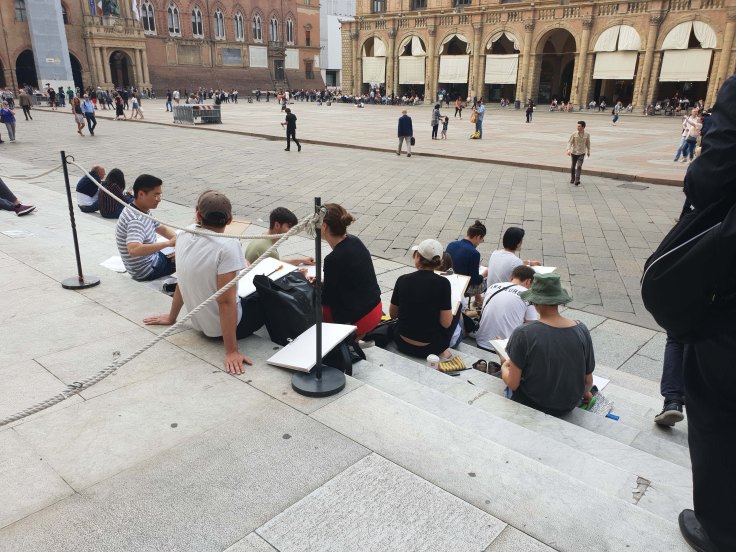 The quadrilatero are the streets running off one side of the Piazza that are filled with food, food and more food. This is Bologna. 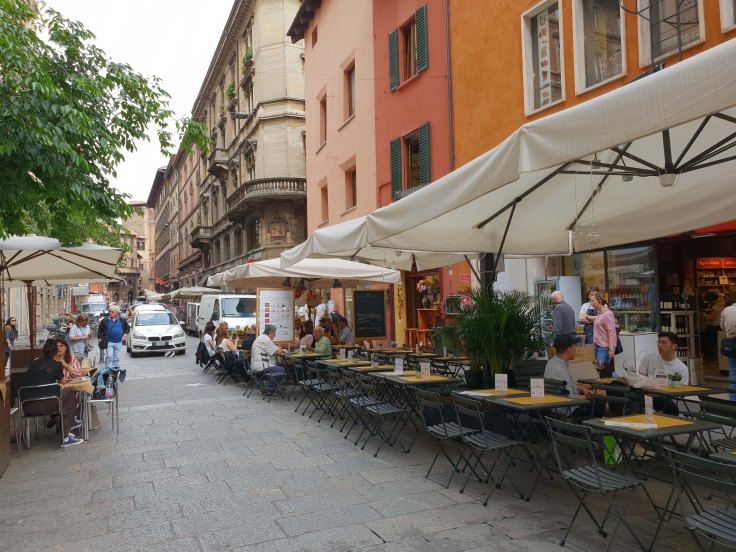 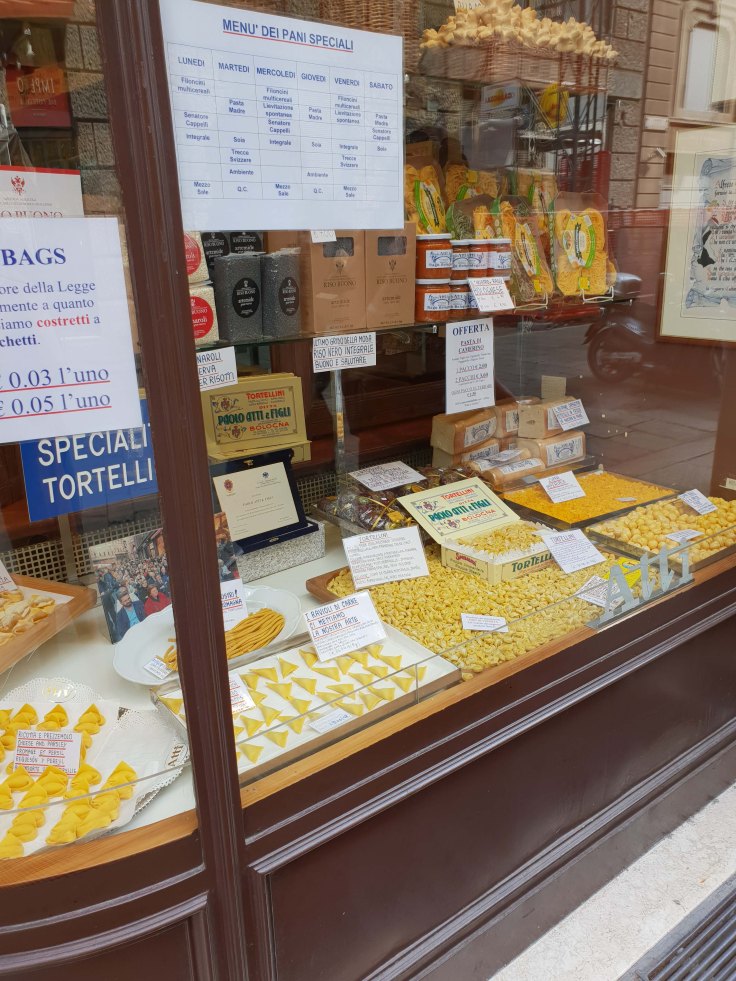 Bologna also has twin towers overlooking the historic centre, one on a lean greater than the tower in Pisa. The other peculiarity of Italy that I was quickly reminded of was the touting. Being approached by people as you walk along to sign up for something, which always involves handing over money. Yup, I was back in Italy, no I’m not interested…

I wandered and took in some more of the sights of the streets surrounding the Piazza. 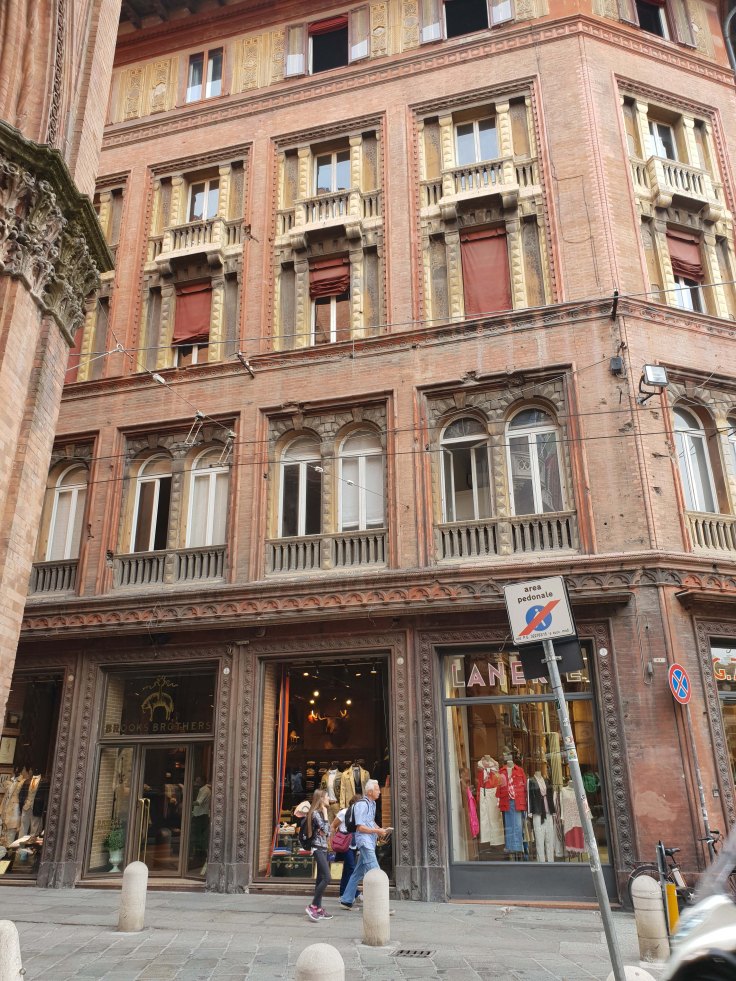 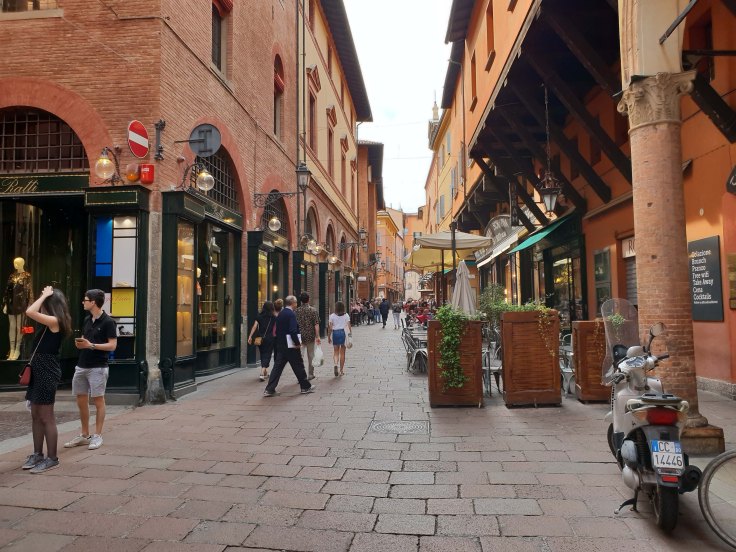 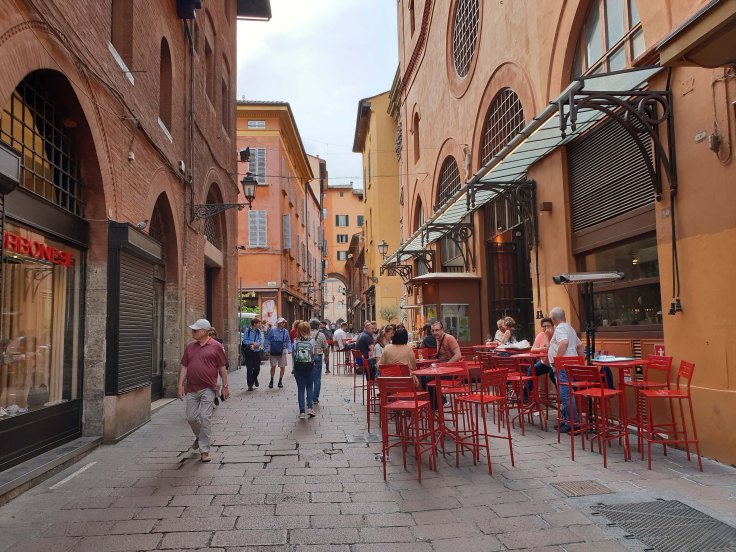 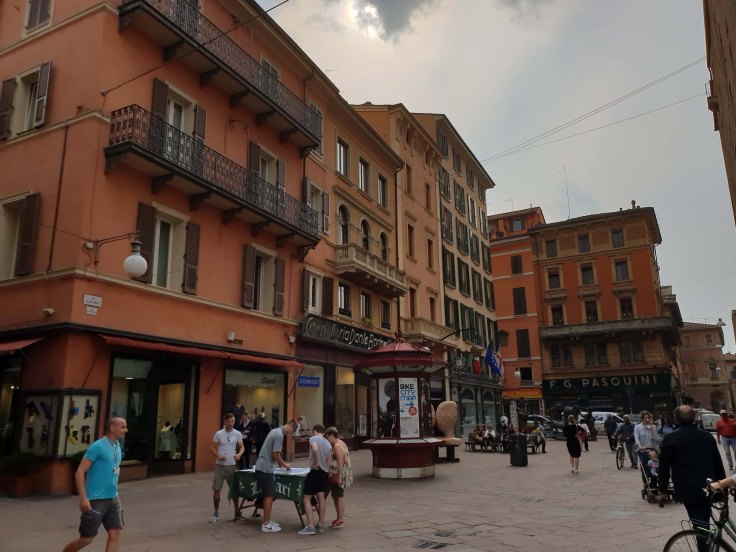 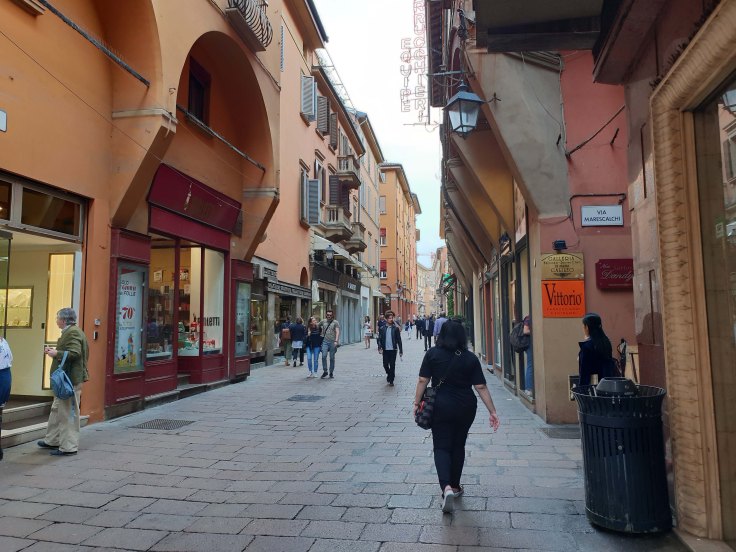 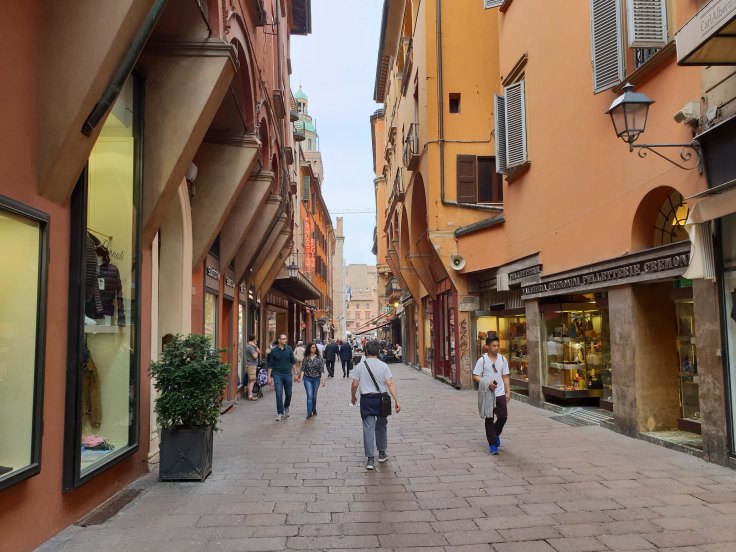 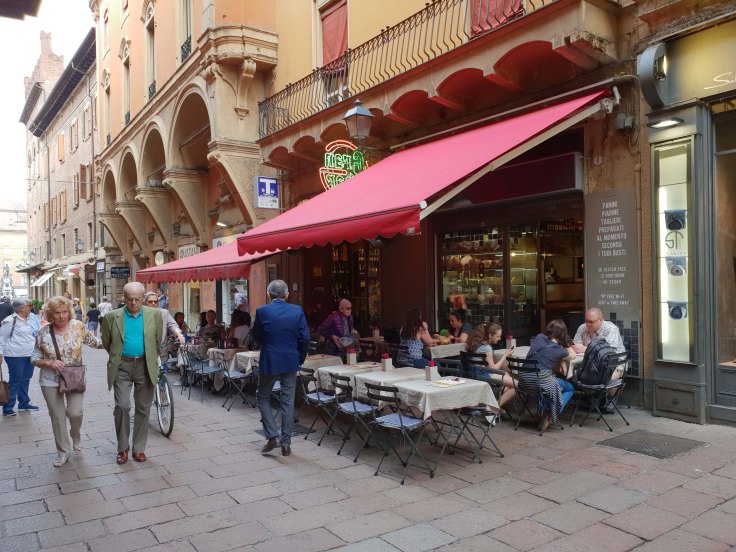 That evening I ventured back to the quadrilatero to find some dinner. After a wander I sat down at a place that looked good and found myself sitting next to a couple of Australian women. So I ended up having a lovely evening sharing travel stories and we even got crashed at one stage by an Austrian family that were heading to Australia later in the year and were able to give them some travel advice. Although I love dining in small local places, sometimes it is great to eat in the tourist areas and meet other like minded tourists, especially when travelling alone. I had a lovely meal of ragu, because Bologna. 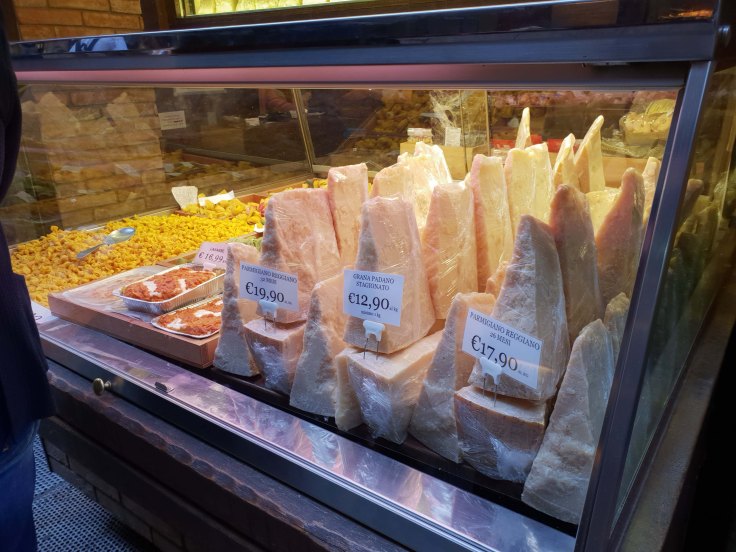 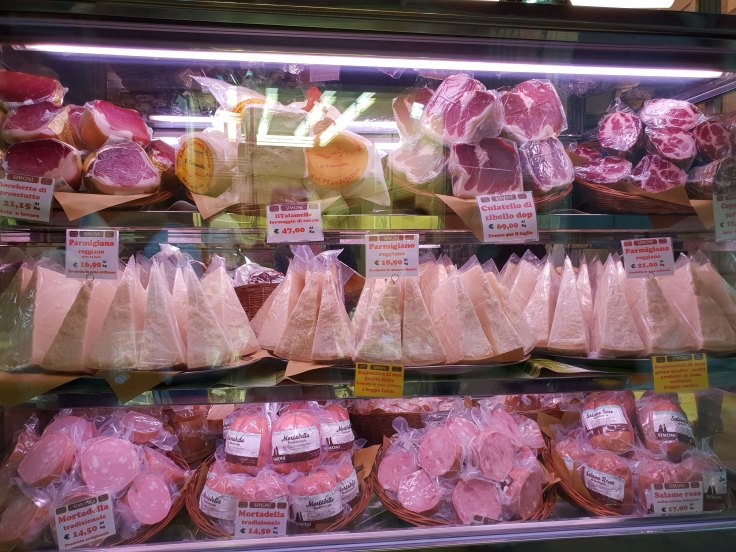 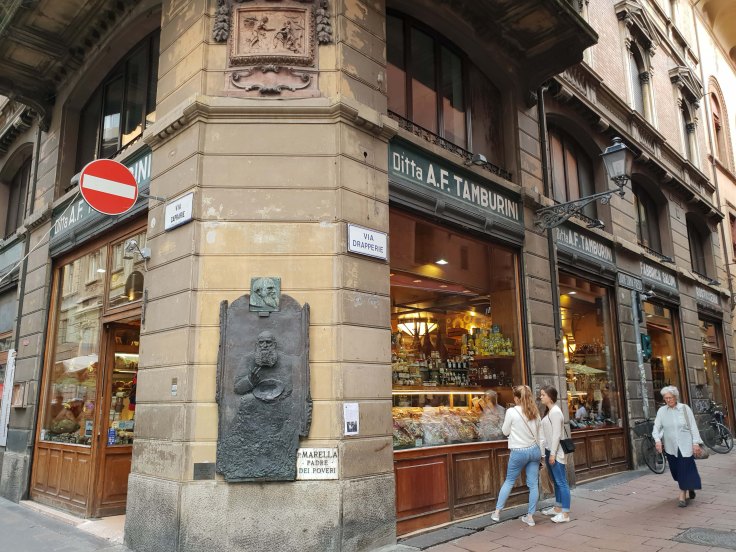 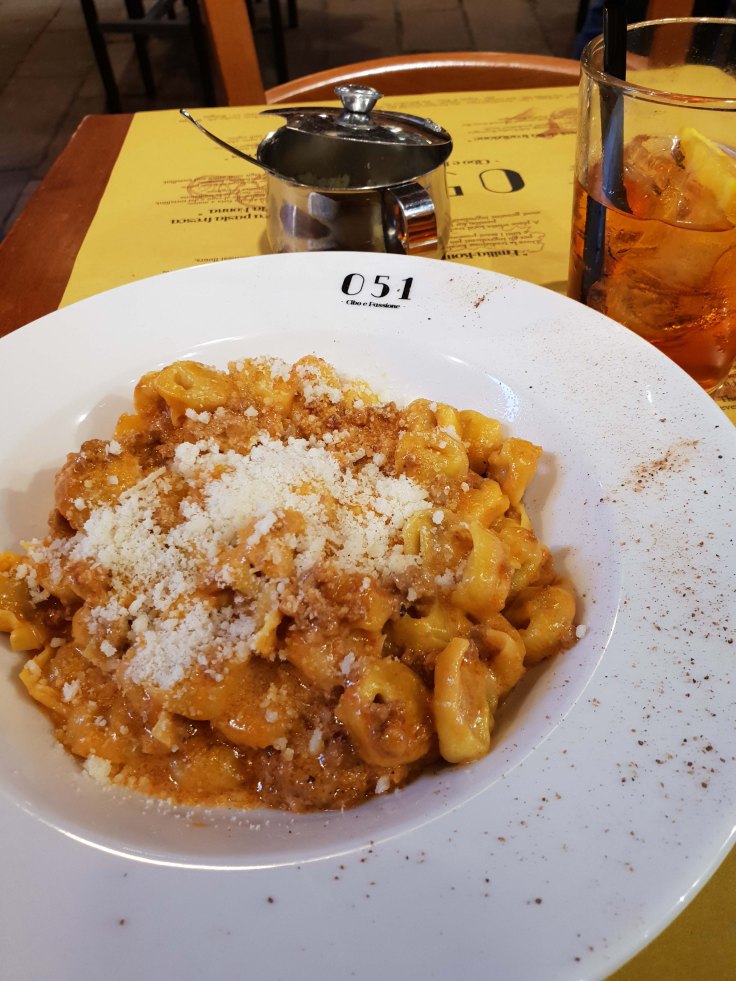 I was really relaxed and pleased with my first half day in Bologna after the long train trip. I felt like I had still packed quite a bit into the day. Just time for gelato on the walk back to my apartment. 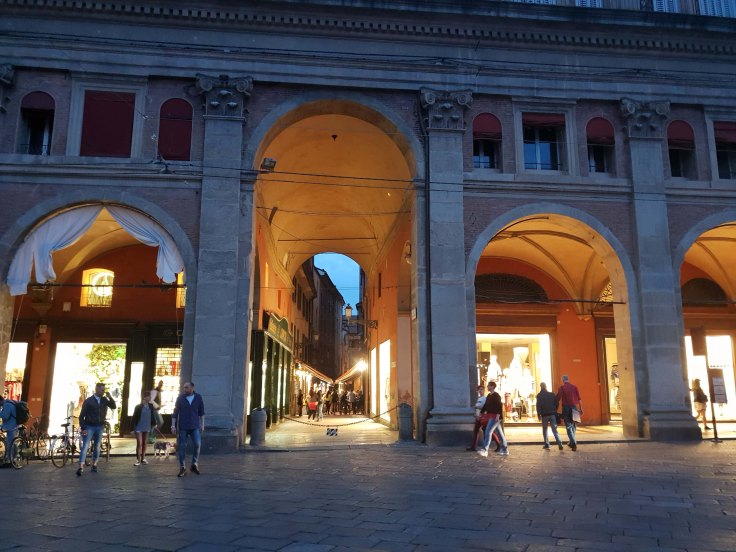 My first impressions of Bologna were overwhelmingly positive. Great food, laid back atmosphere, beautiful buildings. Can’t ask for much more than that.

Lyon 2018
Provence 2018.
Throwback to pre covid days
I doubt there is a more impressive building in the world
Three years ago I had the privilege of visiting Colmar. I was kid in a candy shop level delighted to be there. It was so much more perfect than I had expected.
Yum