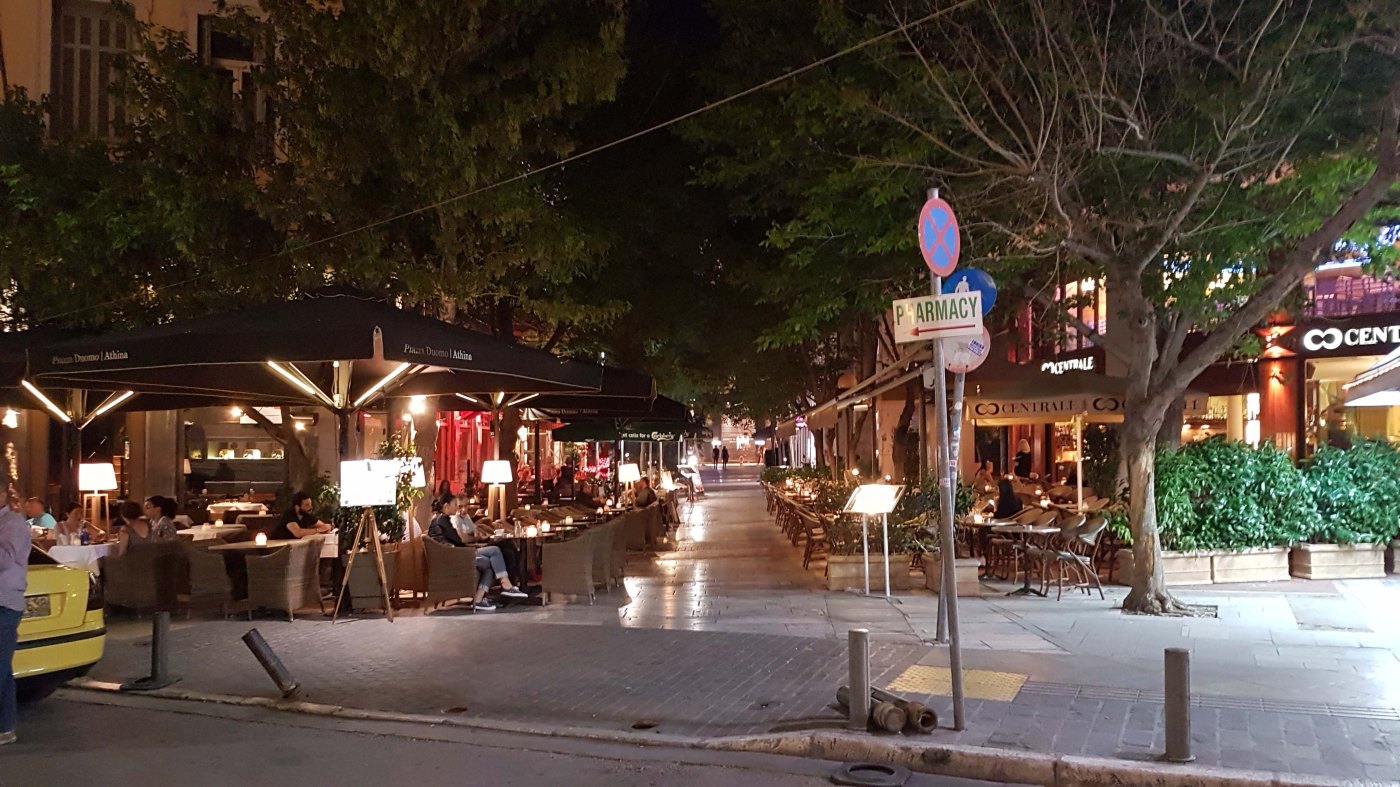 I arrived in Athens 28 1/2 hours after leaving Melbourne, and about 45 hours after last sleeping in a bed. After customs, luggage retrieval and a train trip, about an hour and a half later still I made it into my hotel room, ready to crash and get some real sleep. Rubbish! I was in Athens. I dropped my bags, picked up my phone, organised with the front desk for an insanely early taxi to pick me up next morning and went wandering, at 10pm. As you do.

My first look at Athens was Syntagma Square where my closest train stop was. I was in the process of reading a book about the Greek financial crisis and the protests in Syntagma had featured in that so it was quite humbling to actually be there.

My hotel was in the Plaka district of Athens, right in the middle of the busy  part. It was about a 10 minute walk from the train station and pretty easy to find. I was only staying there one night and it was quite perfect. It even had a reminder sign about the no flush toilet paper policy in Greece, not that I needed one, it had been my biggest worry that I would forget and block up the entire plumbing system of Athens! 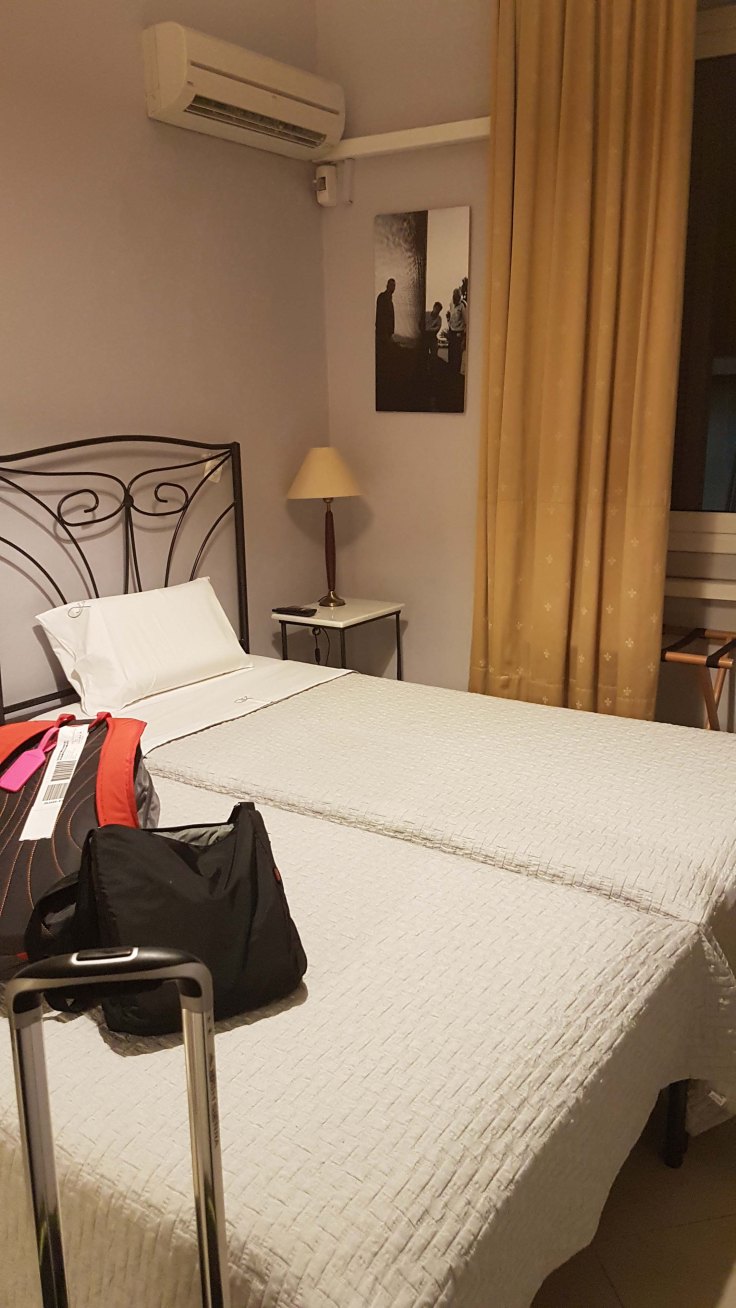 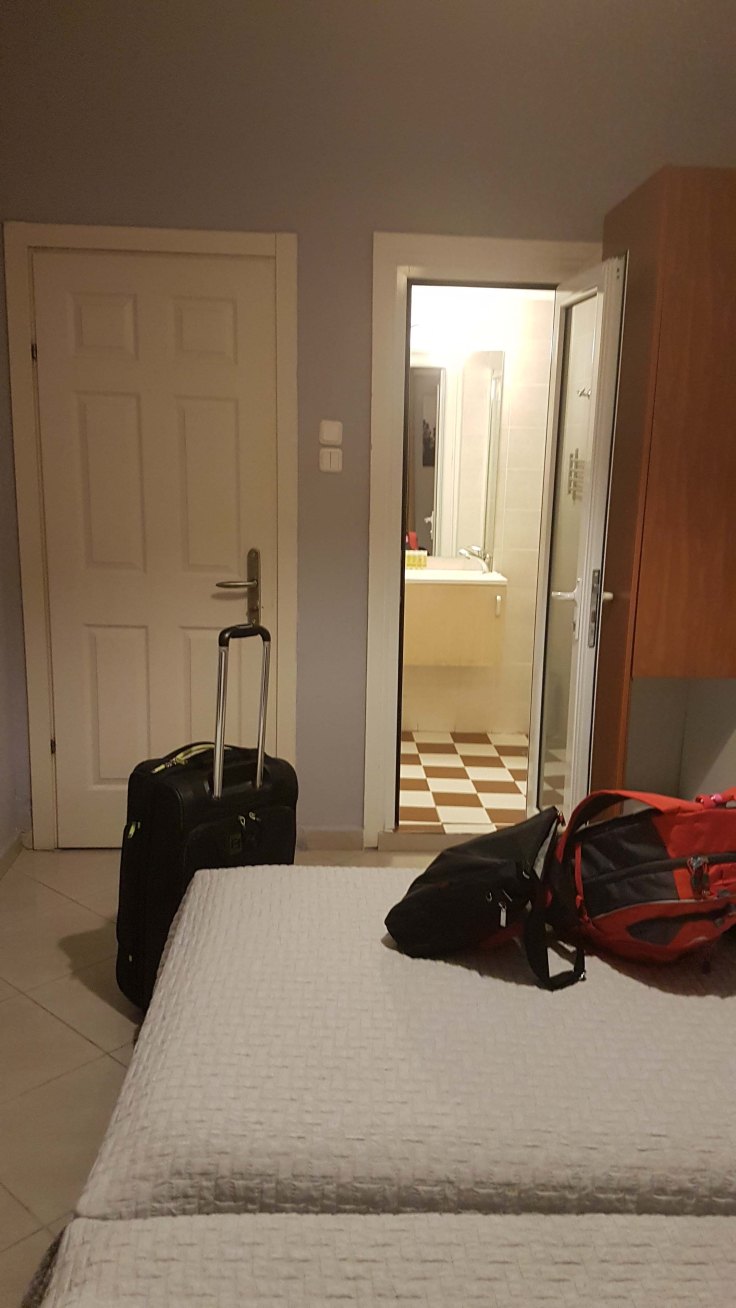 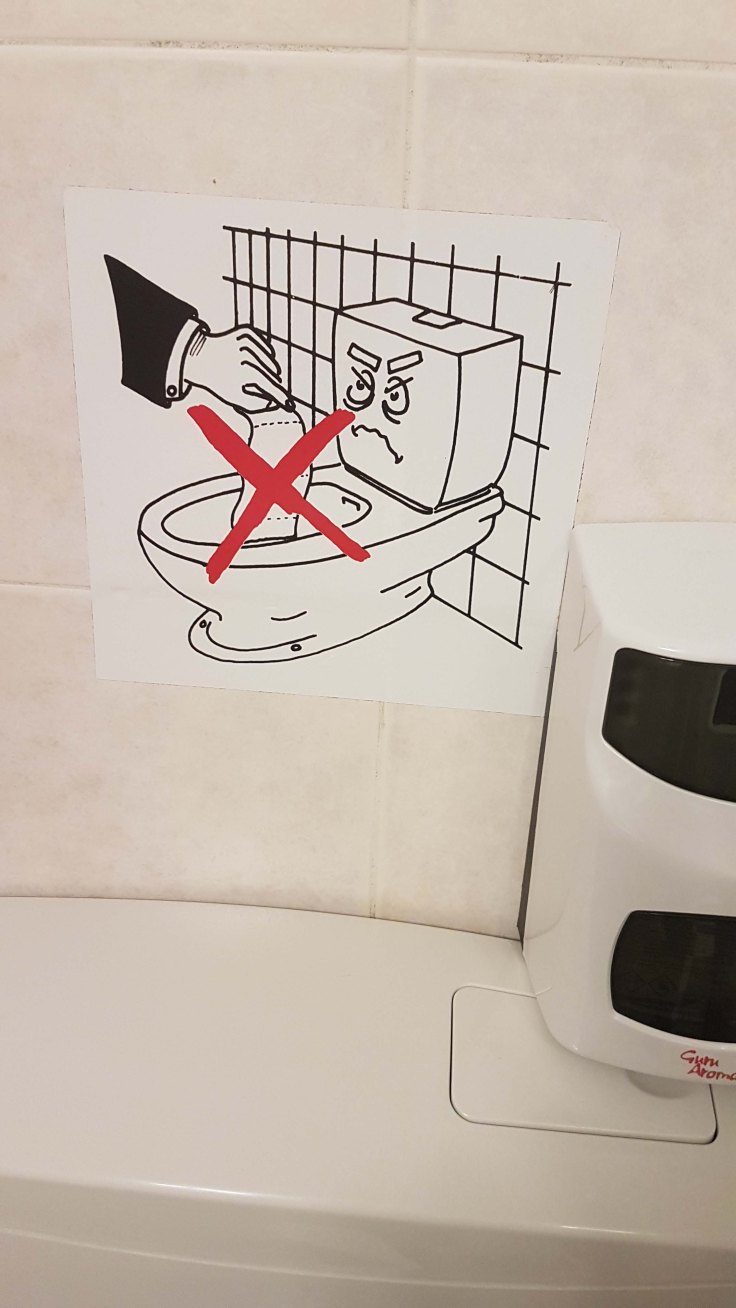 I hadn’t quite planned that my first look at Athens would be in the dark and sleep deprived, but oh well, I went with it. I had no plans and really didn’t know where I was going, I just kept to the busy parts and chased the occasional glimpse that I got of the Acropolis lit up. I wandered past churches, tavernas, heard lots of live music, stumbled across thousand plus year old ruins and found busy squares full of activity. It was a wonderful introduction to a city I was leaving first thing next morning and wouldn’t return to for nearly three weeks. Apologies for the terrible pictures, they were all unplanned and from my phone.

Streets of Plaka and Monastiraki 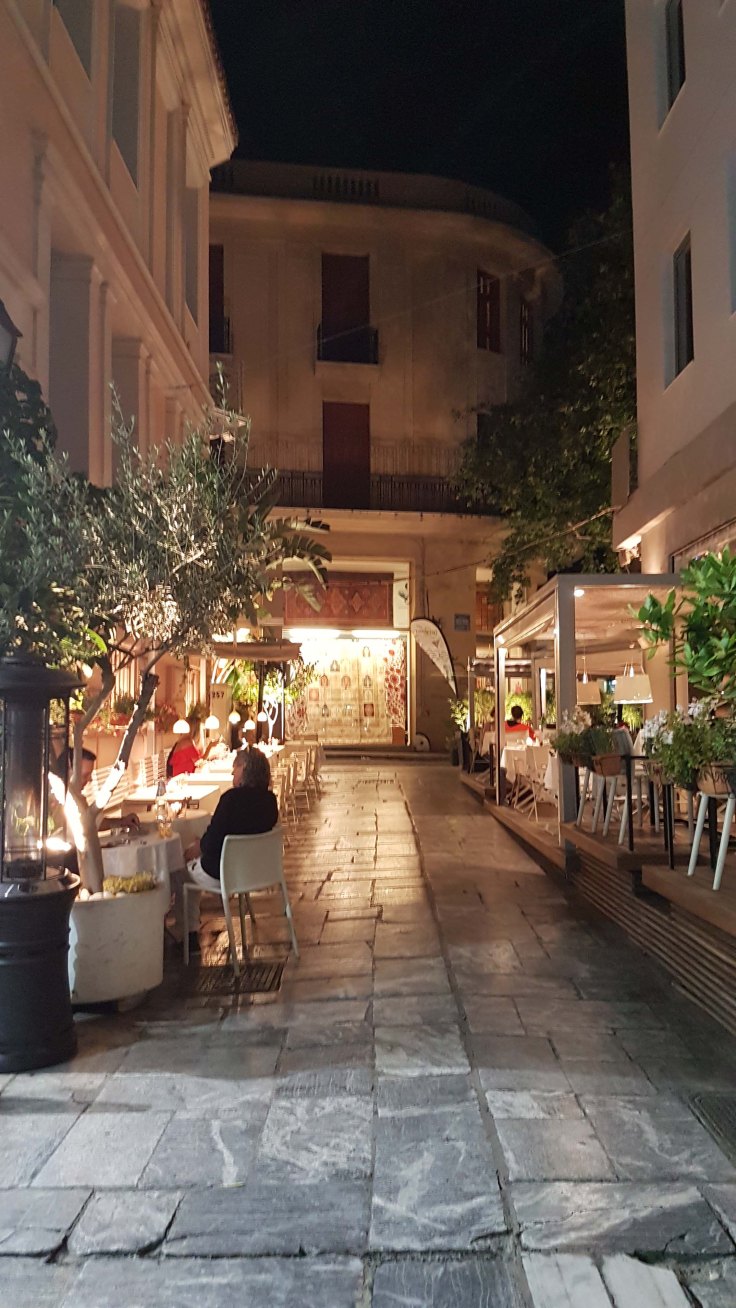 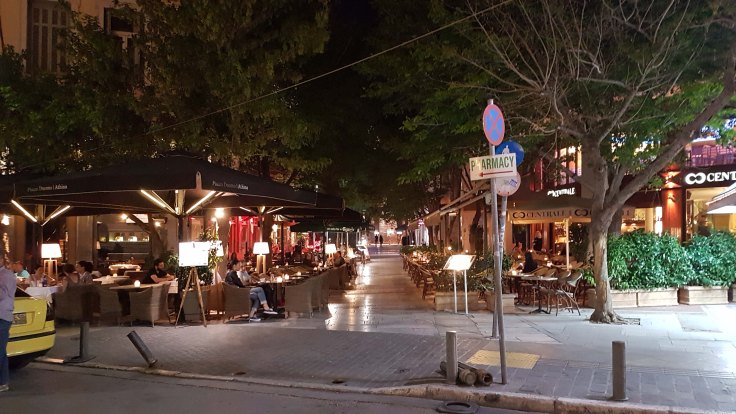 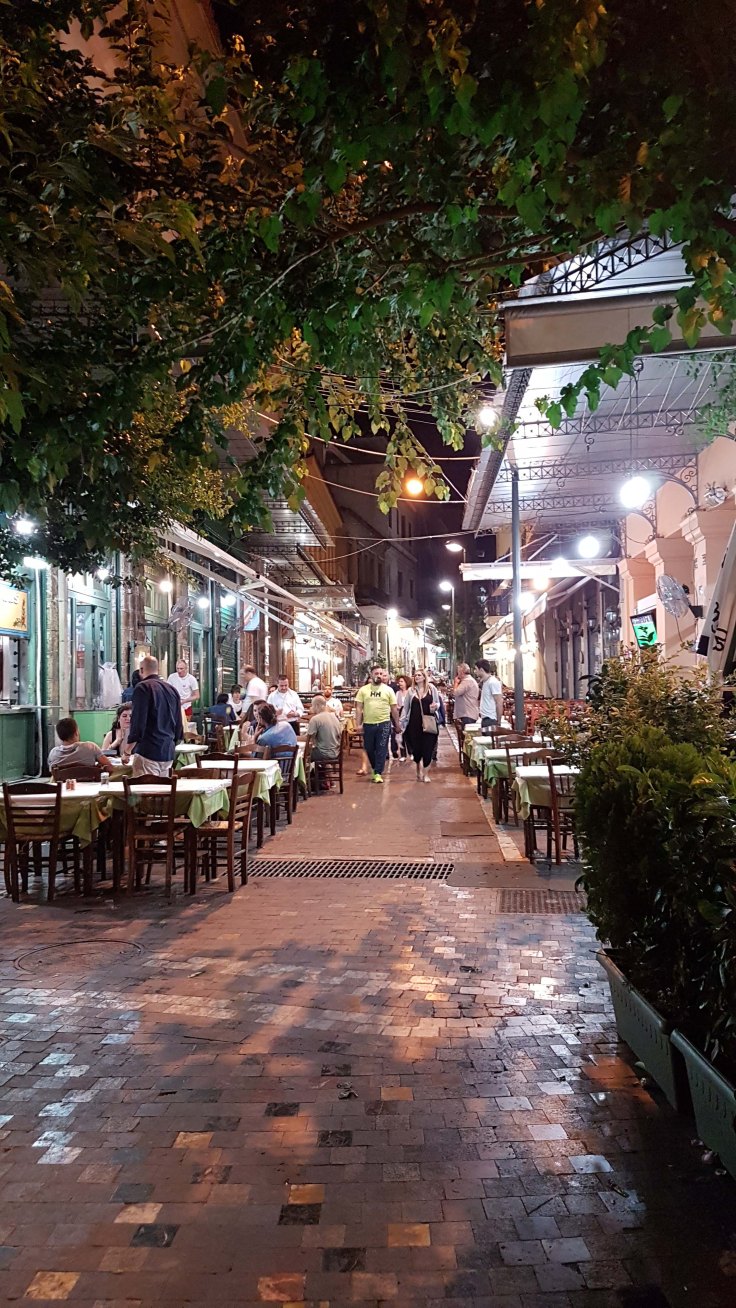 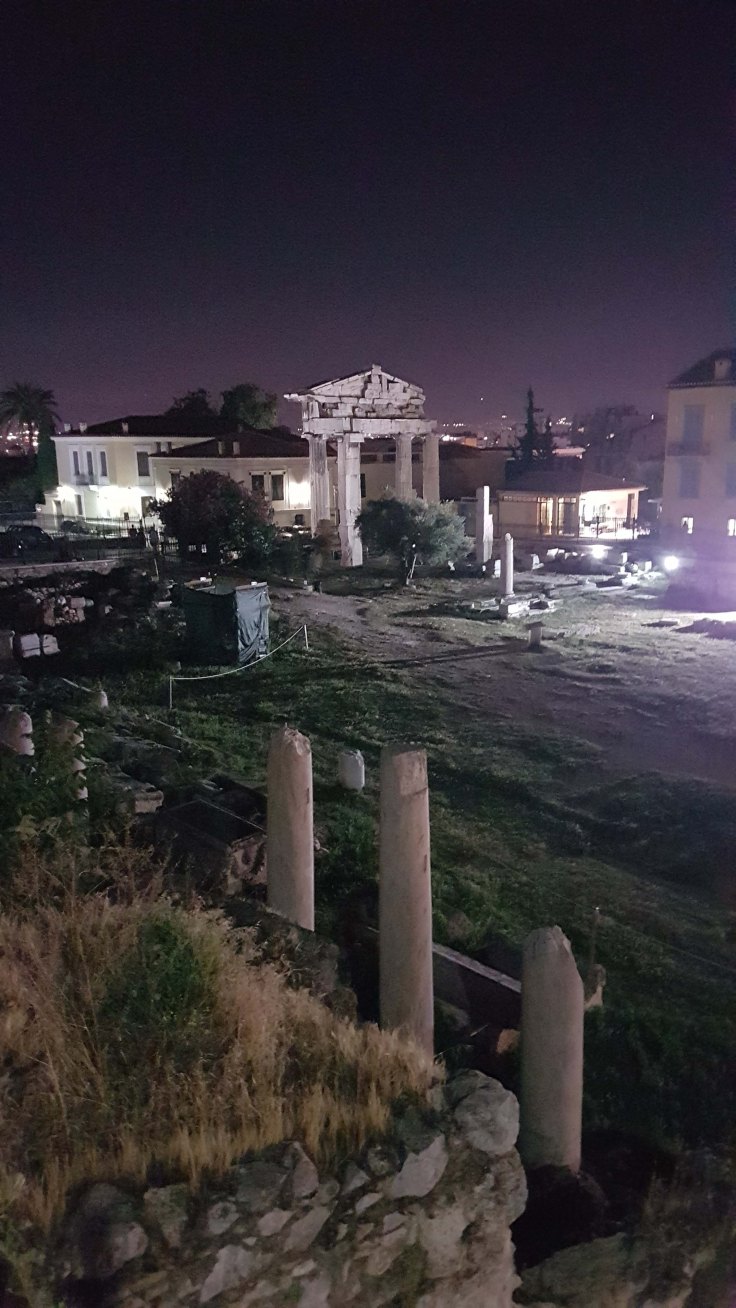 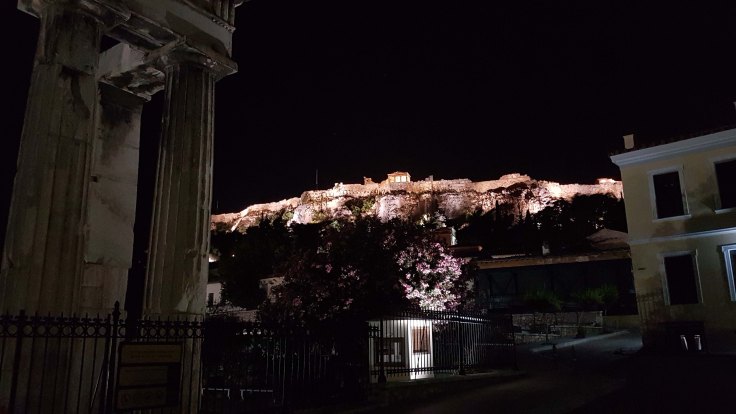 After about two hours of walking and getting lost finding my way back to my hotel only three times I fell into bed exhausted but utterly exhilarated. Excited that I would be back in a few weeks to explore Athens properly and probably utterly delirious from lack of sleep as well!

An early start next morning to leave Athens by bus and head to Delphi. A last look at early morning Athens with my travel companion before we left. 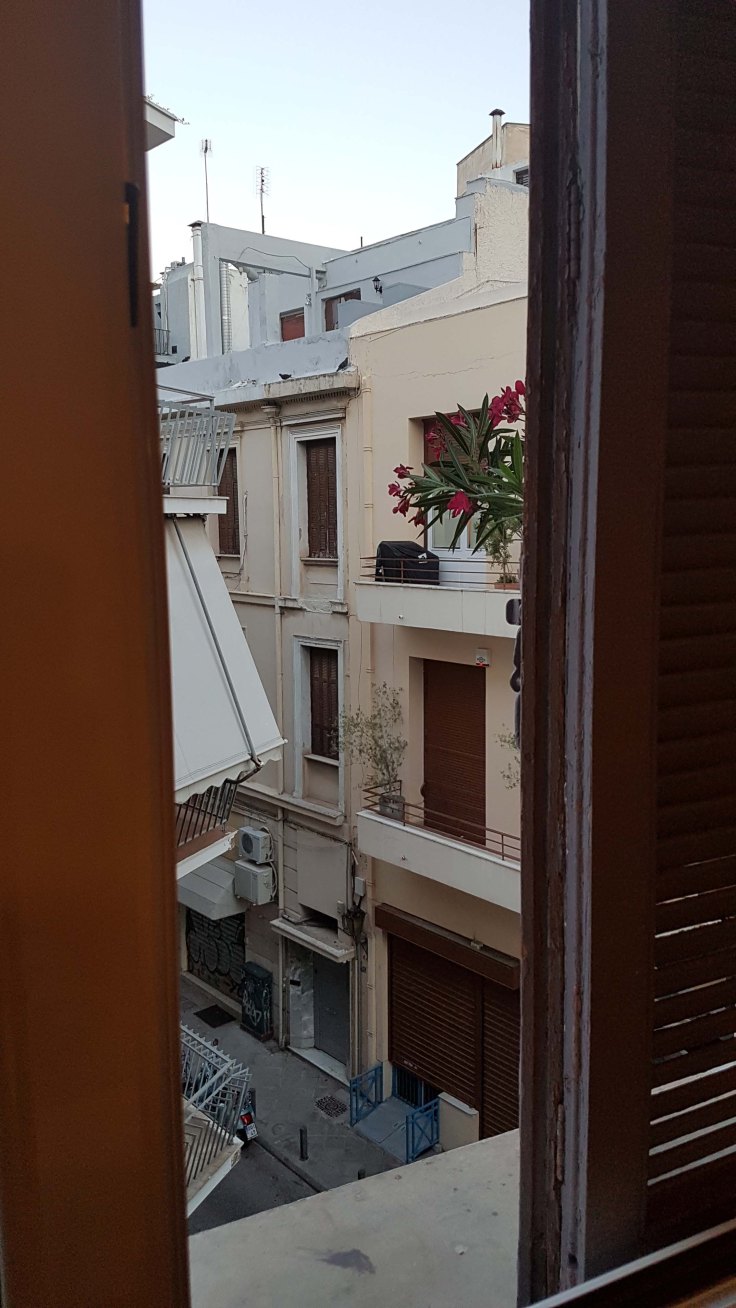 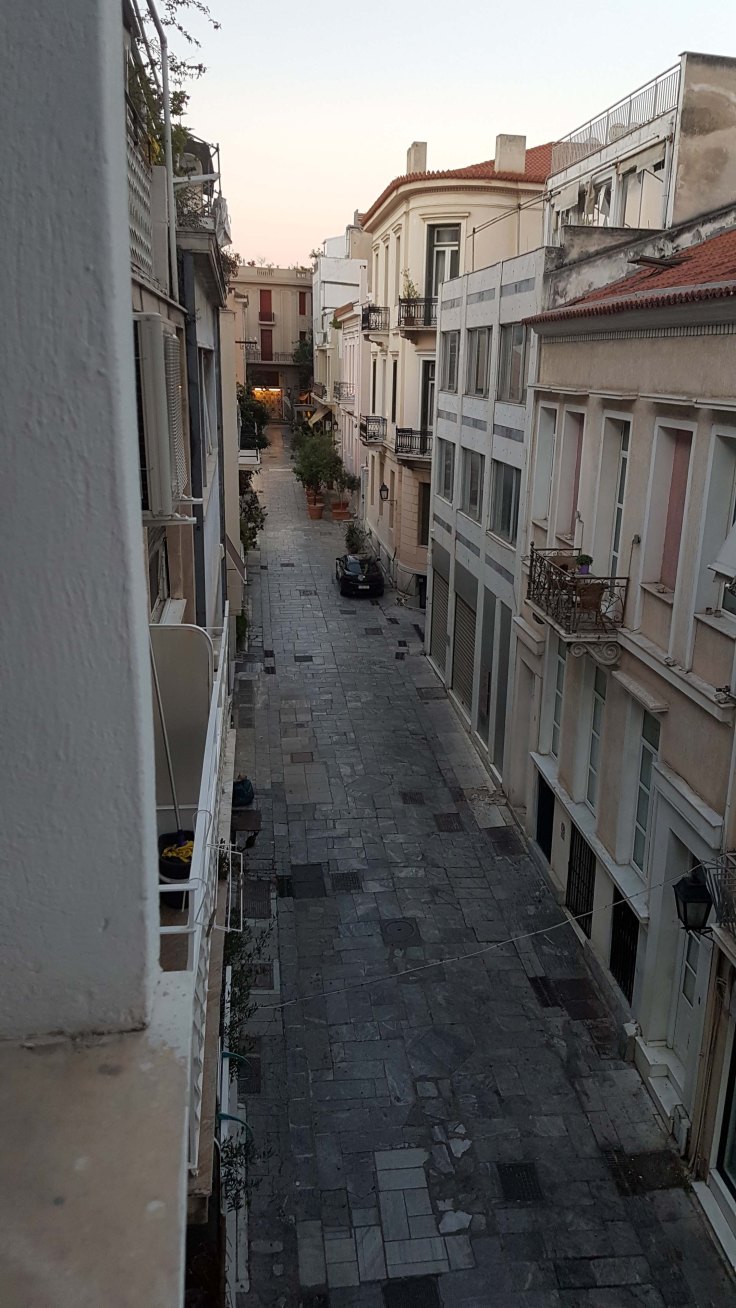 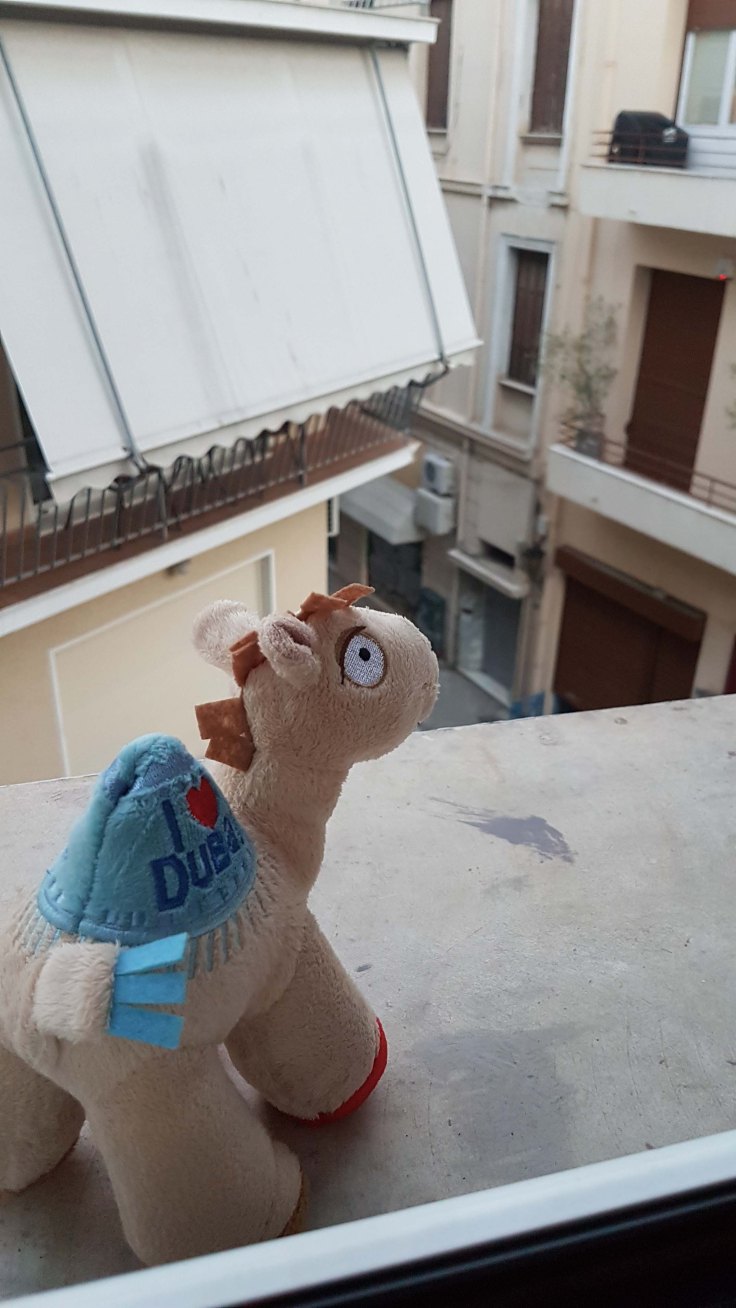