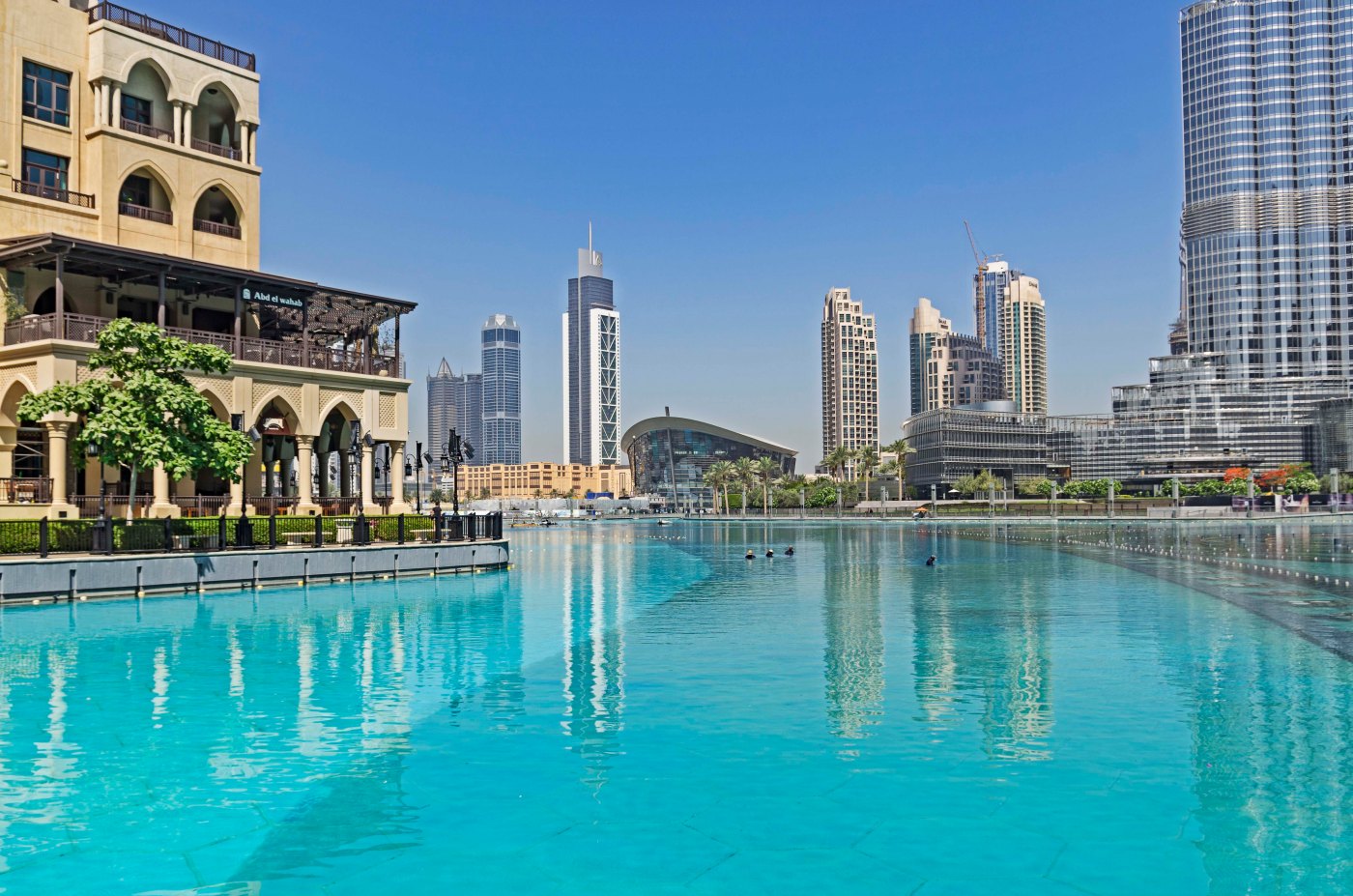 Like all parts of my journey I had researched the living daylights out of my stopover in Dubai. I knew that I wanted a picture of the Burj Khalifa, and I knew that it was Ramadan. Having never been in a Muslim country before, and especially during Ramadan I was a little anxious about not doing the wrong thing. I wore a t shirt that covered my shoulders and long pants, despite the heat and planned for a few hours without food or drink.

Finding my way out of the airport was quite easy. Long distances are covered but it is well signed and there are trains that take you from one part to another. I was able to make my way to arrivals where getting a visa was a mere formality.  Woohoo! Another stamp in my passport. Then it was easy to put my carry on luggage in storage and I was out of there.

There is a smooth transition from the airport to the Metro system, no need to go outdoors into the heat. The Metro is clean and easy to use. The train I took did get quite full on the short journey to the Dubai Mall, but it never felt threatening. Everyone but me looked like they were on their way to work. 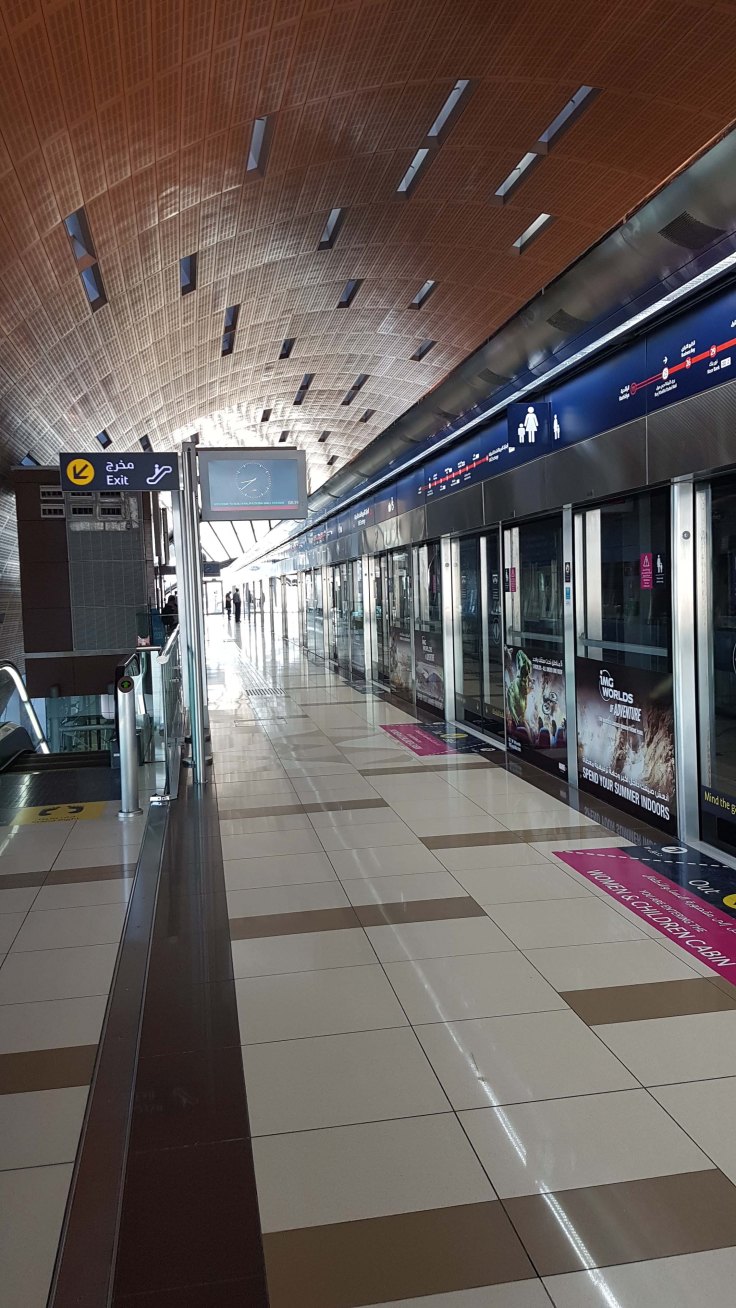 The Dubai Mall metro stop is actually quite a good walk from the actual mall. But being Dubai there is a covered, air conditioned walkway the entire way. A lot of it with moving walkway sections as well. 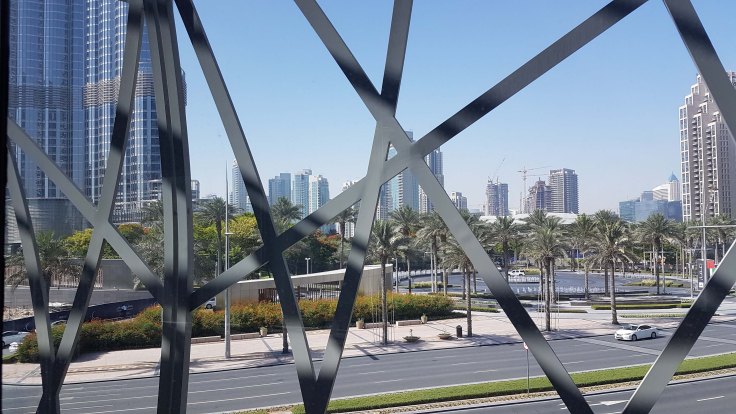 The Mall was amazing. enormous, clean, well lit. Just quite beautiful as far as shopping centres go. I was there early so a lot of things were closed but since I was on the first day of my trip anyway I wasn’t interested in shopping. 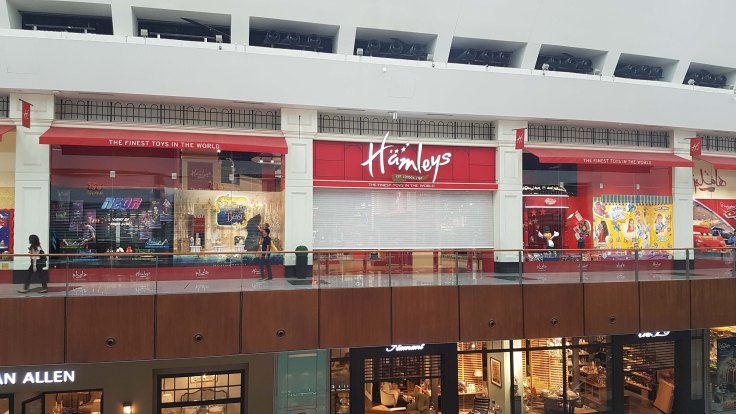 The Mall also had some great features, a huge water wall feature, and a whole aquarium that you could visit. 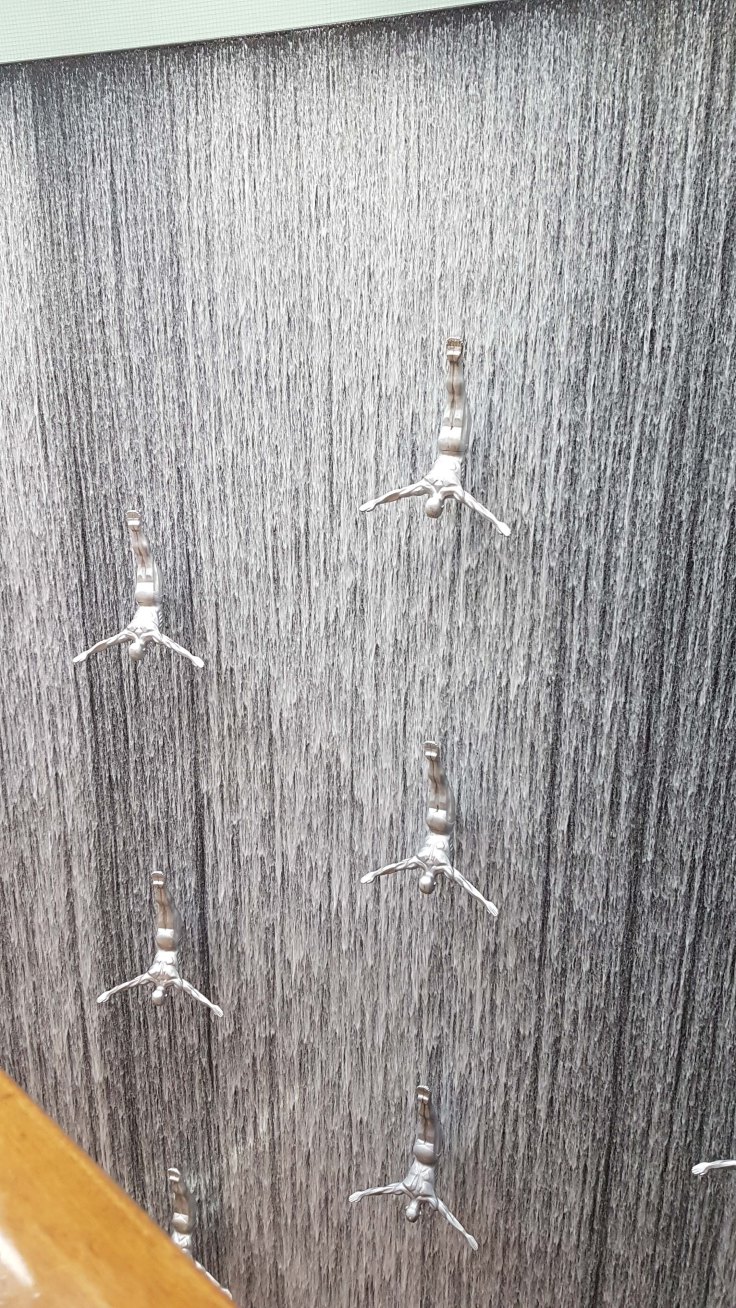 The Mall leads out into the area where the Burj Khalifa is best viewed from the ground. Being the control freak photographer I am, a photo from behind glass was never going to be good enough. So I ventured out. Bearing in mind it was still pretty early, maybe around 9.30am, I quickly learned why everything is undercover and air conditioned. It wasn’t so much the heat that was stifling but the humidity was incredible. I felt like I could see the moisture in the air and certainly felt it as I breathed it in. The whole 4 or 5 minutes I was out there I was worrying how much moisture was building up in my camera. Such a first world problem when there were people out there working in the oppressive conditions.

The Burj Khalifa and the whole area was stunningly beautiful and again, very clean. 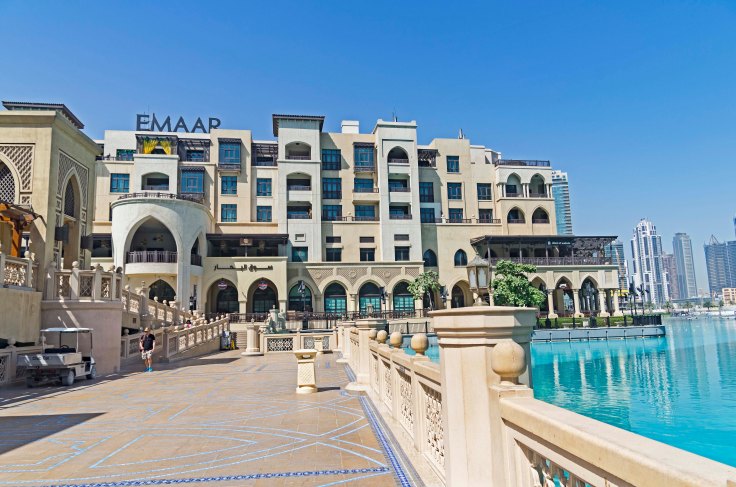 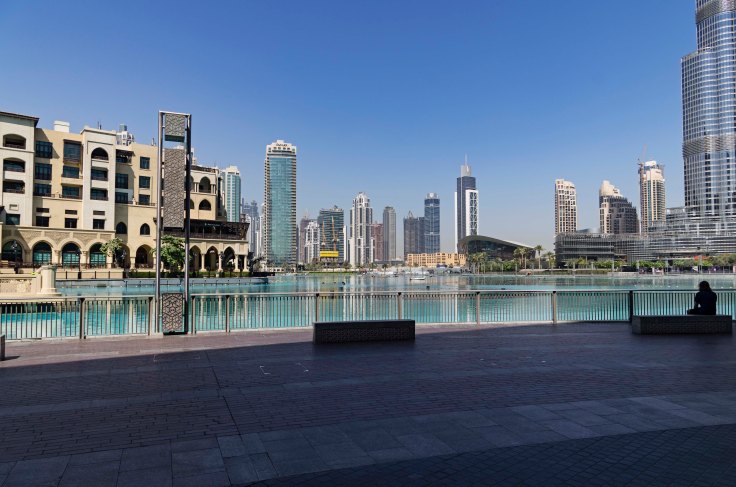 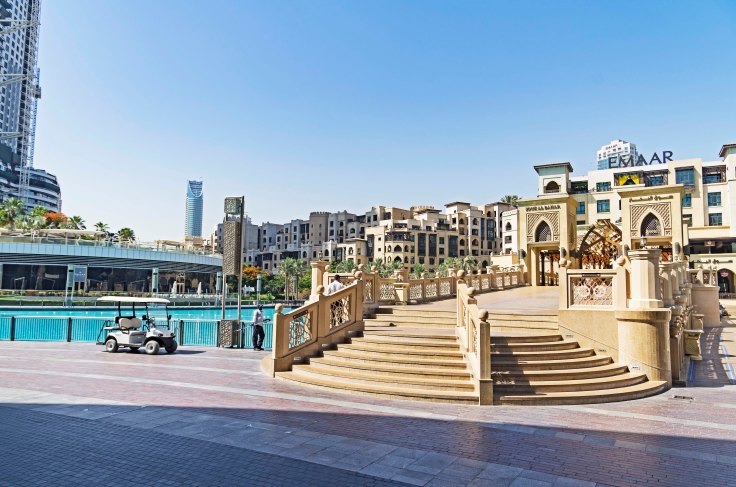 The Dubai Mall is also the entry point for the Burj Khalifa viewing deck. I had pre-bought my ticket so entry was easy and crowds were small at this time of day. I had bought the cheaper tickets which give access to levels 124 and 125. At almost 3 times the price I couldn’t justify to myself getting tickets to level 148 as well.

The view was spectacular, albeit a bit hazy, and really showed how dry the area is with the city and its bright blue pools standing out starkly against the surrounding desert. 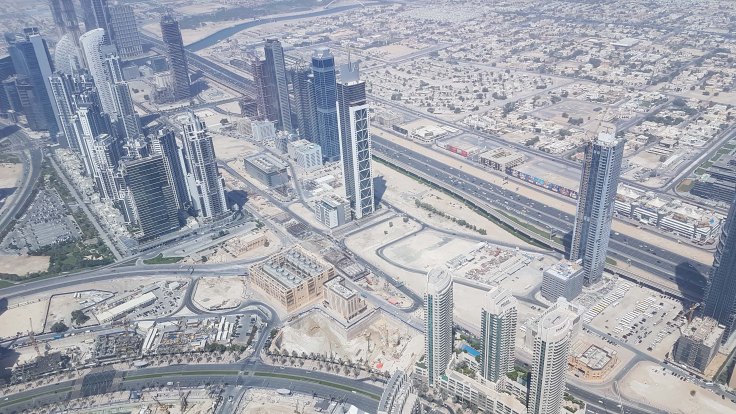 Dubai was quite spectacular and I am glad I visited. I’m not sure it is a place I would ever be drawn back to, except as a transport hub. I don’t mind heat, but the oppressive humidity was really not my thing.

A cool drink back at the airport and the purchase of a travel companion rounded out my time in Dubai. 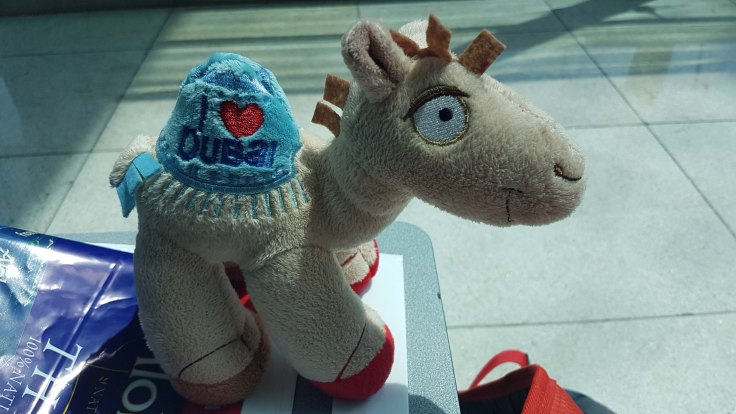