For my final full day in Greece I had entertained a few options but decided on taking a bus to Nafplio and visiting one of the two major sites nearby. I chose the Theatre at Epidaurus. Mycenae would have been the other option. I can’t recall why I chose the way I did, I expect I would have enjoyed either.

I walked from my apartment to Syntagma and took a taxi to Kifissos bus terminal, the second of the two major bus terminals in Athens. I had used the other on my first day to head to Delphi. I caught a bus earlyish to take the trip to Nafplio.

I had a few aims for the day. Firstly to visit the Palamidi Fortress in Nafplio, to visit Eipdaurus, and to have a look around Nafplio. I had heard it was a beautiful city.

I arrived in Nafplio with about an hour and a half before the bus left for Epidaurus. I figured that was time enough to see Palamidi. In retrospect it probably wasn’t as I felt rushed while there but I did still get to see quite a bit of it.

It involved a lot of steps. But the higher I got, the better the views across Nafplio. 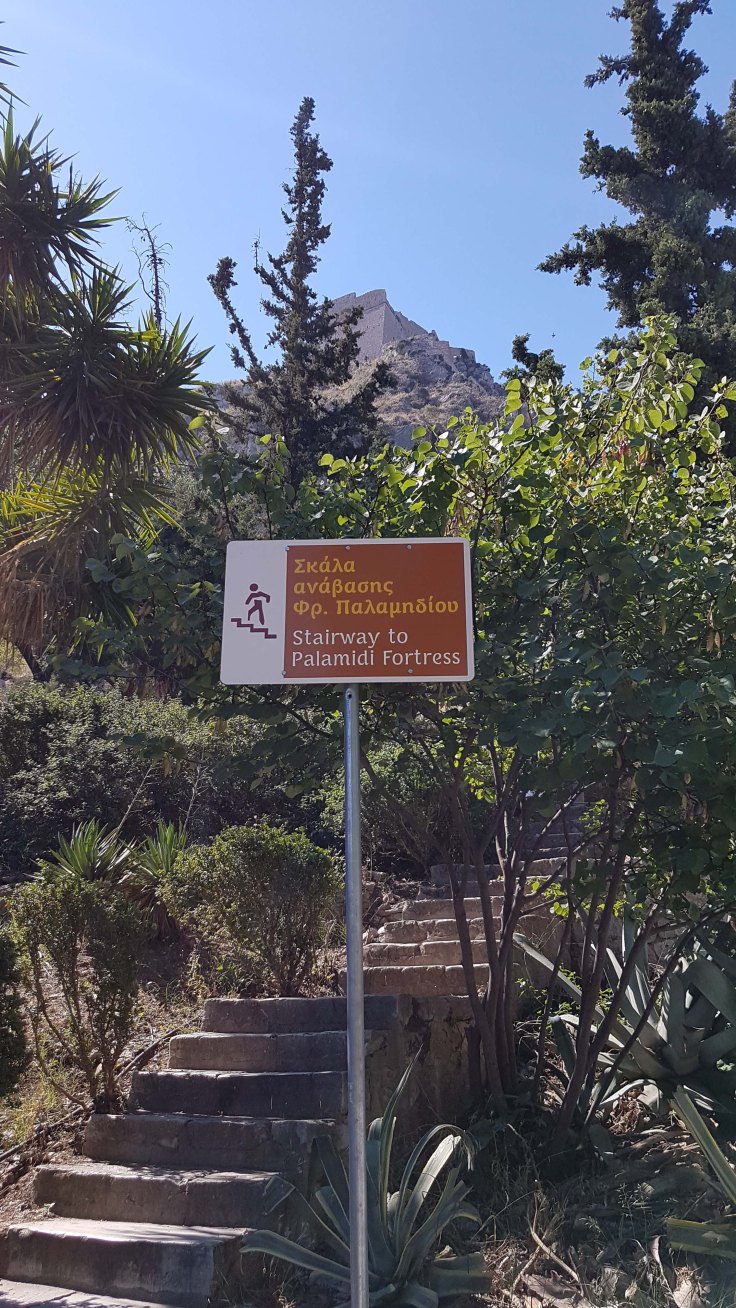 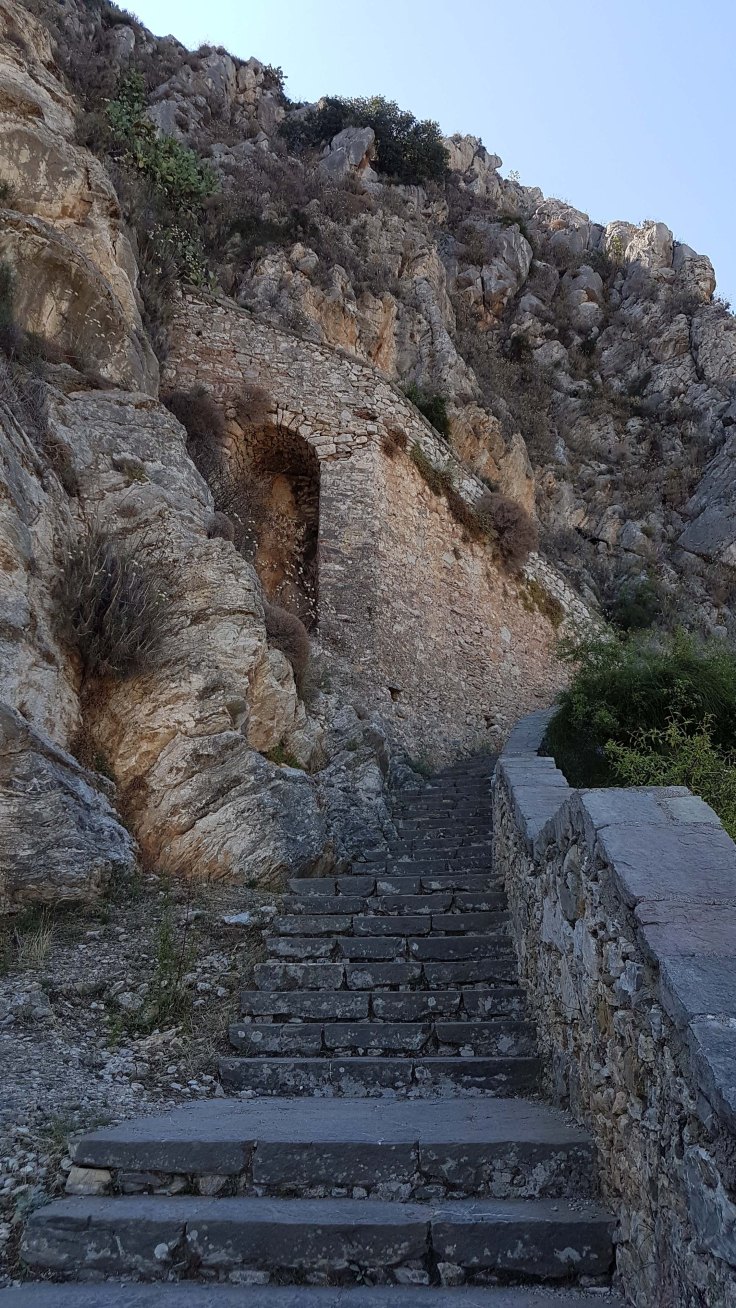 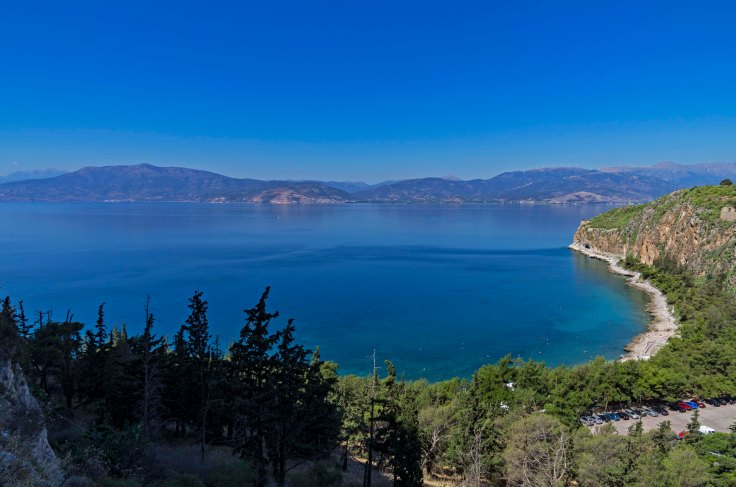 The fortress is made up of several bastions over quite a large area and you could spend a few hours exploring them all. The access is superb, you are able to climb down into a dungeon prison and access other areas that, as an Australian, you wouldn’t expect. It is something I noticed many places in Greece, the history is more accessible that I am used to. Australia excels at roping things off. 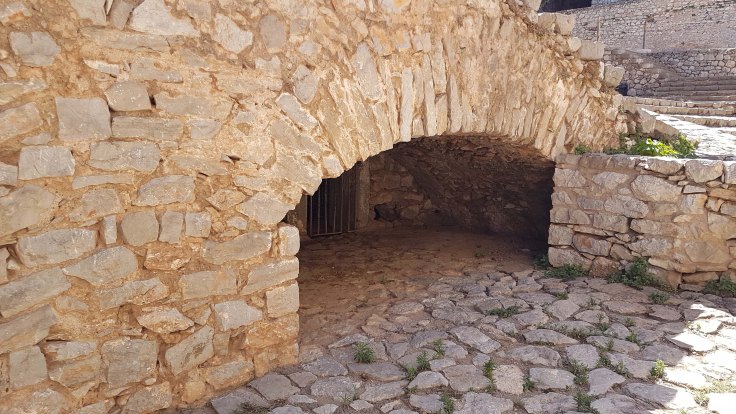 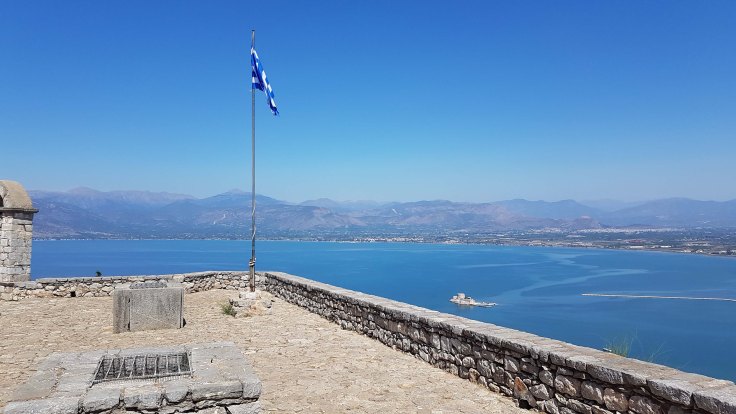 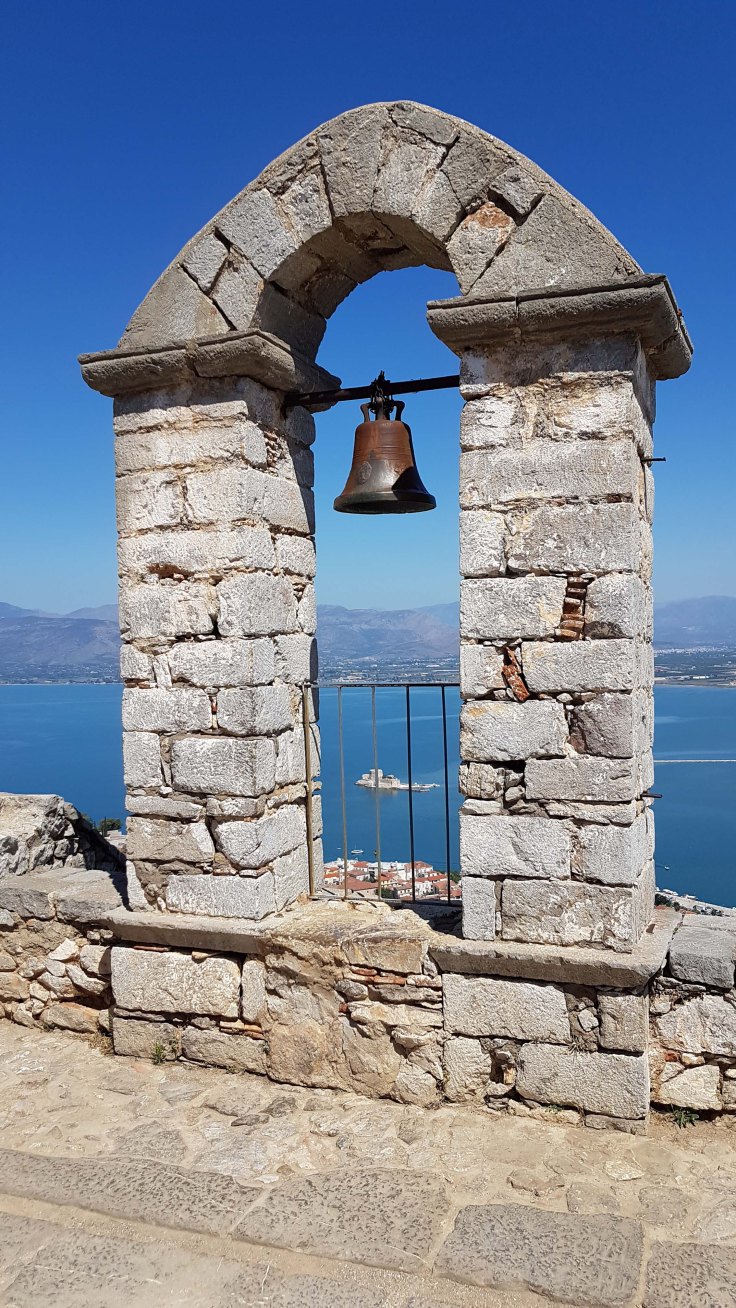 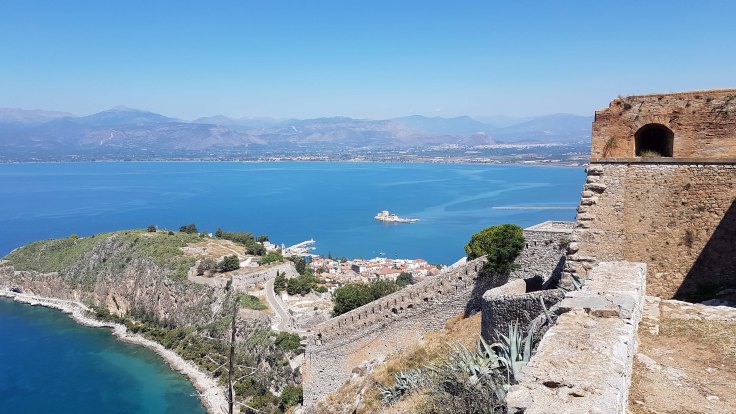 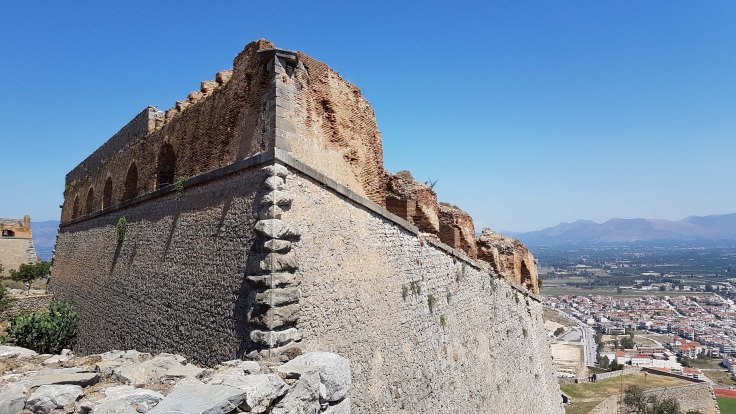 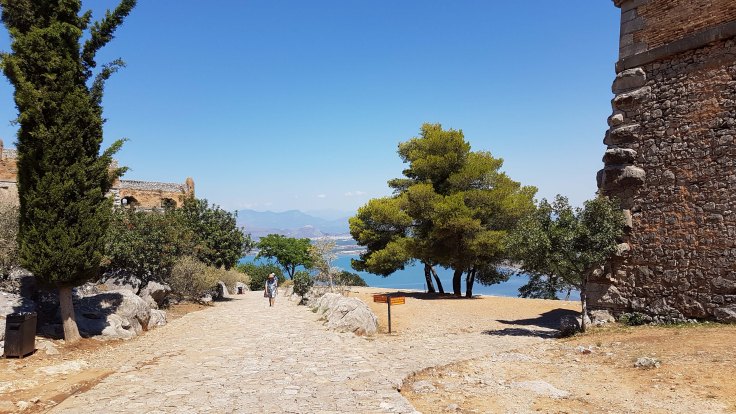 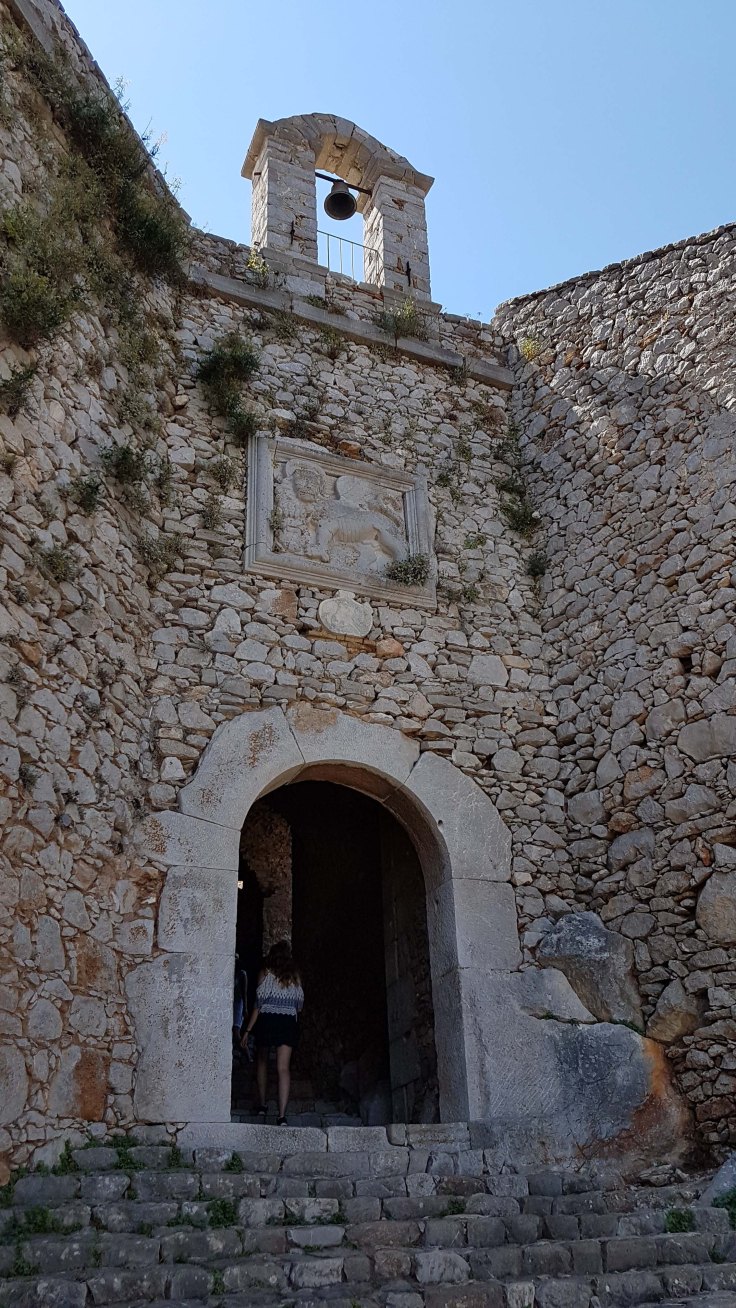 Mindful of the time I made it back down all the steps in time to meet my bus to Epidaurus. Passing this along the way.

No wonder my legs were tired already.

Epidaurus is quite impressive. I had been to several ancient theatres by now but they were all different and worth seeing. Epidaurus is still used for live performances today. I noted with interest that high heels are not allowed, which makes perfect sense when you see the uneven steps. A theatre like this just couldn’t be used in Australia with all of our safety laws. The setting is quite spectacular.

The site is much more than a theatre, there is a museum and a city excavation site as well with a lot of restoration in progress. 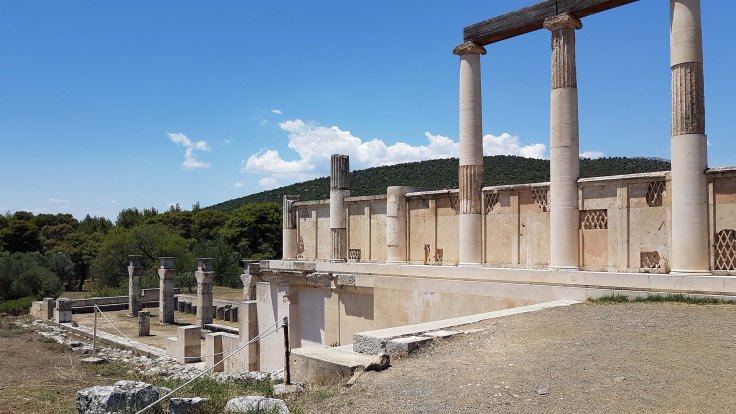 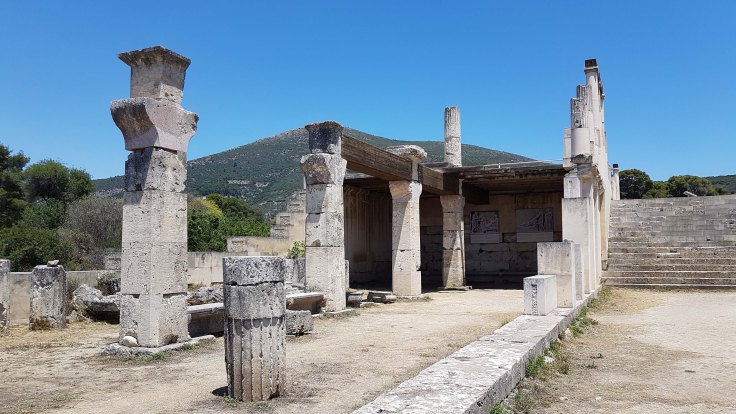 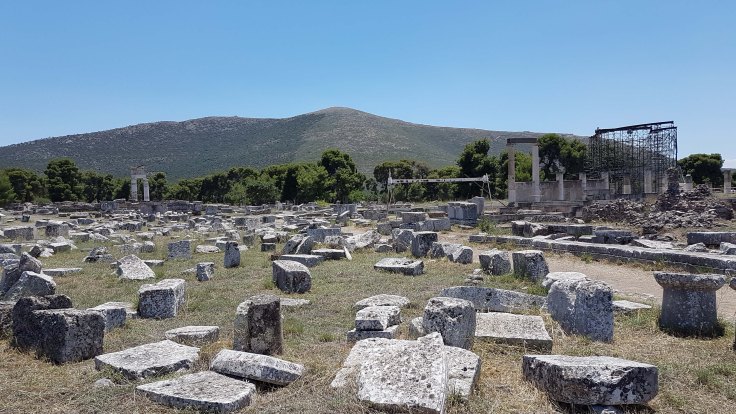 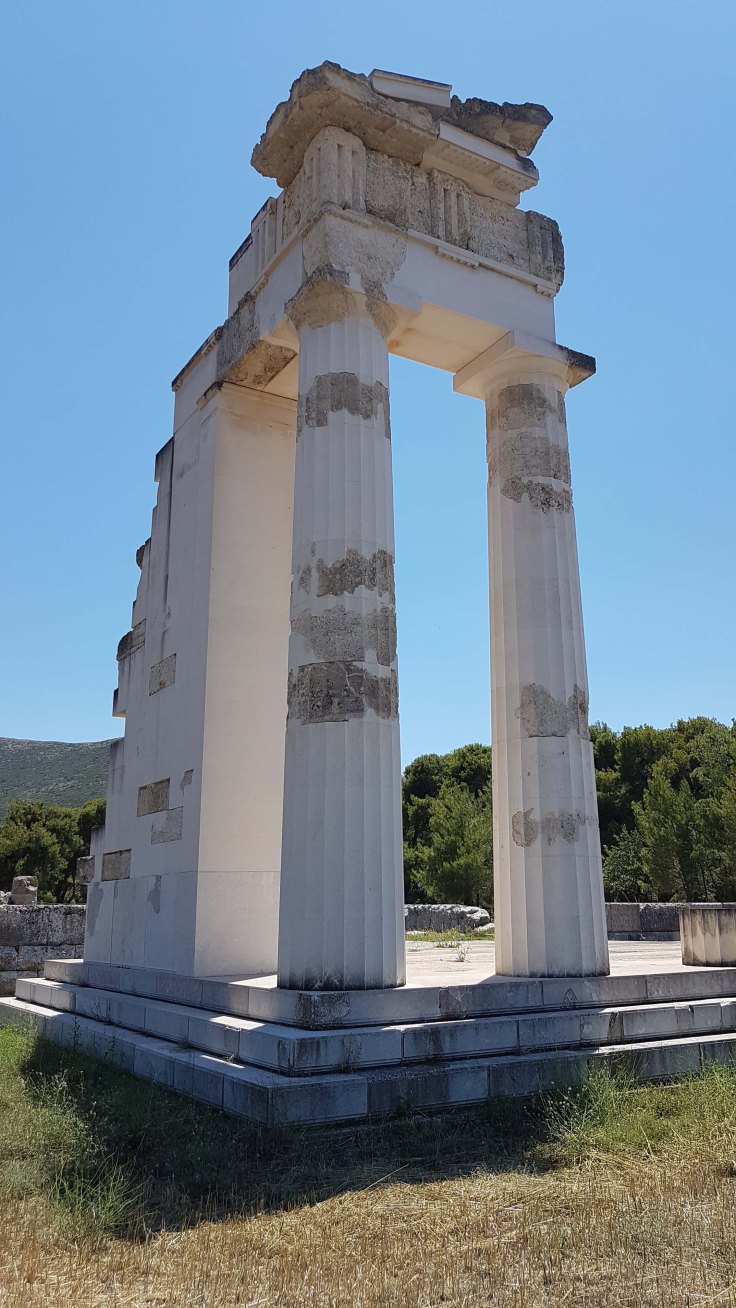 I probably didn’t absorb the history as well as at other sites, a little ashamed to say I was a bit history fatigued by this stage. After a few hours at Epidaurus I took the bus back to Nafplio for a late lunch and a wander of the town before catching my bus back to Athens. The sardines were the best of my trip. 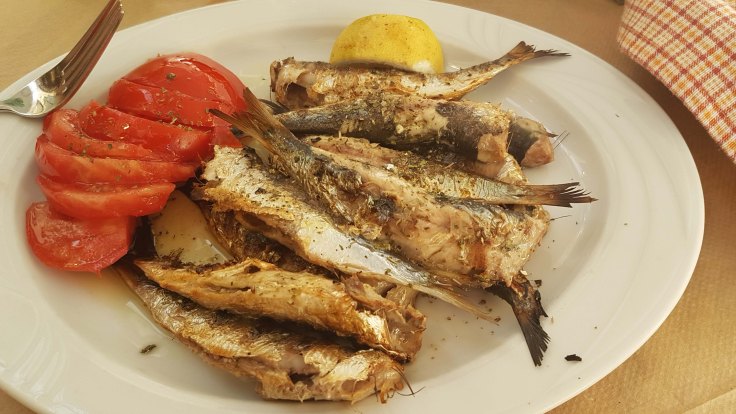 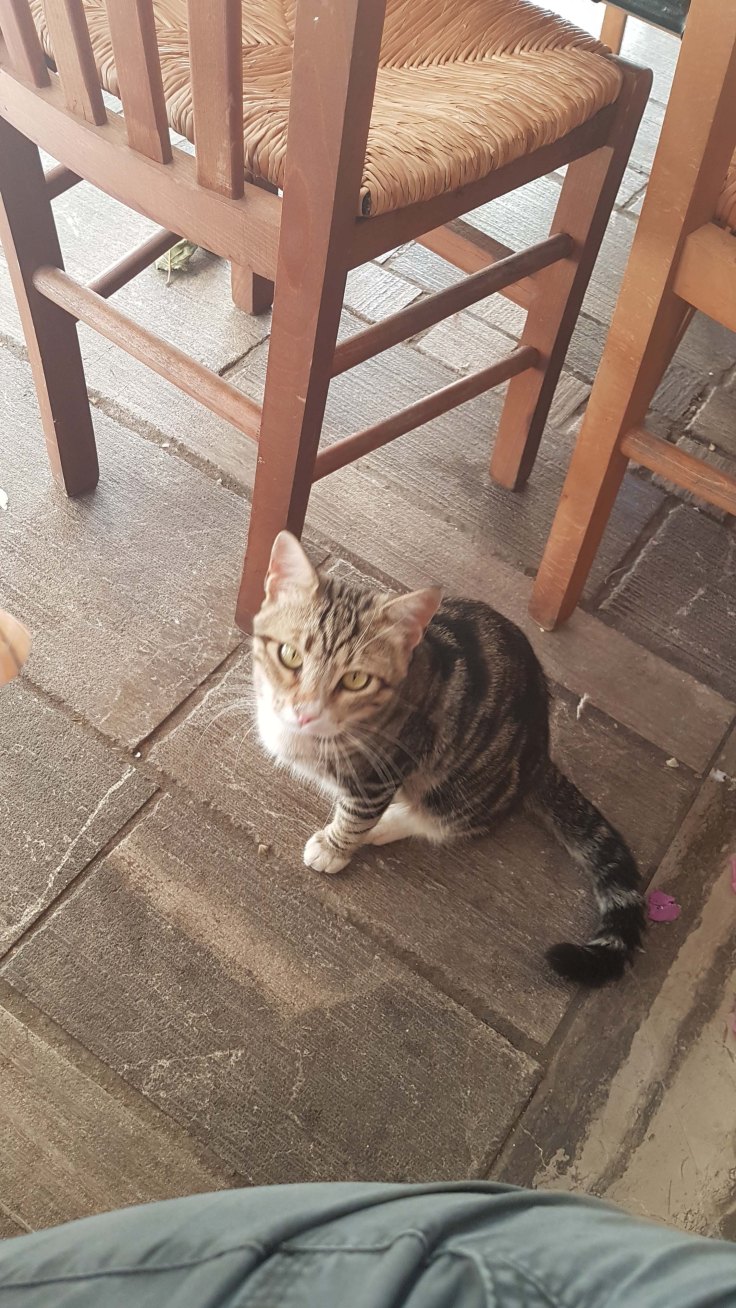 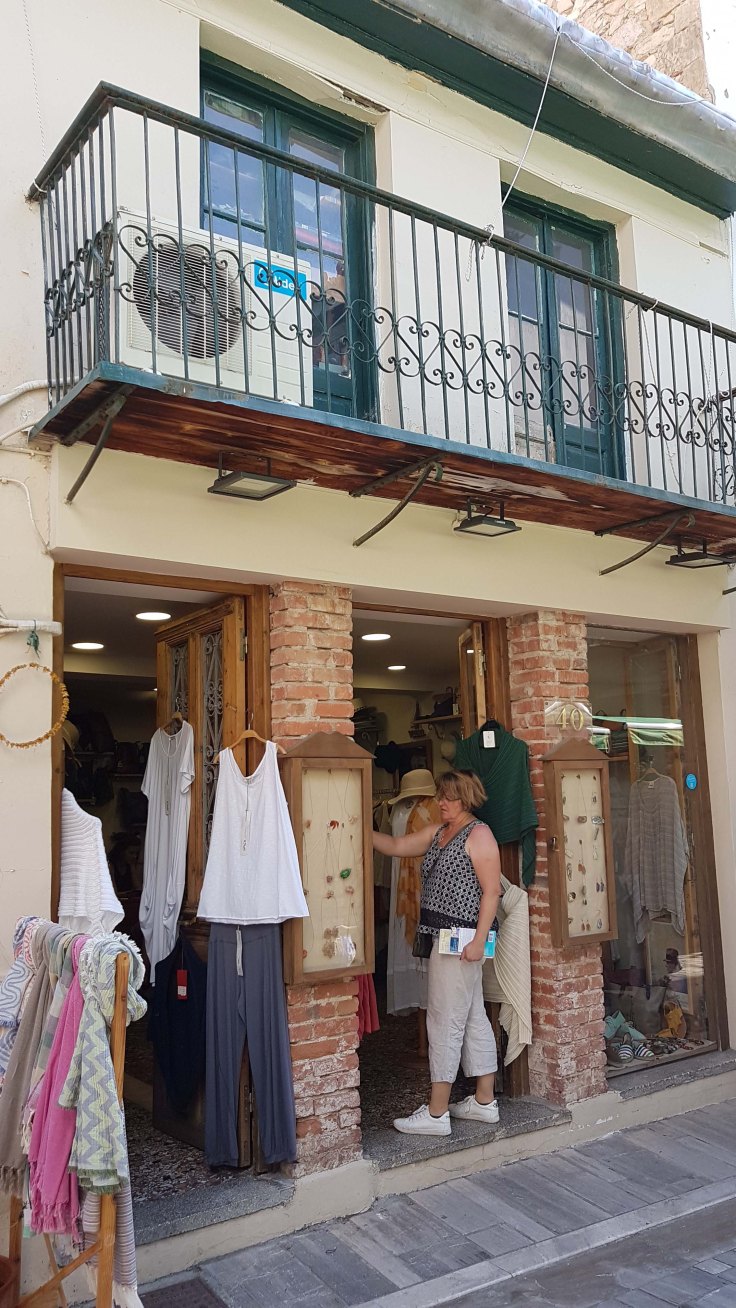 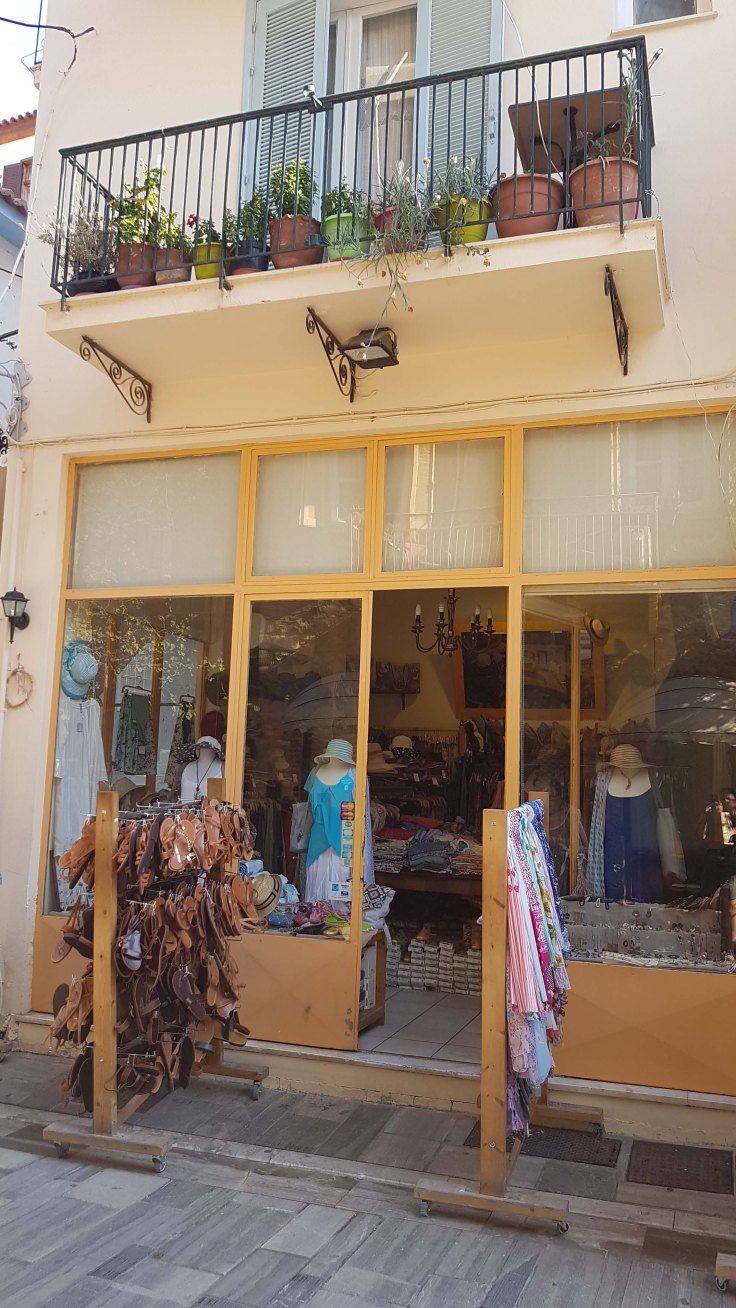 Like the bus trip back to Athens from Kalambaka that stopped at a metro station, so did the trip from Nafplio. It stopped at Eleonas which made getting back to my apartment much easier than if I had gone all the way to the bus station.

After getting back, I didn’t do much more than wander back to my room, go out to eat and call an end to a very long day. 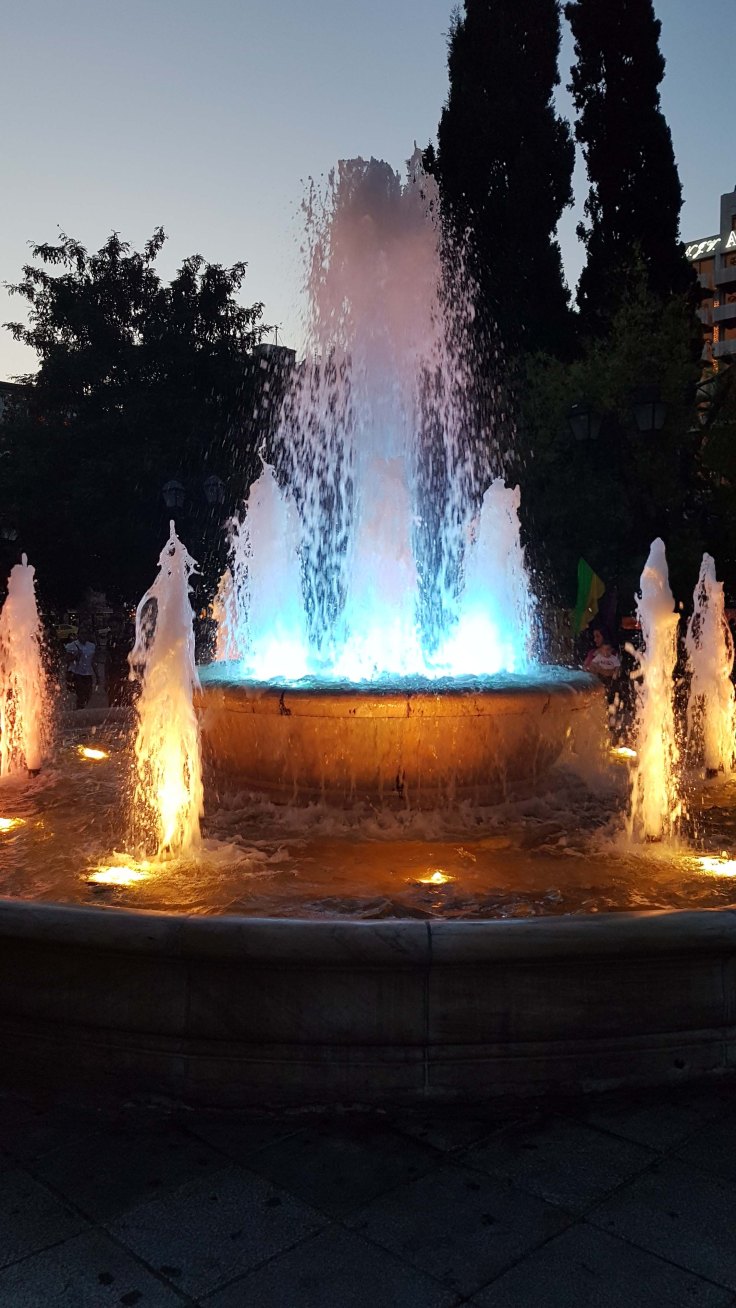