My 11th day in Greece and heading for my 7th overnight location. I do slow down a bit after this!

More buses today, first from Plaka to Agios Nikolaos, then another to Iraklio. Waiting at the bus stop in Plaka and having local people I had met wishing me well for the rest of my trip again reminded me what amazing hospitality this lovely island has.

The bus travel was uneventful, I was becoming very familiar with the ways of the bus services, and I arrived in Iraklio around lunchtime.

My hotel was right by the waterfront with a small balcony that gave a great view. And it was cheap too. 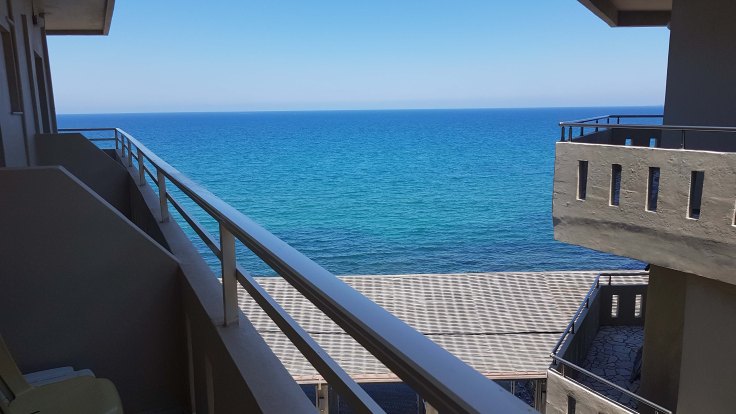 My plans for Iraklio were pretty simple. Go for a wander, visit the archaeological museum and Knossos, and buy my ferry ticket for the following day. Ticked off the final item pretty quickly at a small travel agent just down from my hotel. Ferry ticket safely stowed, it was off to wander.

If  you read enough travel advice you get the impression that Chania is the beautiful city in Crete and Iraklio the uninteresting working city that you only go to for Knossos and the ferries to the Cyclades. And granted it didn’t seem to have the old town charm of Chania but a stroll along the harbour and a visit to the fortress certainly showed off its beauty. To be honest though, I was really only here for the ferry departure the following day. 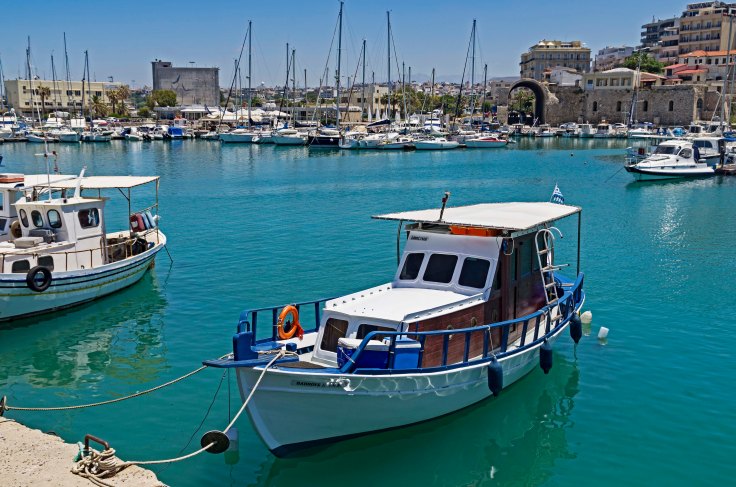 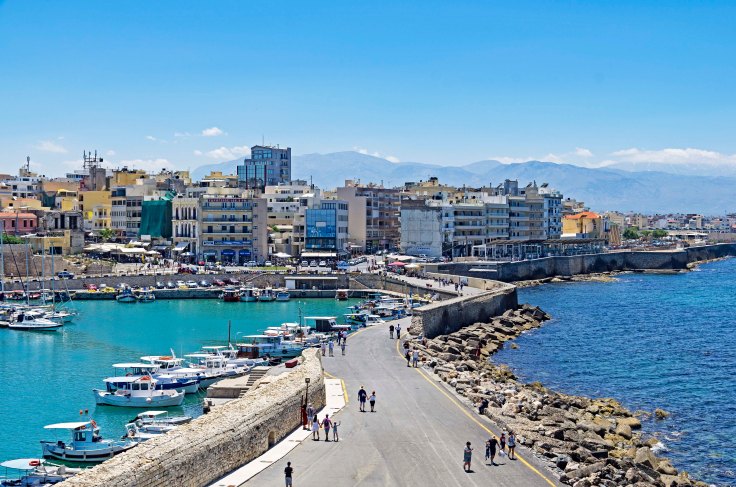 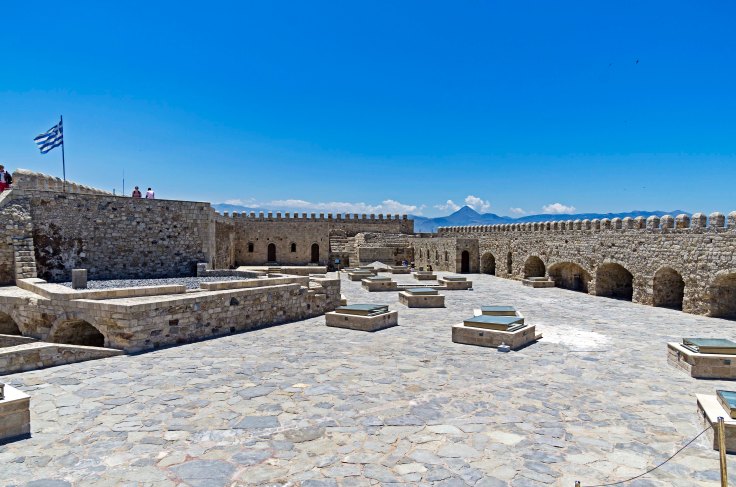 My wander took me to the Archaeological Museum. Much bigger than the one in Chania and packed full of Minoan history, much collected from burial sites. Makes you grateful that they buried so much stuff with people thousands of years ago to give us a great insight into their lifestyle. To see how little some things have changed over that time is quite humbling as well. Some of the jewellery, cooking pots etc very similar to what we still use today. The Phaestos disc was a highlight.

The museum is modern and well set out with very informative labelling. The collection comes from many ancient sites across Crete, including Knossos. Well worth a few hours wandering.

After leaving the museum I made my way to the bus station to catch a bus to Knossos. The Knossos bus has its own ticket office and the staff are helpful and let you know which bus to get on.

I hadn’t thought much about Knossos and had done little reading so I paid a guide that was touting at the entrance and joined her group. It was not that expensive and I appreciated the information given on the tour, otherwise it would have just been a bit of a meaningless wander as there aren’t a lot of signs.

Knossos was a Minoan Palace that was once thought to be only mythical until ruins were discovered in the early 20th century. I found it difficult here to separate the factual history from mythology, it was so intertwined. A lot of restoration work has been done at Knossos, much of it controversial. But since I am not a purist historical scholar it really didn’t bother me. It was an interesting way to spend a couple of hours. 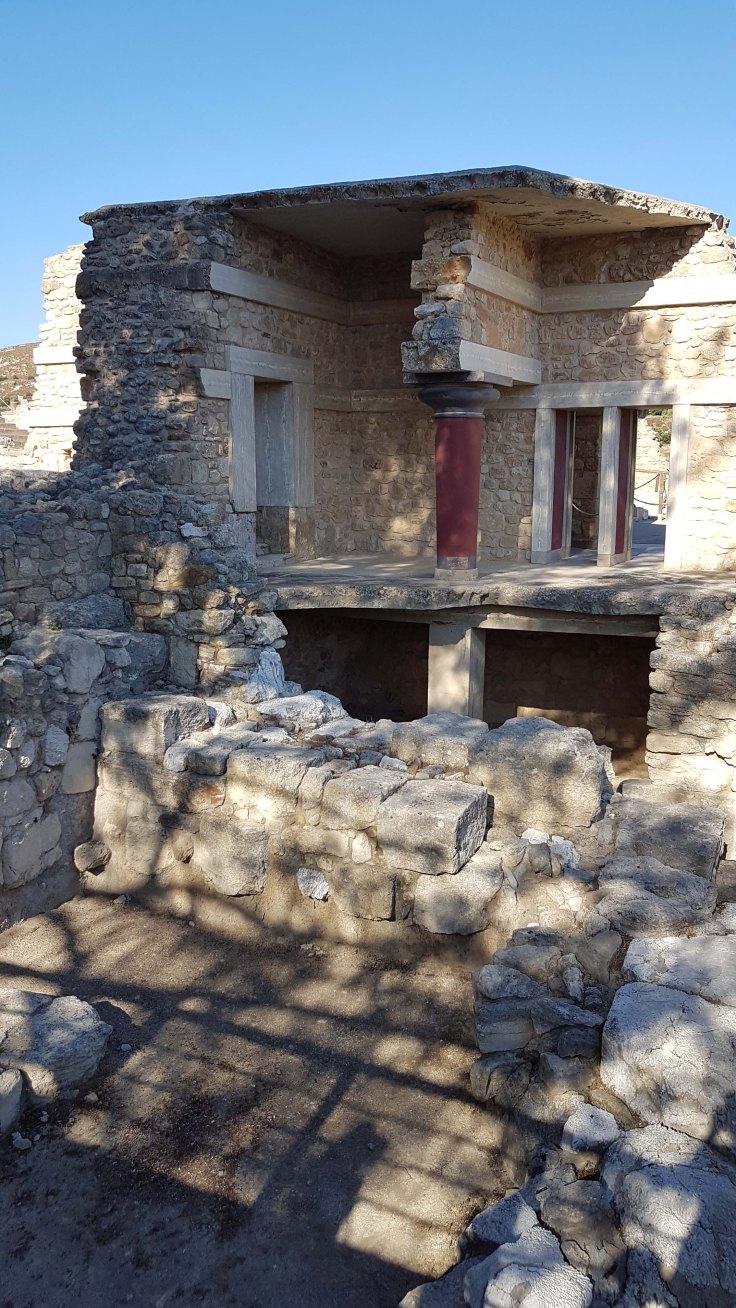 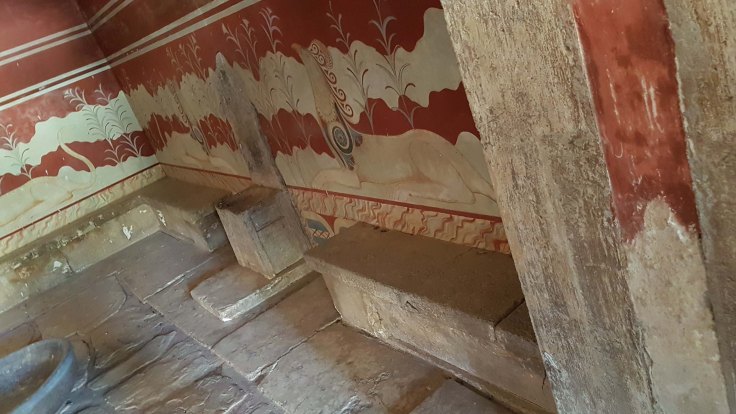 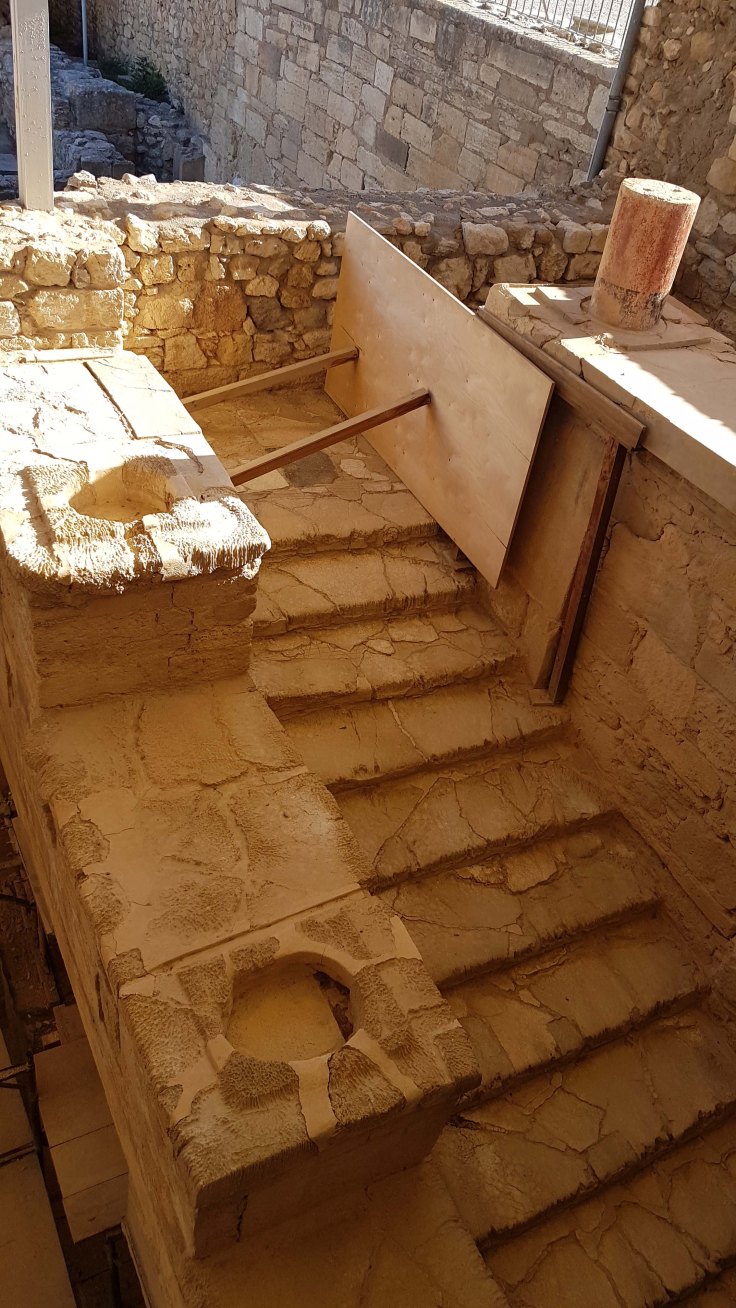 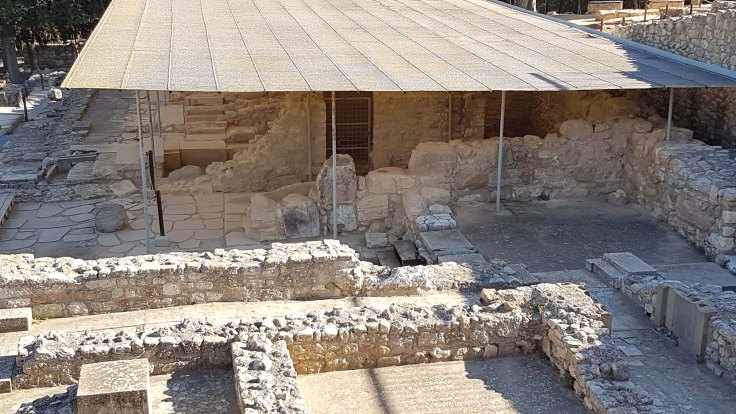 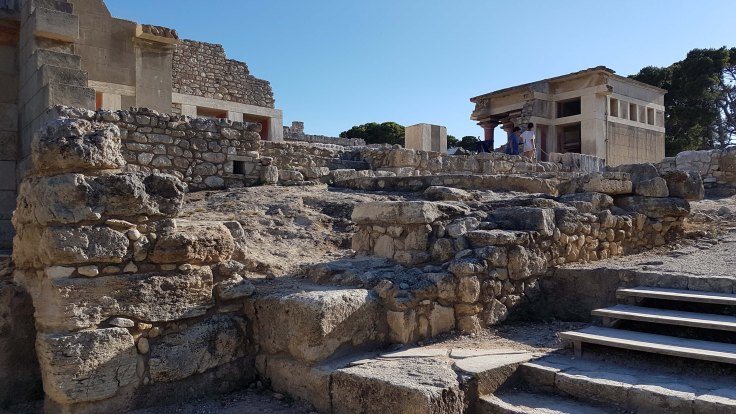 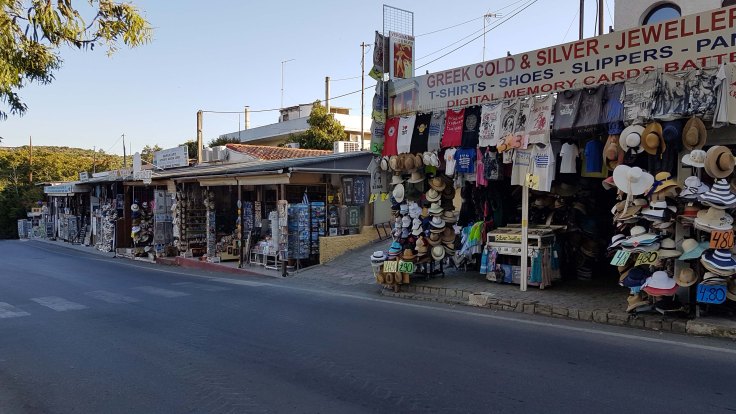 The day ended with a sunset and dinner. First and only time in my travels that I left a restaurant that made an issue of me sitting alone. I probably ended up somewhere better anyway. The mizithra ravioli was delicious. 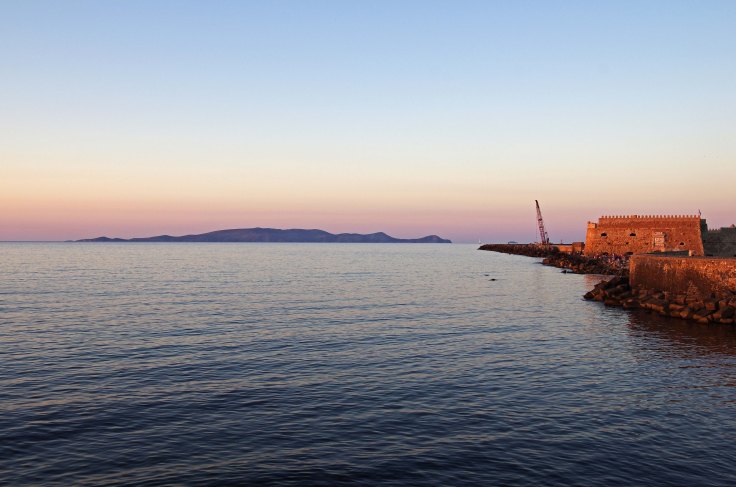 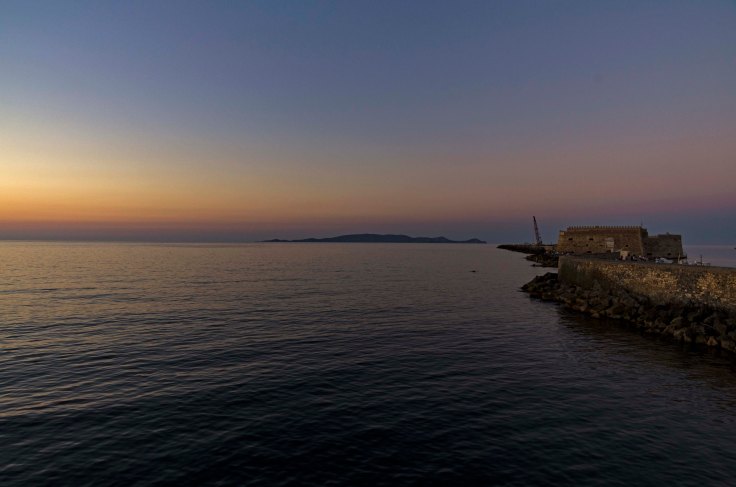 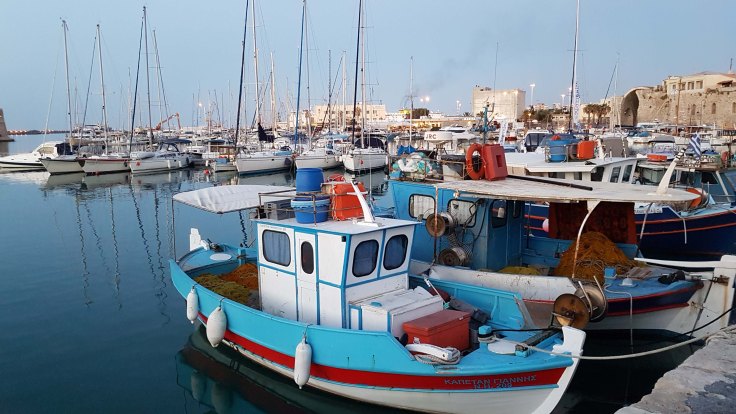 Iraklio didn’t grab my imagination in the way that other places I had so far visited did, but it was still an enjoyable day. A beautiful sunrise next morning was a good last memory to take with me to my next stop.