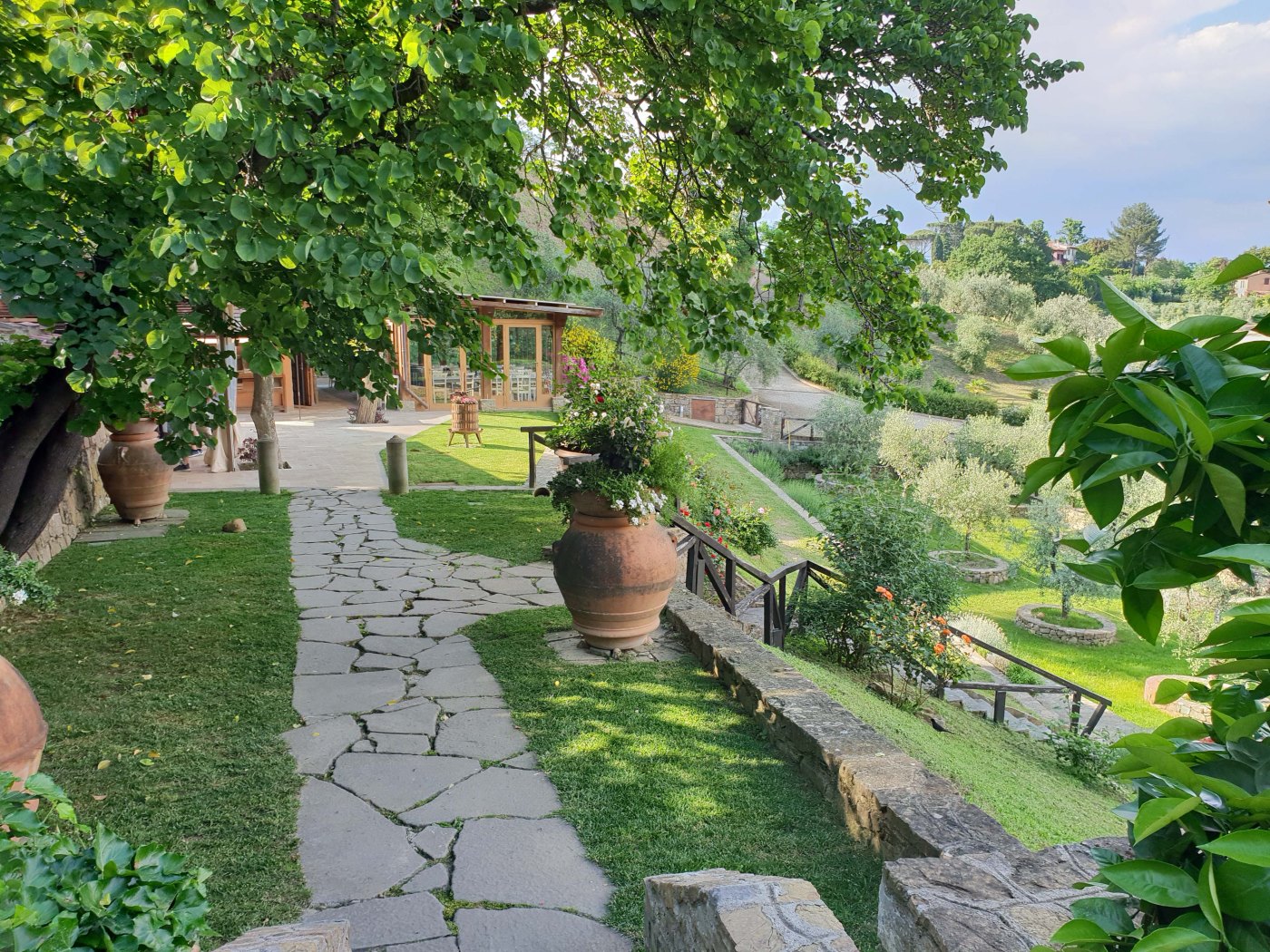 Continuing with the food theme…

I signed up for an evening cooking class in the hills of Florence. It was through walkabout tours, a company I had used last time I was in Florence and was happy with. As you would expect, there are lots of cooking classes to choose from in Florence. I think I chose this one mainly because it fit in with the rest of my schedule. I had done a different one last time, that time making gnocchi and a few other dishes. I already make pizza and sorbets at home for my kids, but was keen to learn how to do it better, and it sounded like a fun night.

The tour met in the heart of Florence, not far from the Palazzo Vecchio, and we walked to the edge of the historic centre to take a bus up into the hills above the city. The views were gorgeous. 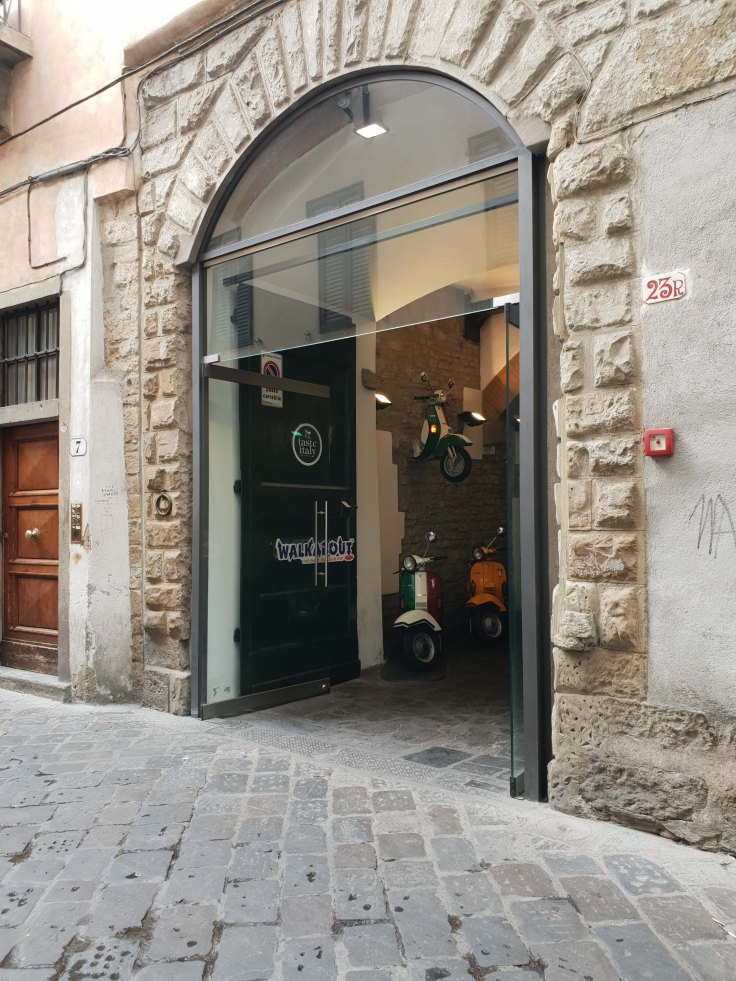 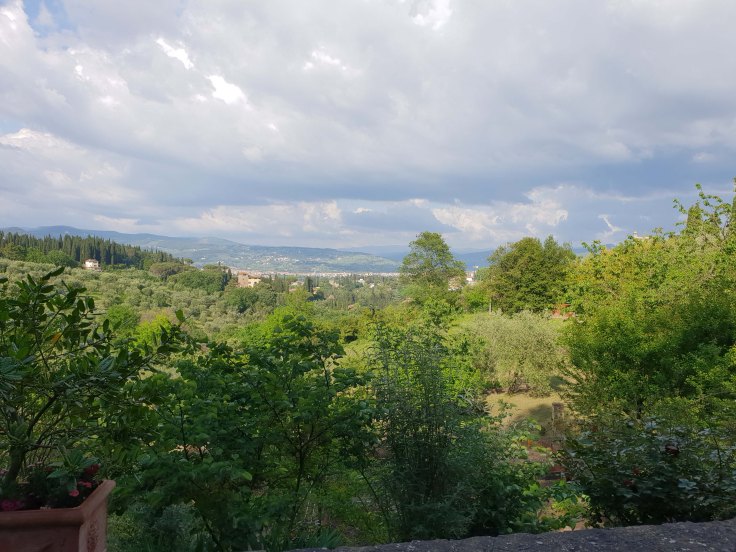 The location for the class was beautiful with stunning views across Florence. We were greeted by our instructors for the evening with wine and bruschetta while we were told what the rest of the evening would involve. 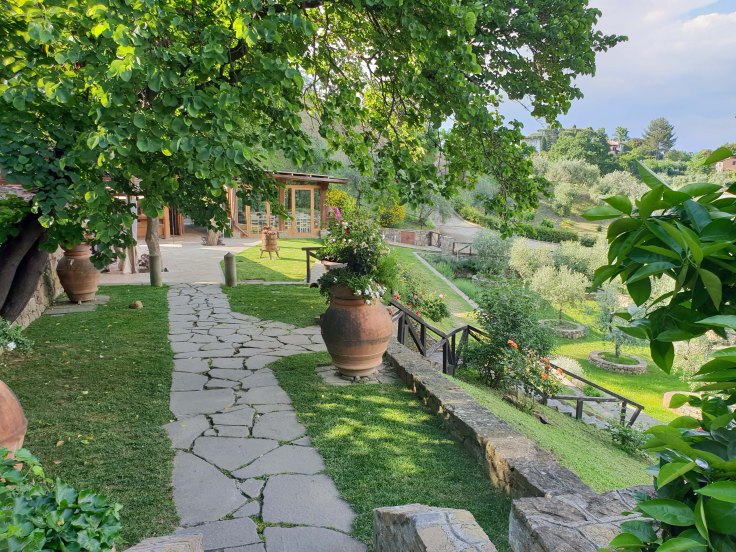 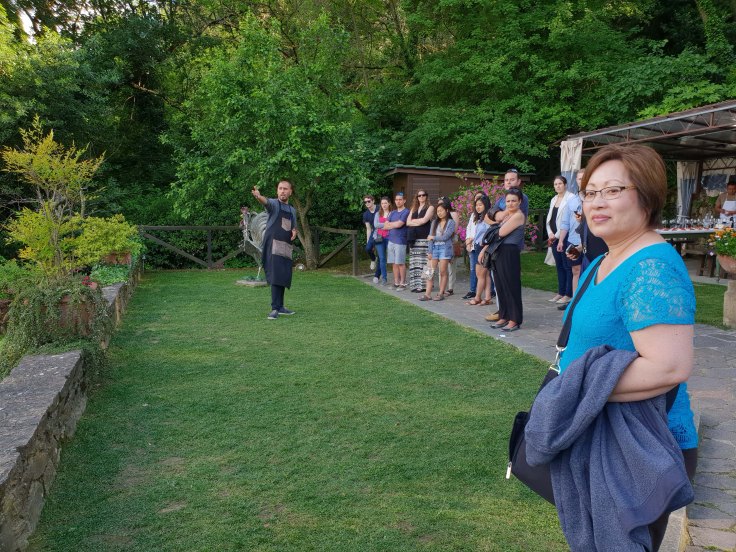 First up we started on our gelato. In a large and well equipped kitchen we were given a thorough understanding first of the composition of good gelato, then each pair was asked to select a flavour to make. Being on my own I got to make a flavour by myself, and I chose lemon. Making gelato is quite simple if you have the right ingredients and recipe. The difference between what I did already and what I learned was pretty much the addition of a thickening agent. The other big difference was the blending of flavours, but I’ll get to that later. 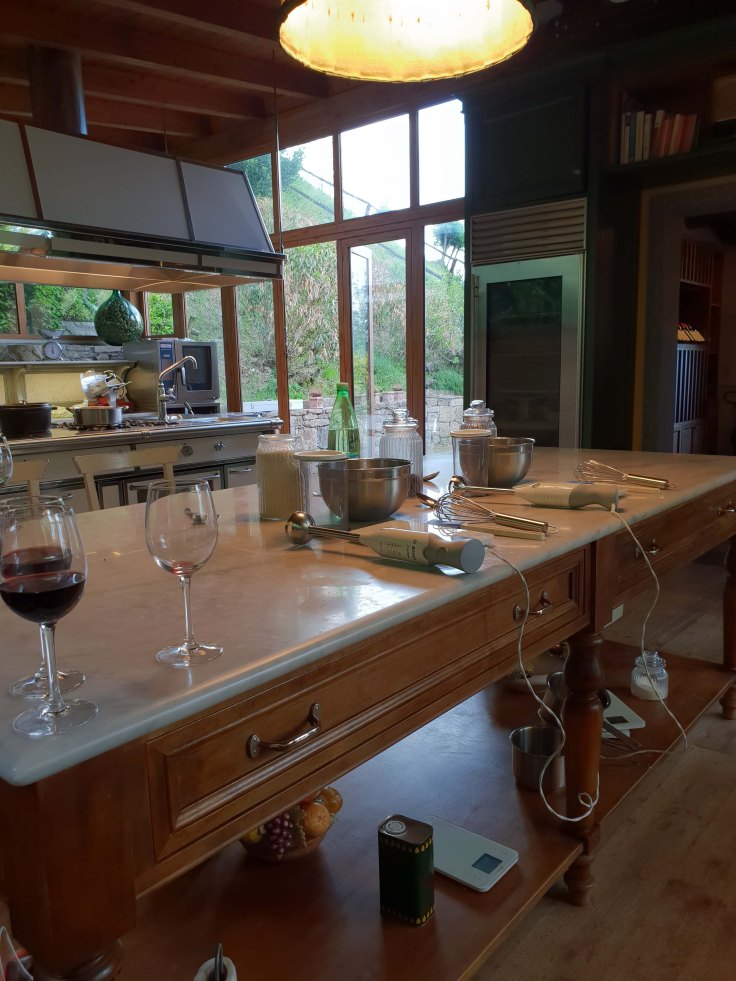 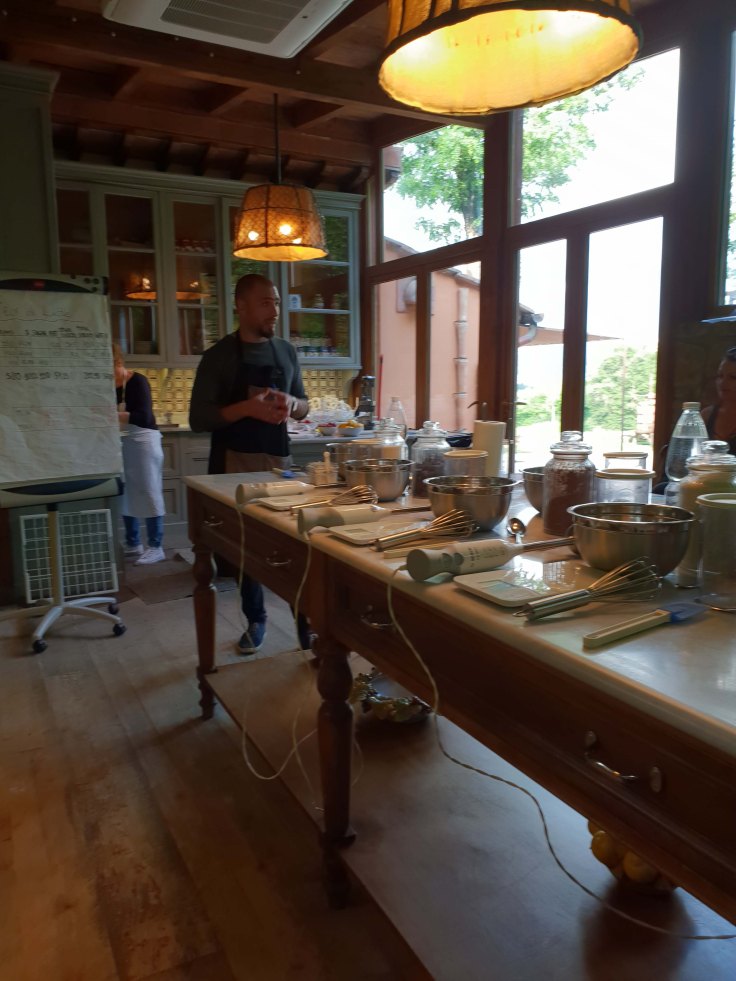 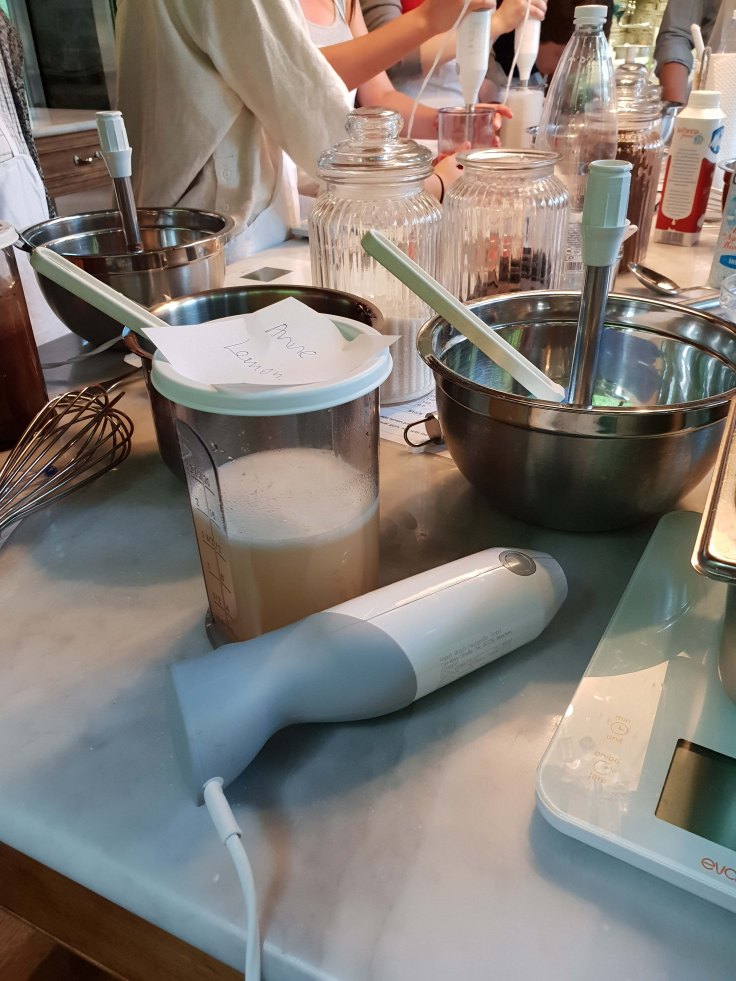 Once our gelato mix was ready for chilling we moved outside to start on our pizzas. Our instructors first showed us how to make pizza dough, then we went inside to make our own. We didn’t use this dough however, part of making good dough is letting it rise for 48 hours, so ours was put aside. Luca, our pizza god, made sure we photographed his good side 😀 (and all followed his instagram account @cookandlovewithluca) 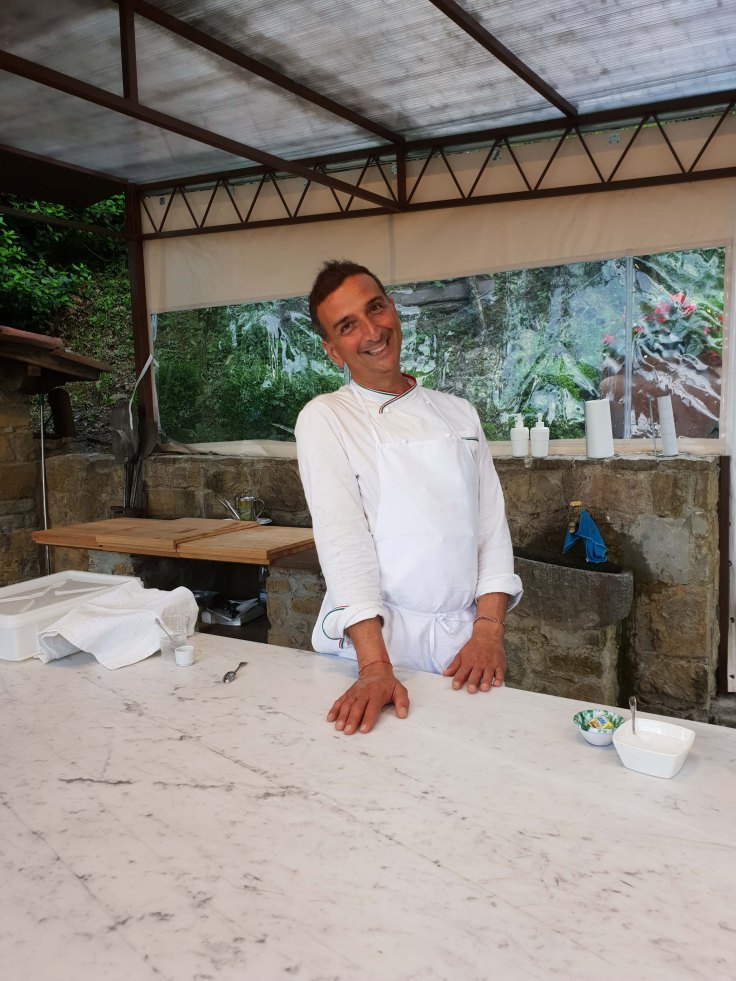 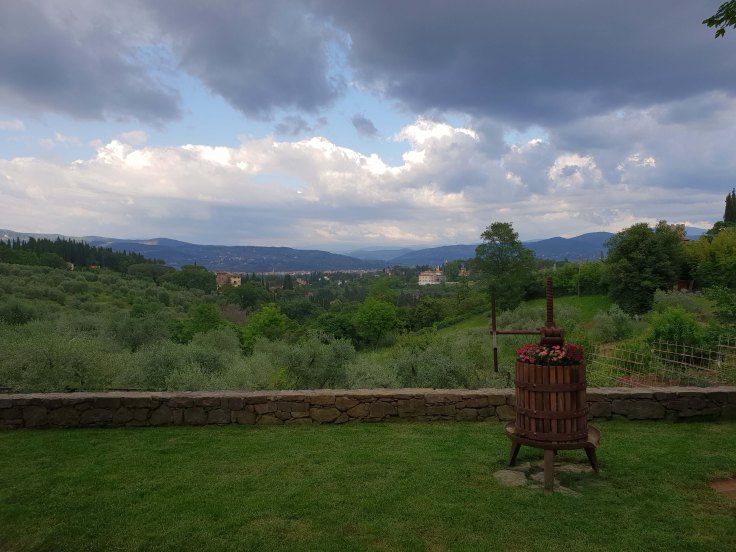 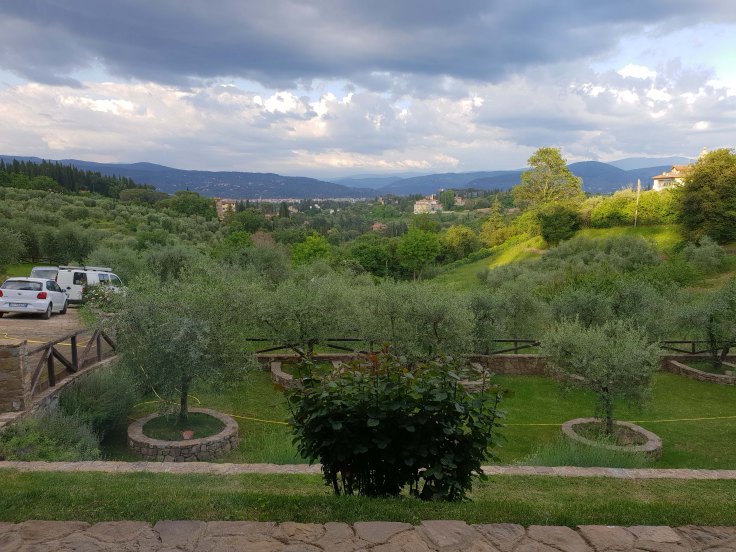 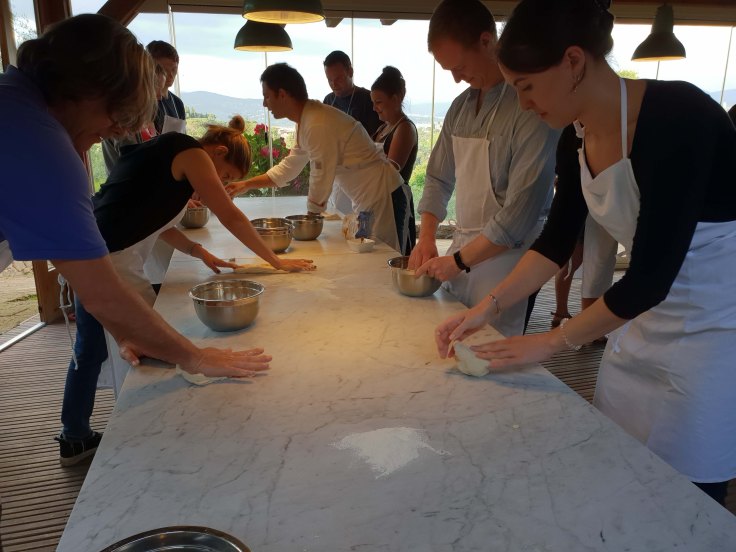 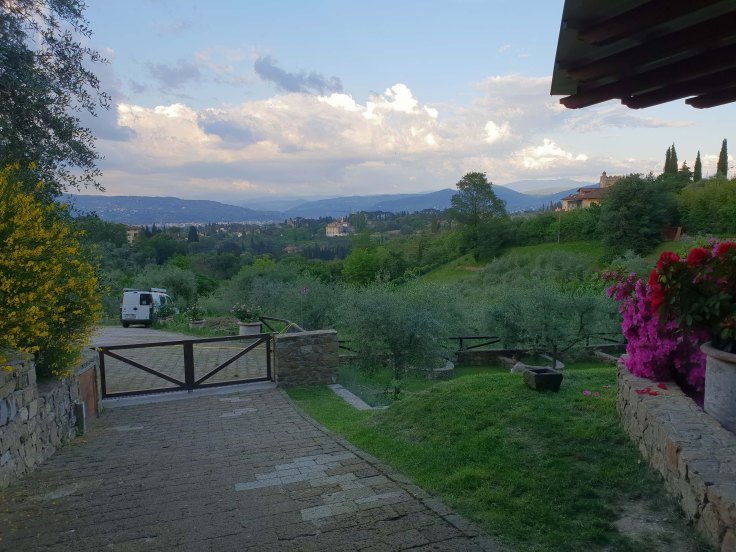 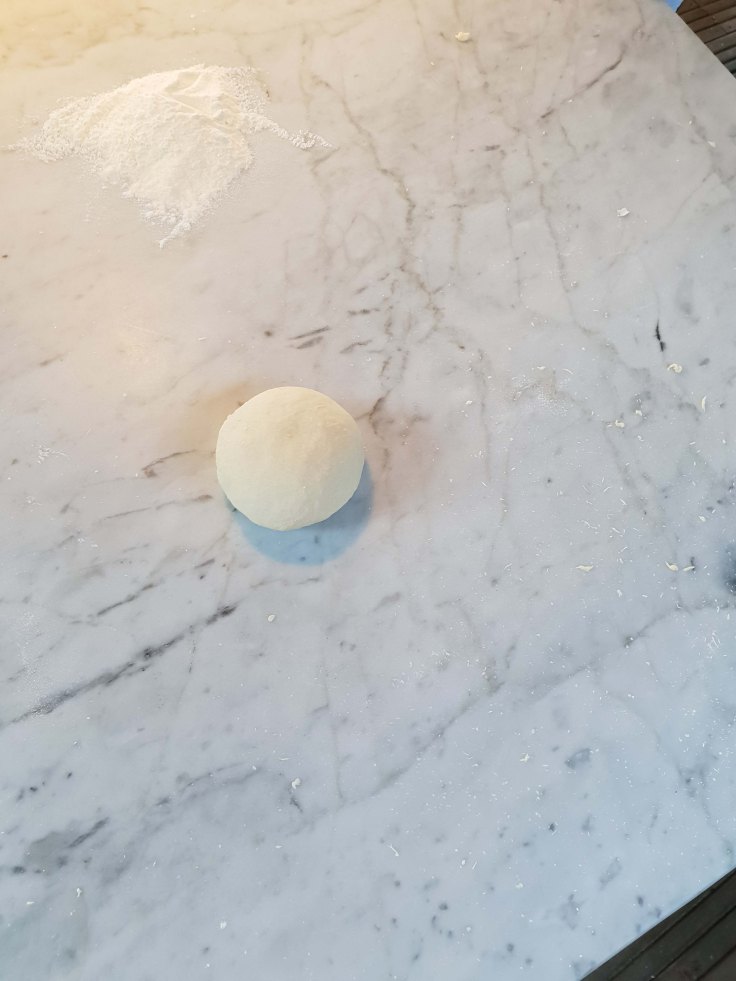 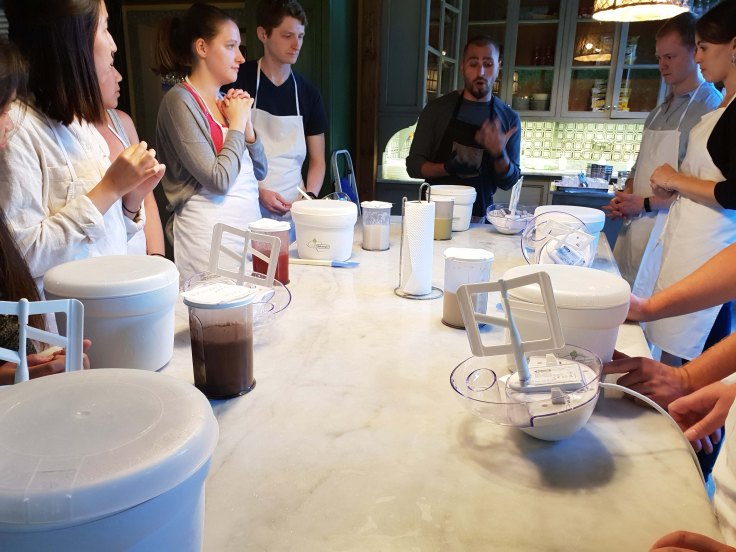 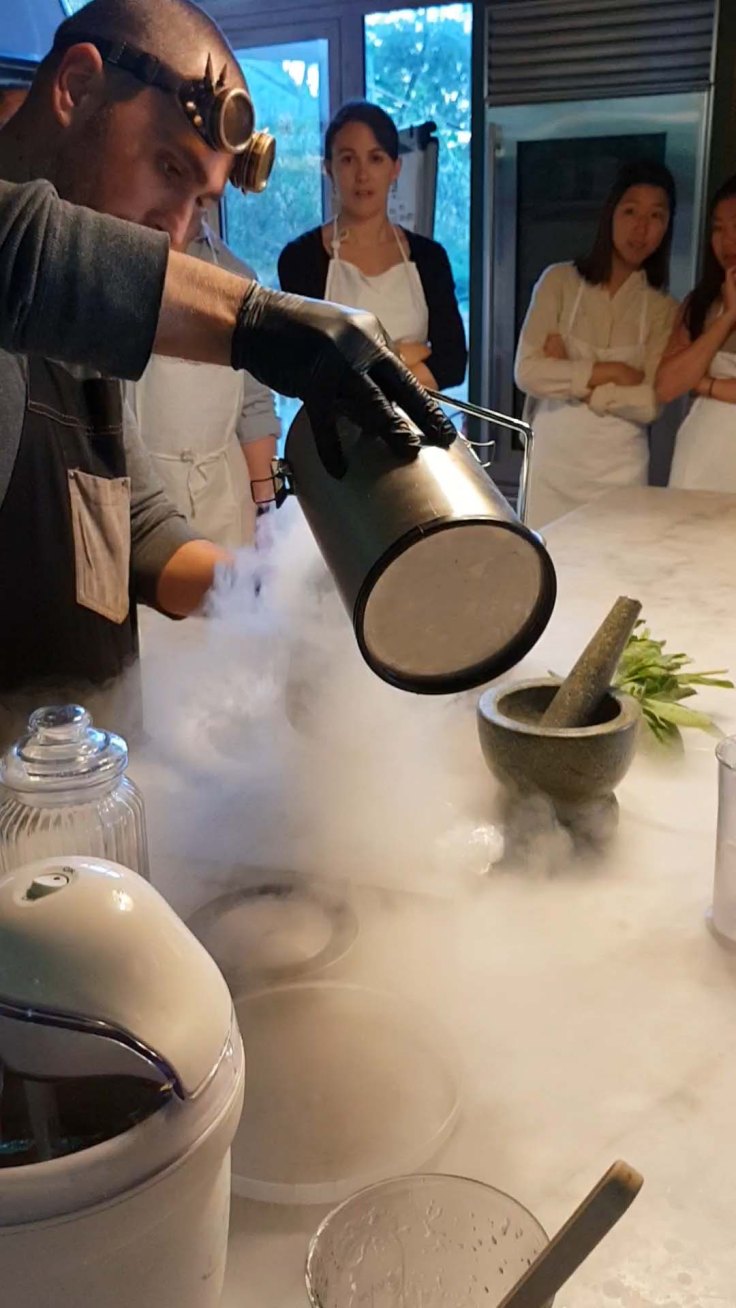 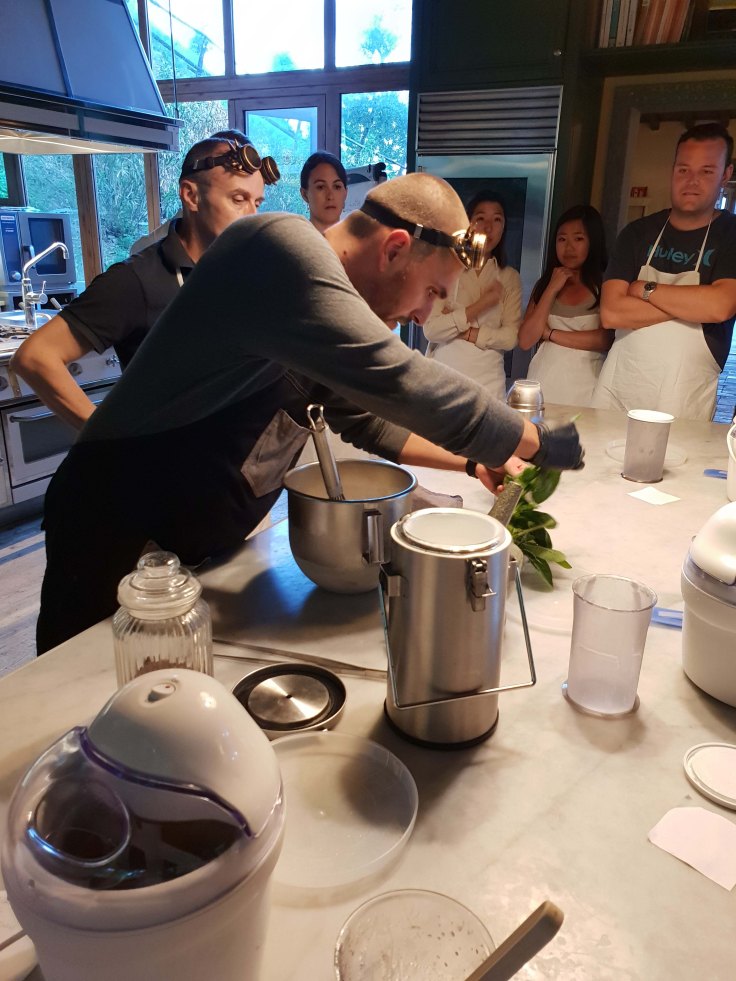 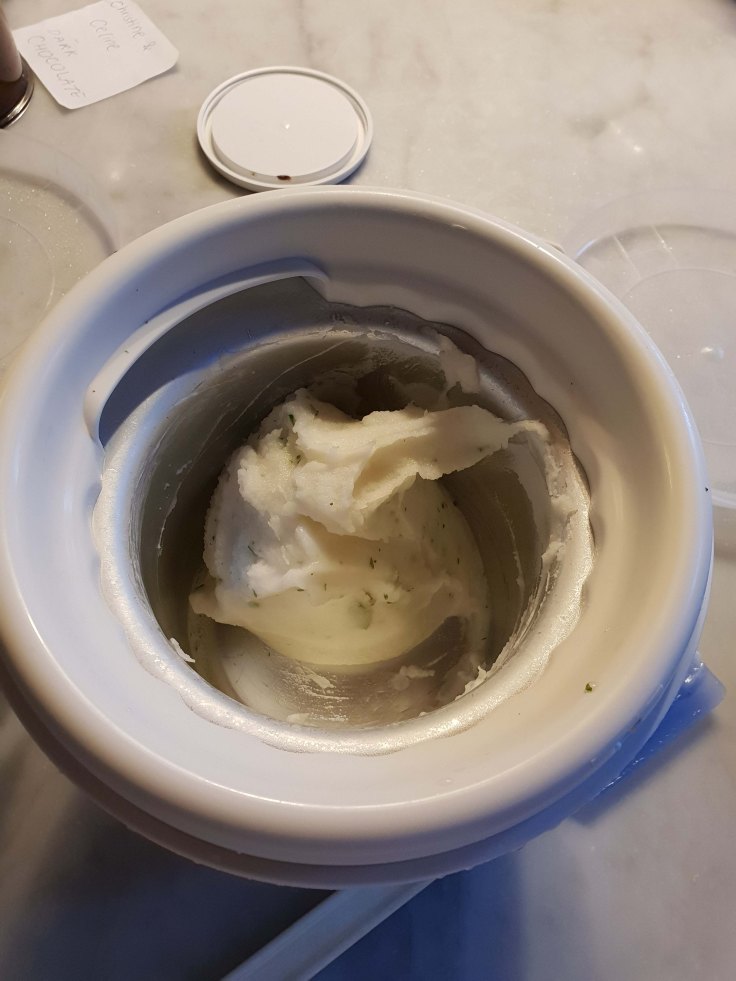 Then it was back to pizza making and here things got really entertaining. Aside from making great pizzas Luca was hilarious, getting us to ‘fly our pizzas’ in turn while getting someone else to film it on our phones, as if he were on a cooking show. I haven’t laughed so much in quite a while. 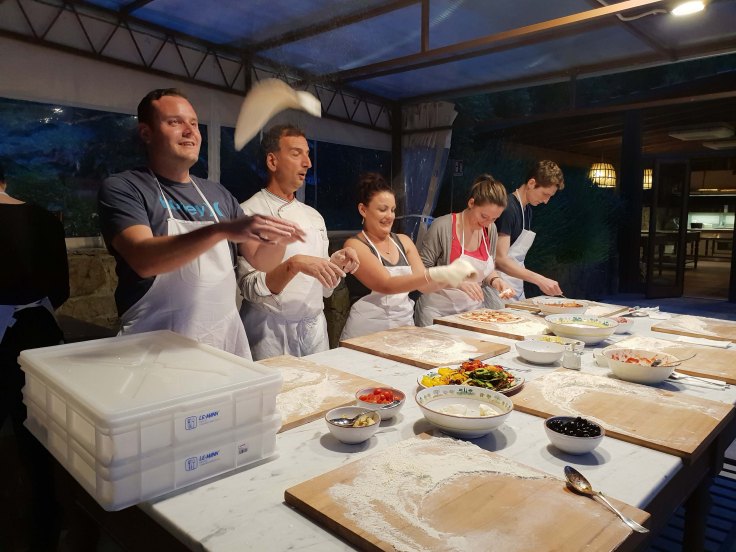 First we were shown how to make the tomato base, then how to stretch and ‘fly’ our base before we took turns making our own pizzas.  When in season the vegetable garden at the site is available for choosing pizza toppings, but for us they laid out a great selection of toppings and allowed us to make whatever type of pizza we wanted. I went for a combination of Italian sausage and potatoes with fresh basil. 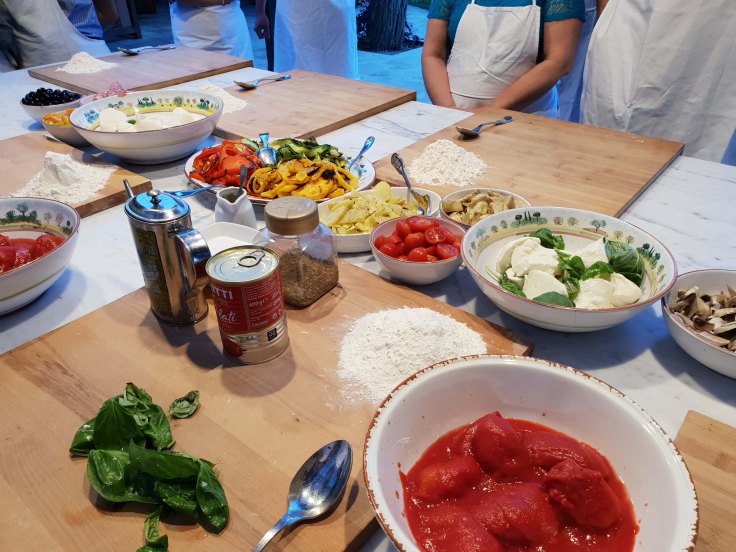 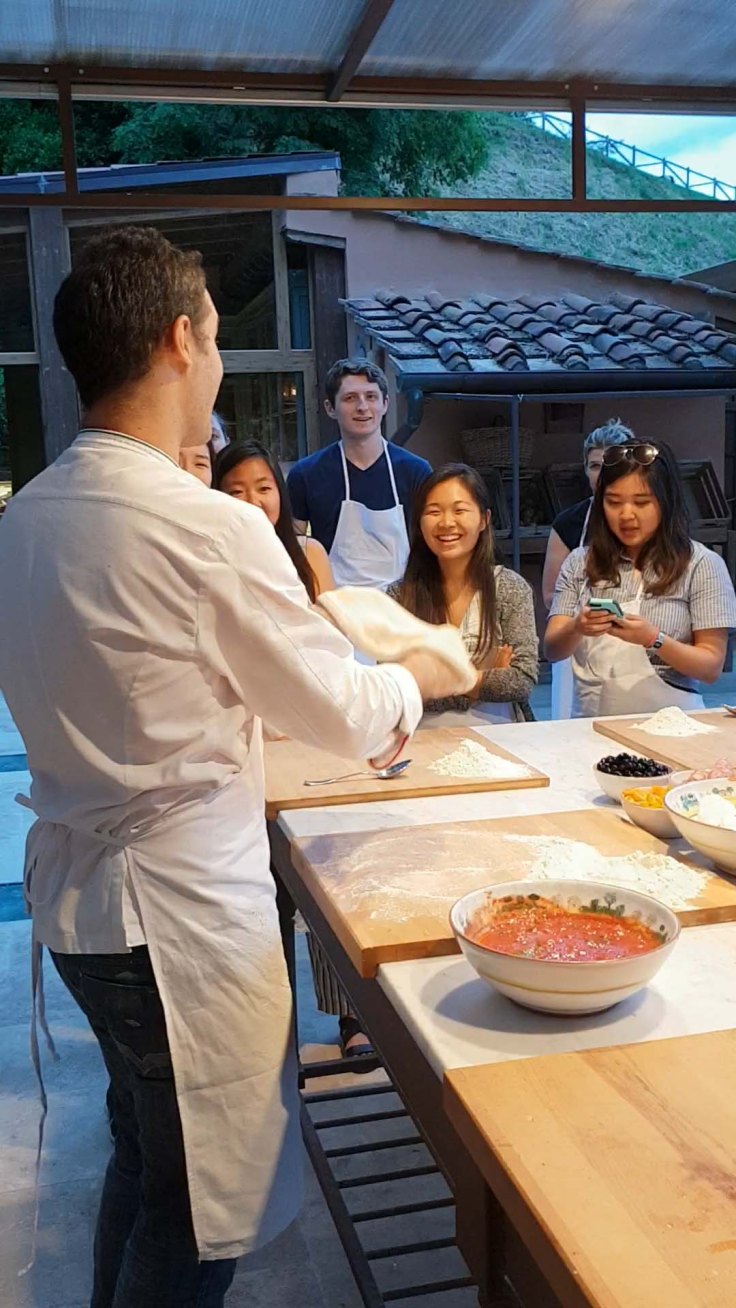 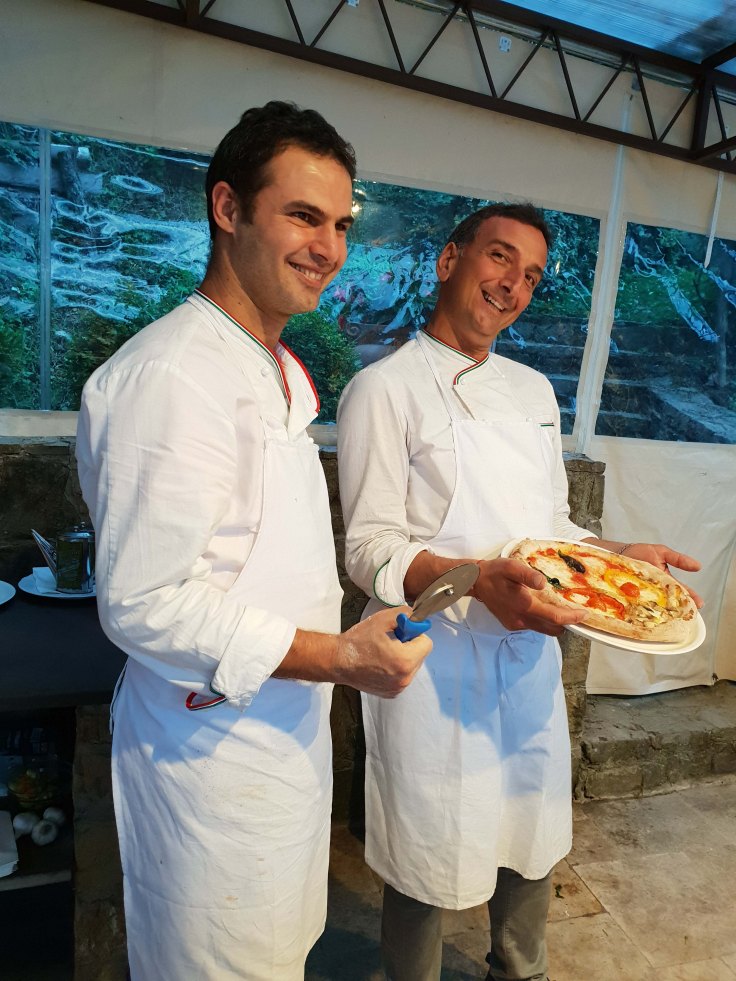 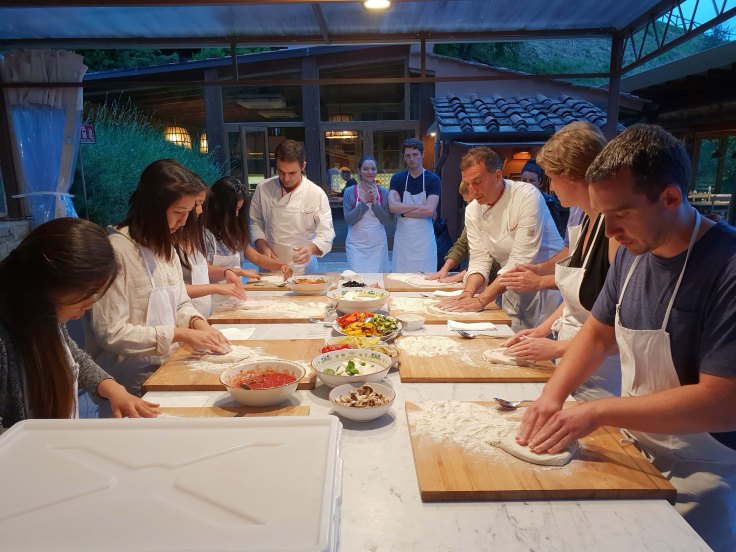 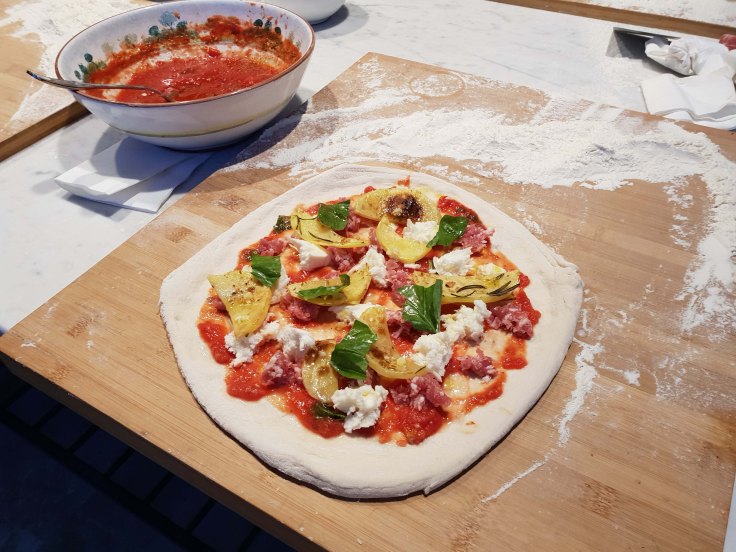 The pizzas were cooked in a wood fired oven at a temperature that meant only 90 seconds was needed for cooking time. 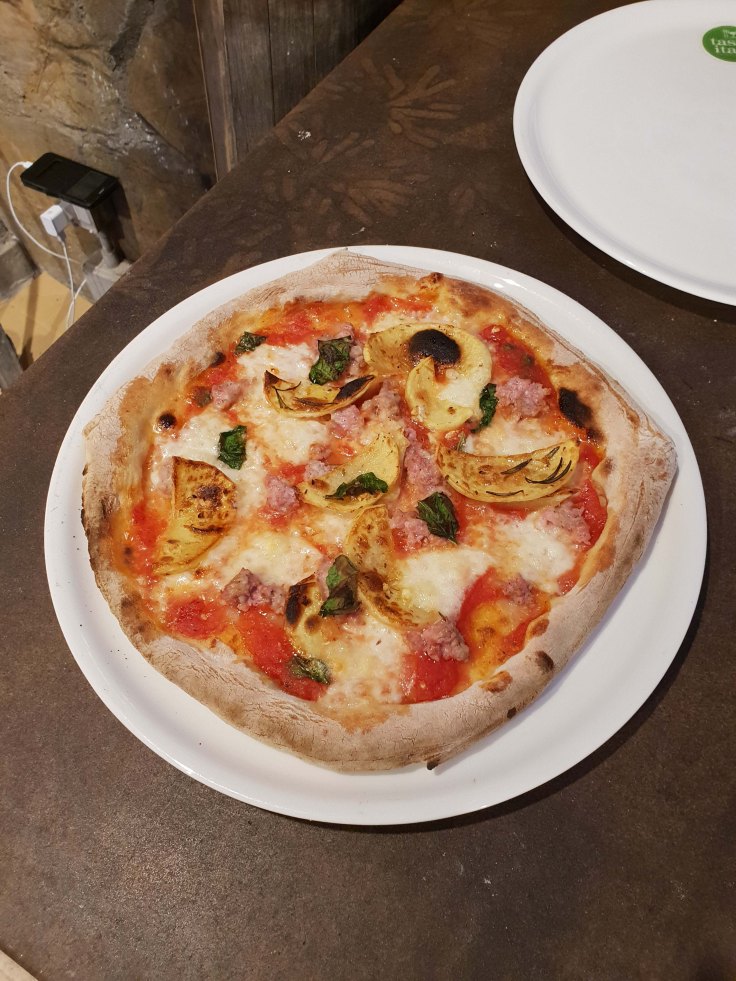 Then it was time to sit down, eat our pizzas and try all of the amazing gelati. We were provided with some toppings to add. Some memorable combinations were balsamic vinegar on pear gelato and nutmeg on my basil and lemon gelato. Not combinations I would have thought of. At the end of the evening we were all handed certificates as reminders of a very fun evening. 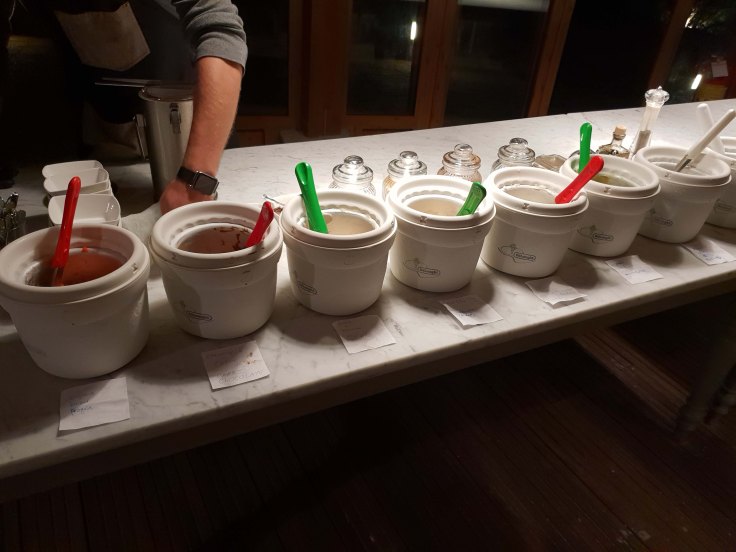 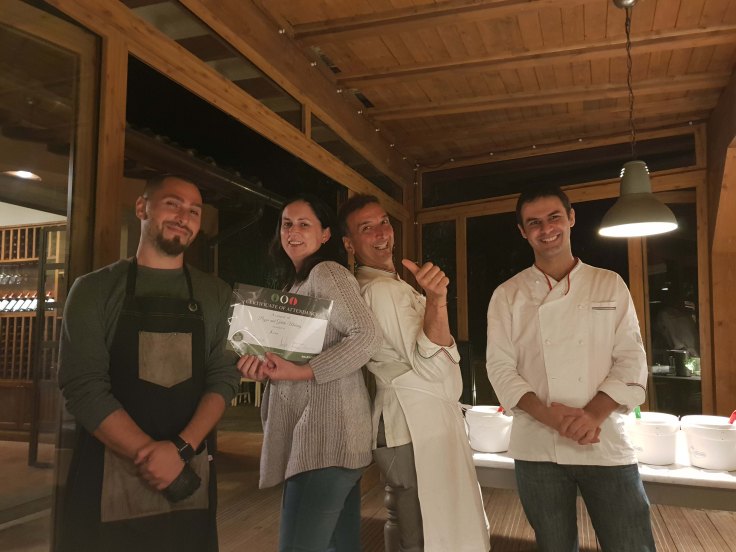 A late stroll from the bus stop back to my apartment capped off a great night. I will never tire of seeing the Ponte Vecchio. 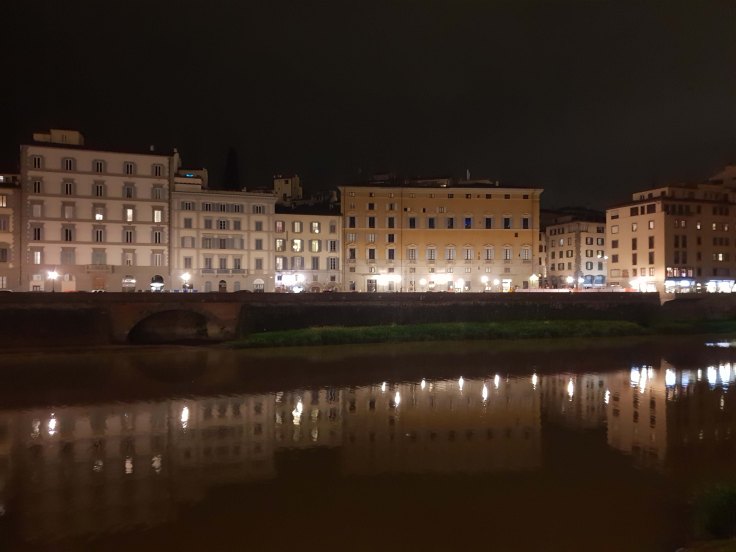 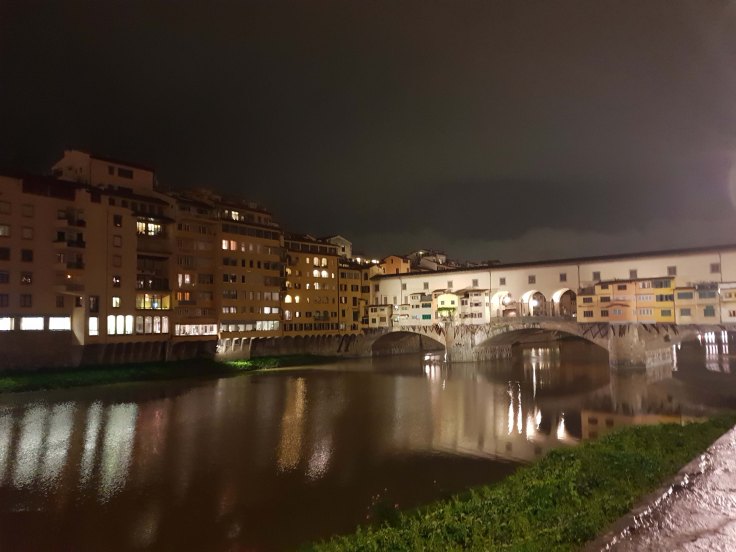 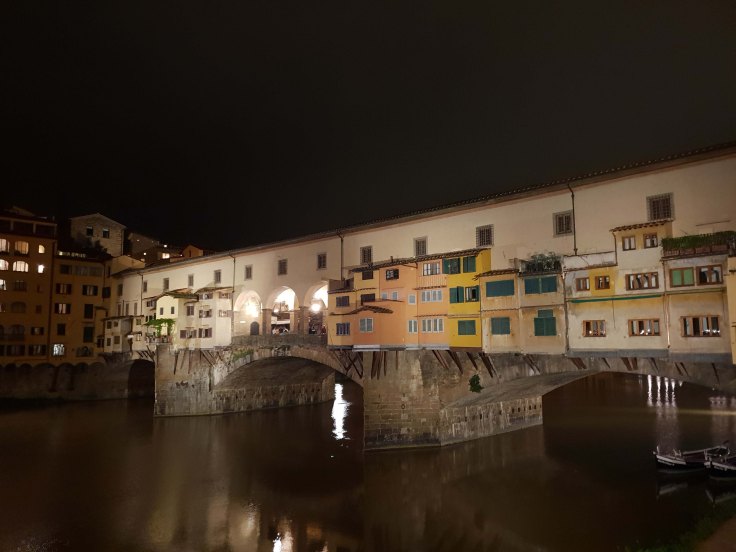 5 thoughts on “Pizza and Gelato Cooking Class from Florence”