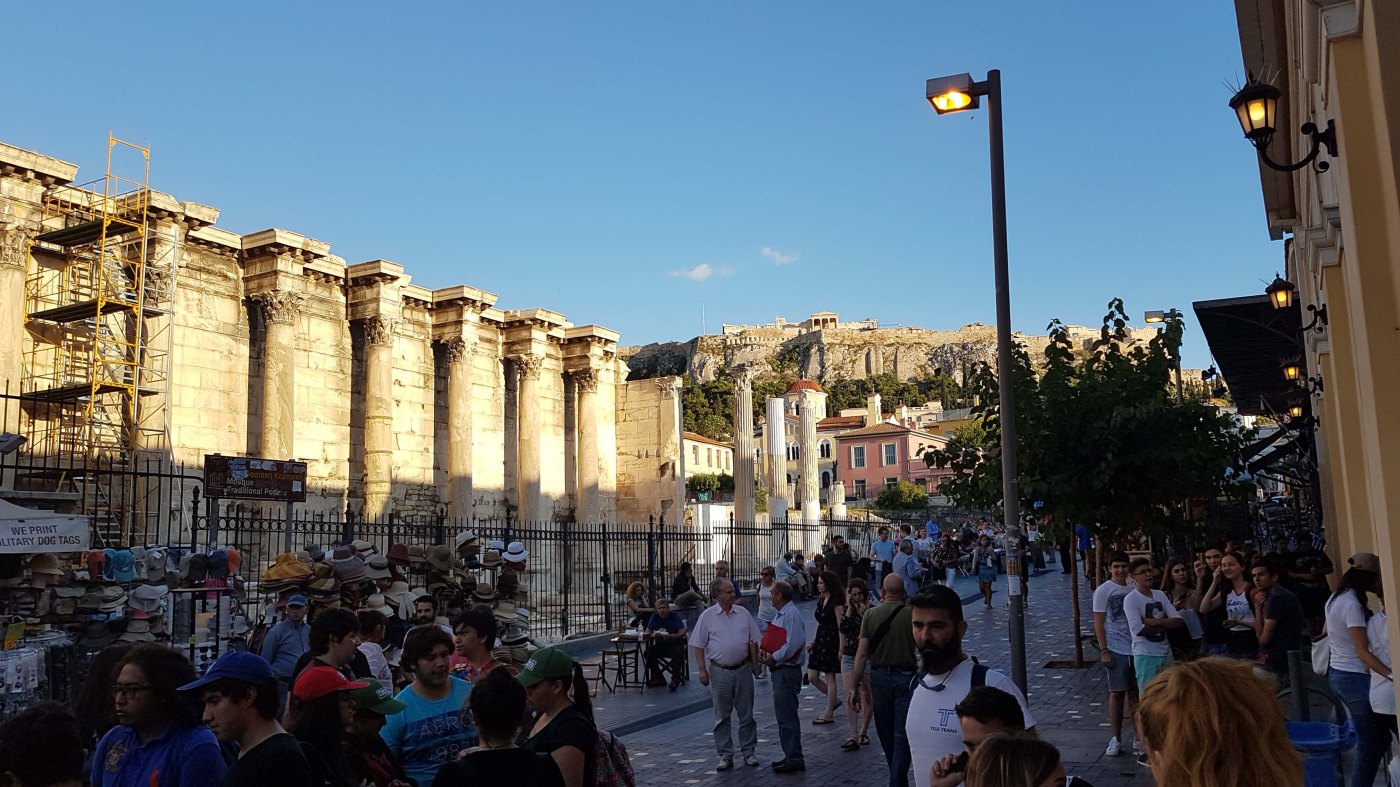 My twentieth day in Greece began with some serious packing, oops a new bag, and a final look at my hotel before boarding my ferry to Athens. Today I was taking the slower Blue Star ferry, the trip would last about six hours, depositing me at Piraeus port mid afternoon. 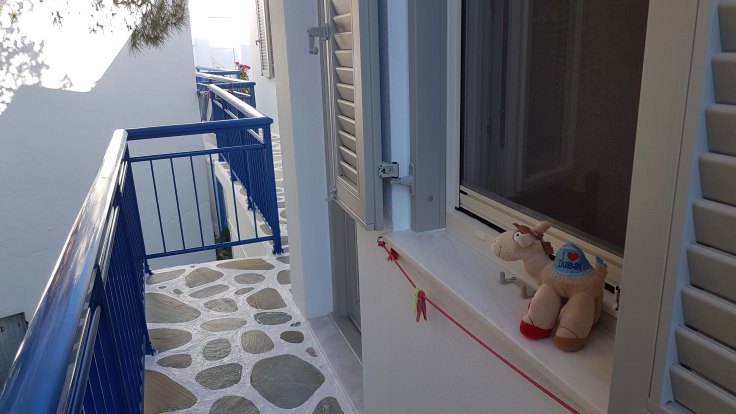 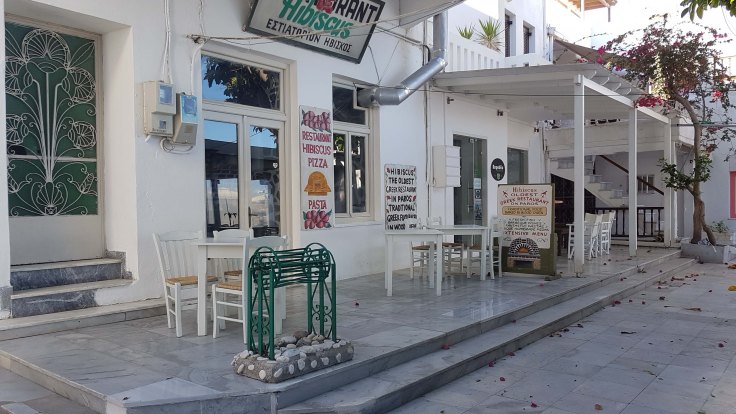 One of the great things about travelling alone is that people start up conversations with you. While waiting in the ferry queue I met a woman from the US who was with her Greek mother and two grown kids. We ended up finding a table to sit at together and I was pretty much adopted into their family for the duration of the trip. It made what could have potentially been a boring trip instead one full of stimulating conversation.

Once I arrived at Piraeus I took a train to Monastiraki and walked to my hotel. It was the same hotel I had stayed at on my first night in Greece. I was having one night there before moving into an Airbnb the following day. After a long time sitting down on the ferry I was keen to get moving so jumped on the metro and headed to the national Archaeological Museum, which was a short train ride and walk away.

Throughout my travels all over Greece I had seen at many sites notification that certain relics were in the national museum so visiting it really wrapped up some of those visits. It was a huge museum covering thousands of years of history but I was more drawn to the relics from places I had been. I won’t even pretend to have absorbed much of the history but I certainly found it a worthwhile visit.

The museum is housed in an imposing building and the first display, from the neolithic period, completely blew my mind, simply with the age of it.

The most famous exhibit in the museum is the gold mask of Agamemnon, which probably isn’t and may even be fake. Regardless it is quite impressive. 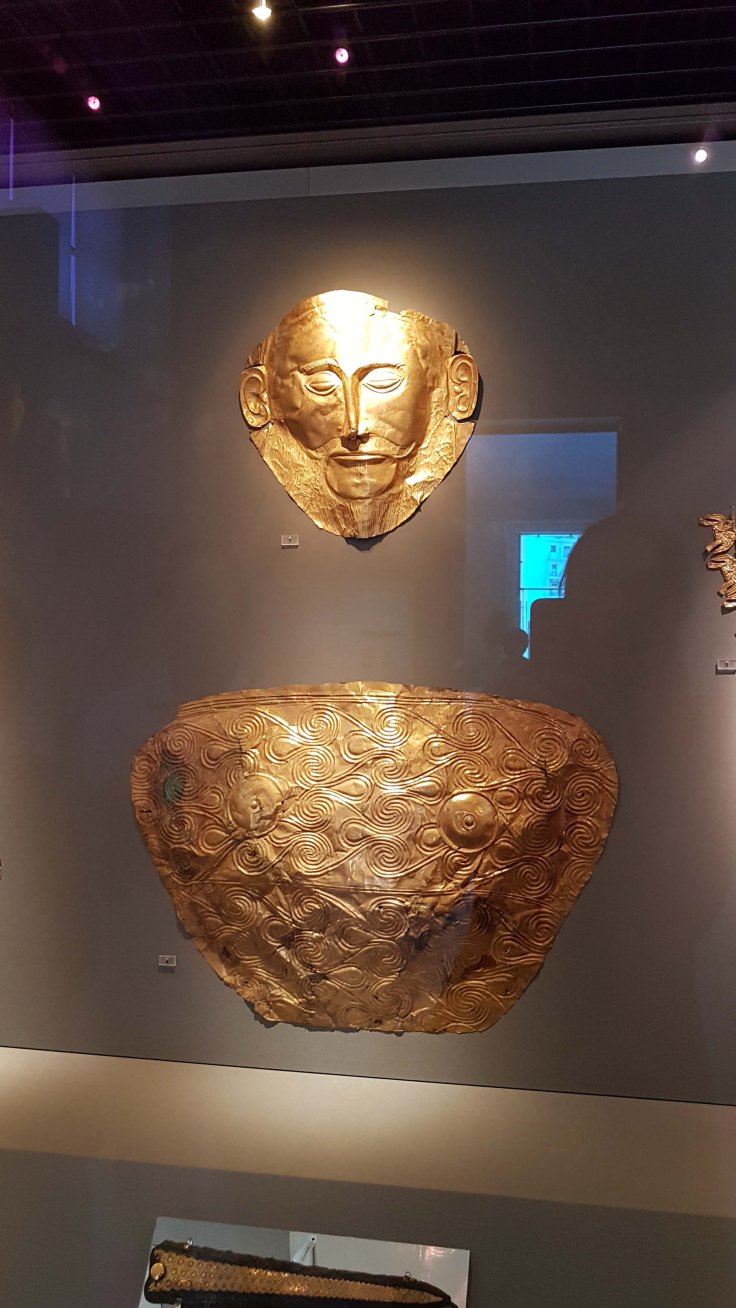 Like the other museums I had been in, many of the artifacts had been found at burial sites. I was again thankful to those thousands of years ago who buried a lifestyle alongside a loved one. 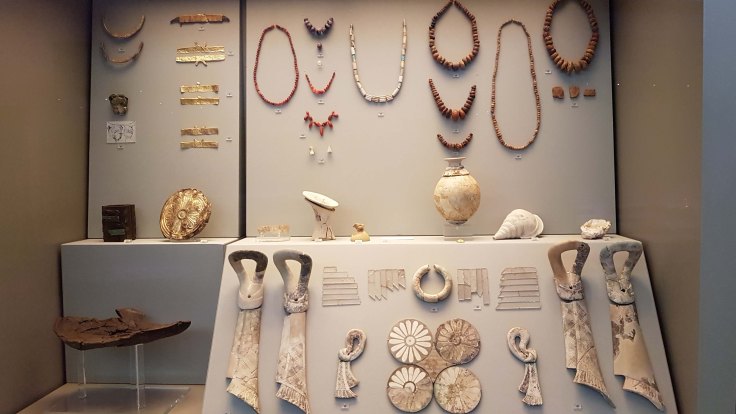 There were hundreds of statues, I quickly learned how to spot Aphrodite, she was always scantily clad. And as well as Greek figures there was an extensive collection of Roman figures. It was truly a journey through time.

I took hundreds of pictures, but it really is a place to be visited to appreciate.

With that visit completed, all that was left to do was take a train back to Monastiraki, cast a quick glance at the Acropolis, and find some dinner, pastitsio. The day began on the islands and ended in the heart of the city.