My fourth day on Santorini and fifteenth in Greece. Today I really just wanted to visit Pyrgos, having heard how lovely it was. After yet another bus trip, I had lost count of how many buses I’d been on to that point, I was in the main square at Pyrgos. I found a place in the square to have breakfast, a honey drizzled, cheese filled pastry that took cheese pies to a whole new level. 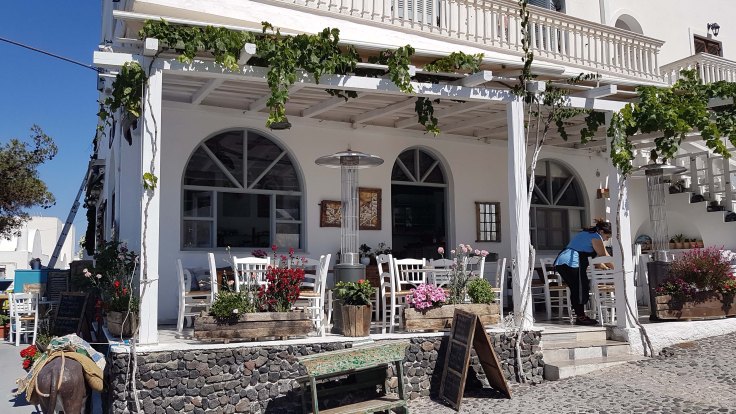 After that I started wandering the streets of Pyrgos. Pyrgos is at quite a high point on the island, making for some amazing views. 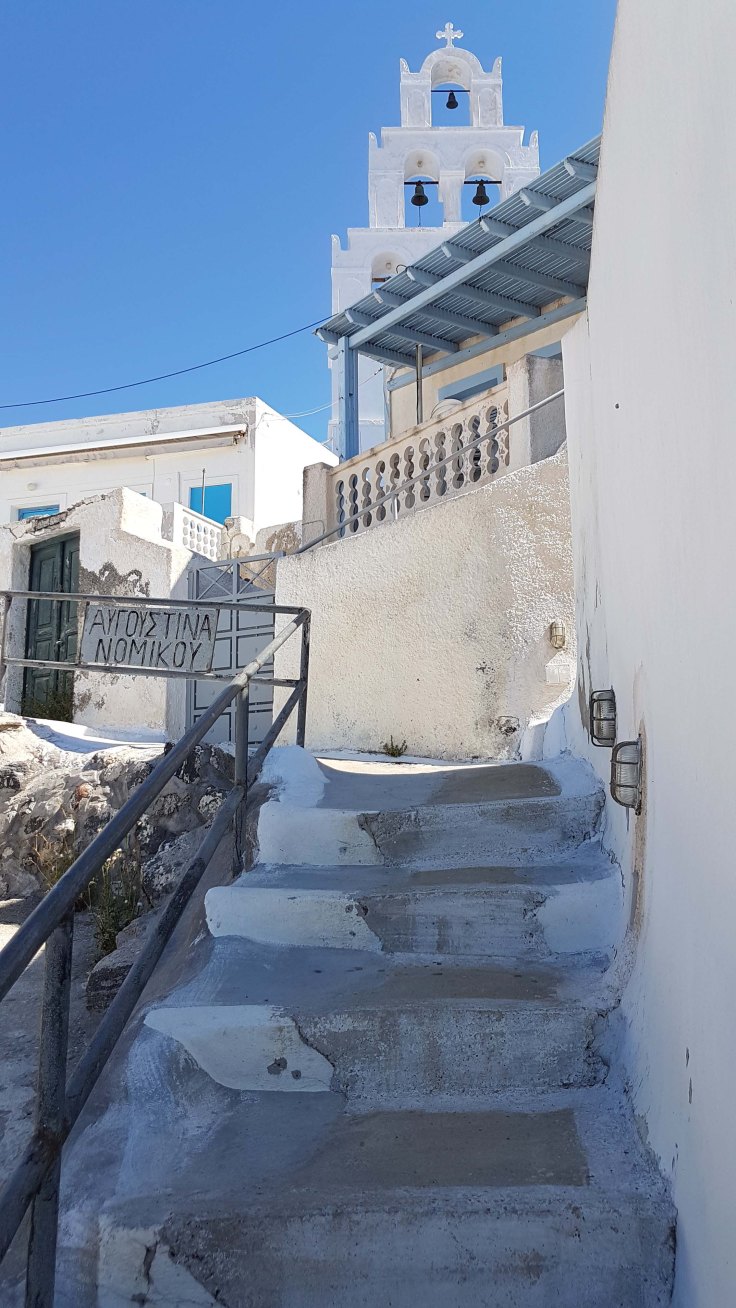 Downhill in the distance I could see the village of Exo Gonia. Again subscribing to the doctrine of being my own worst enemy I wandered down for a closer look. Exo Gonia is quiet and not what you would expect to find on the most toursity of Greek Islands. It also has a lot of churches, which you probably would expect. It also has a rather steep walk back uphill to Pyrgos. 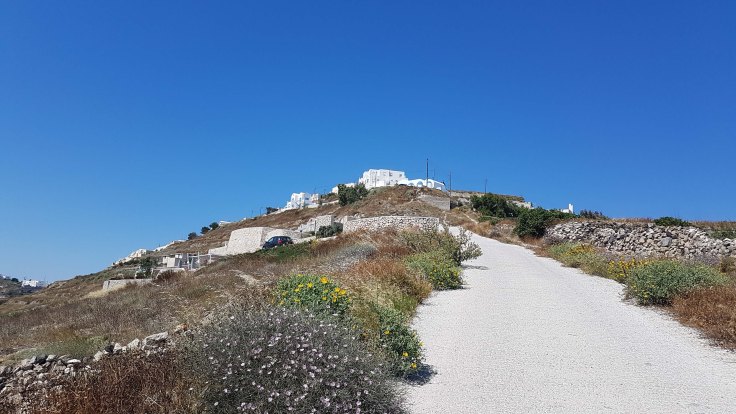 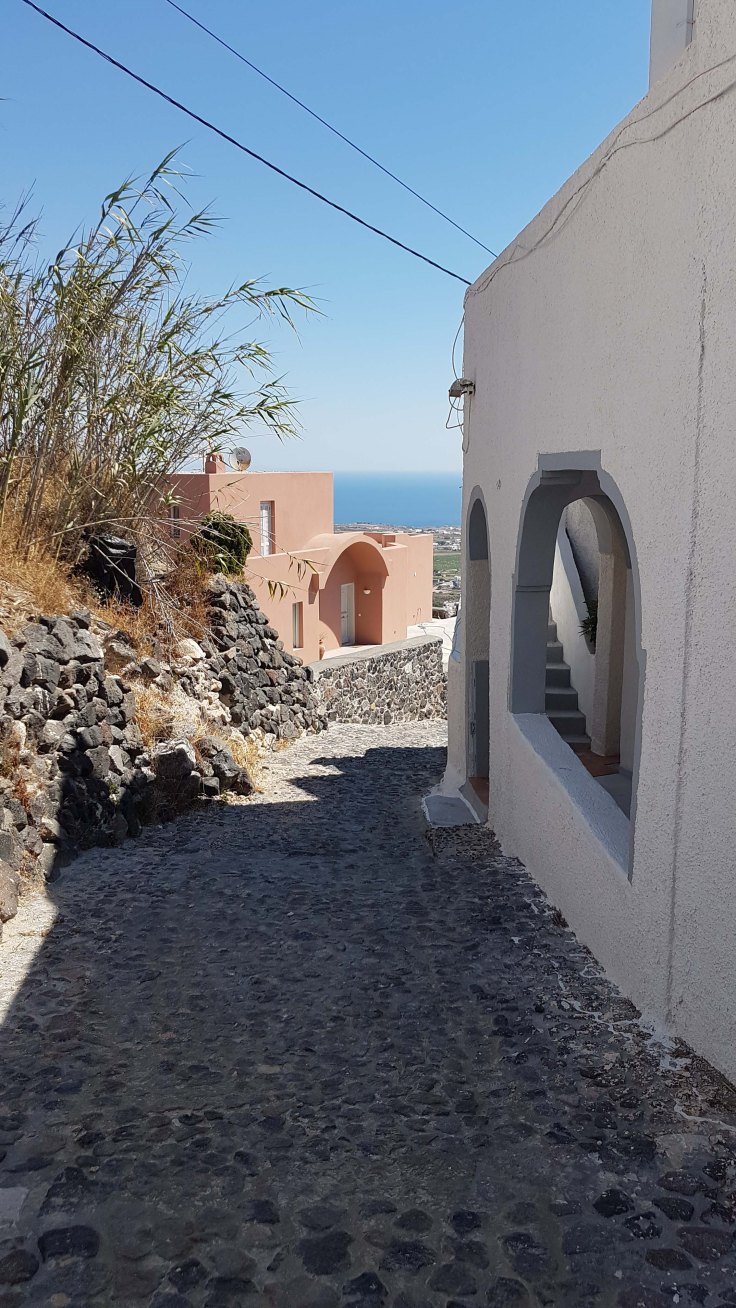 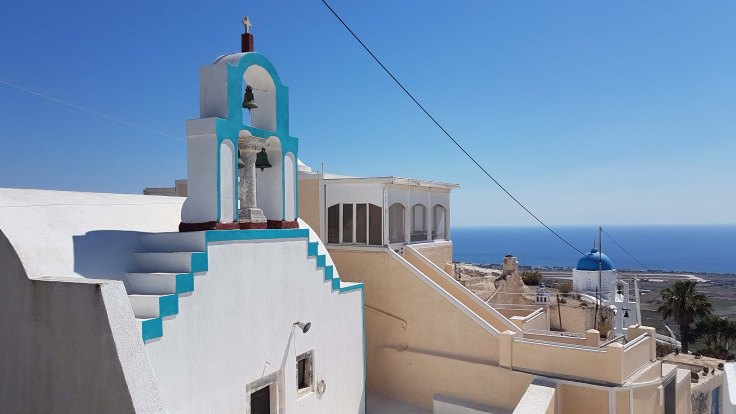 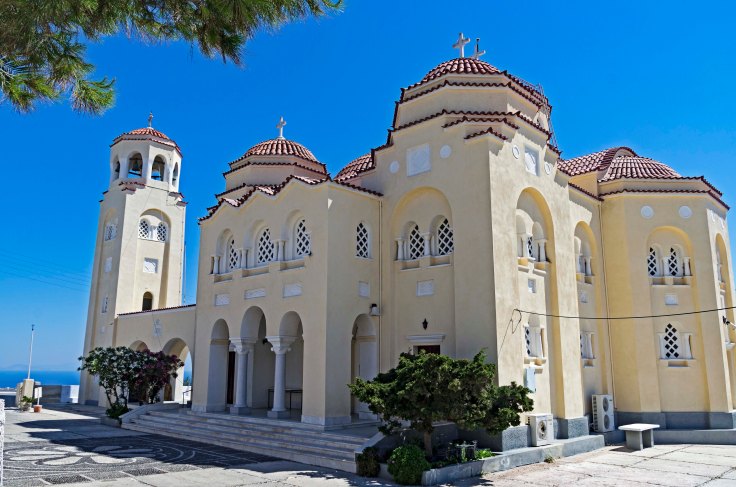 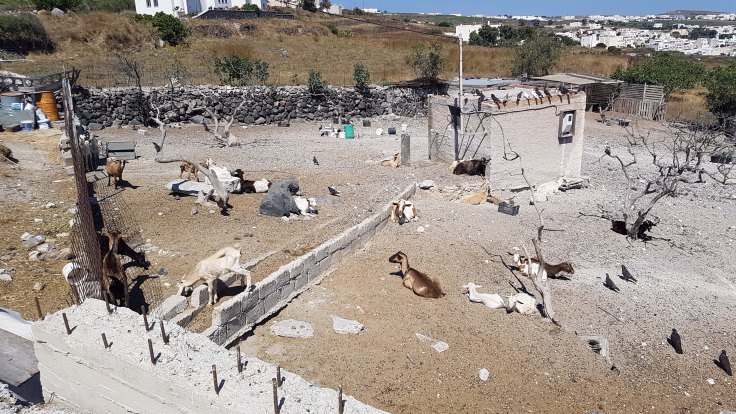 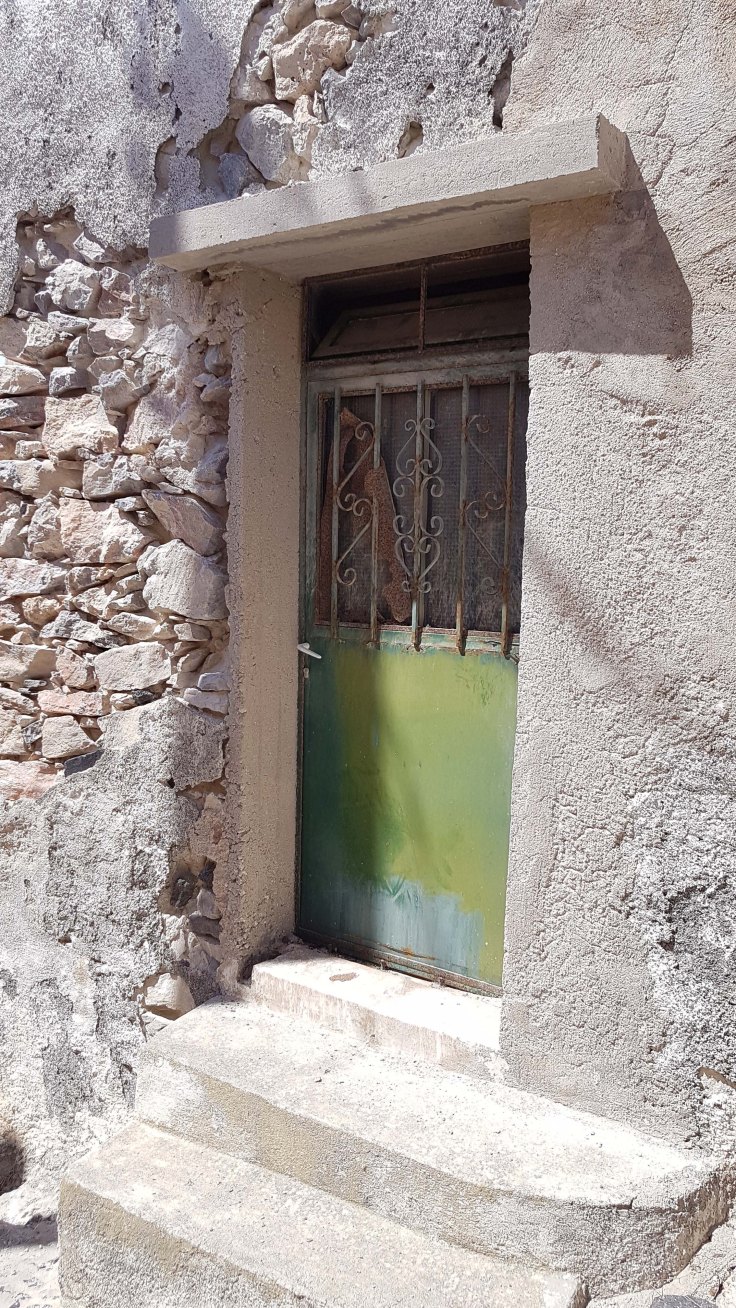 Apparently a walk down to Exo Gonia isn’t the most touristy, or even local, thing to do. When I got back to Pyrgos, both the waiter at the taverna where I ate lunch, and the shop assistant in the bakery that I dropped into because, duh, it was a bakery, thought I was crazy for having done so. I certainly needed a drink after that.

After lunch, back in the village square, I headed off in a different direction to see more of the village. 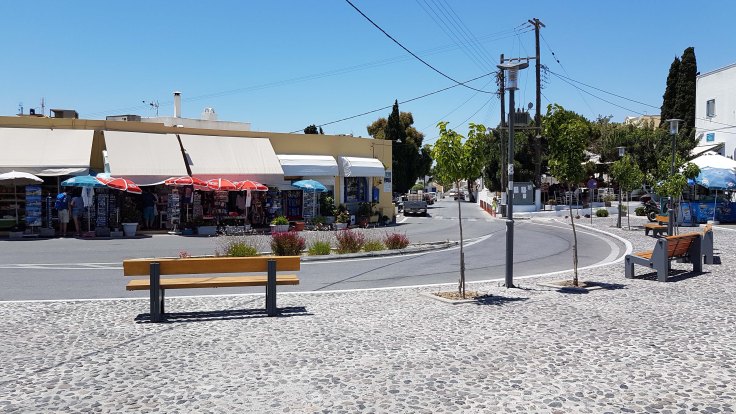 What I found was a maze of narrow streets full of cute and interesting shops, steps, doors, amazing views, churches and everything else you would expect on a Cycladic island. And a donkey. 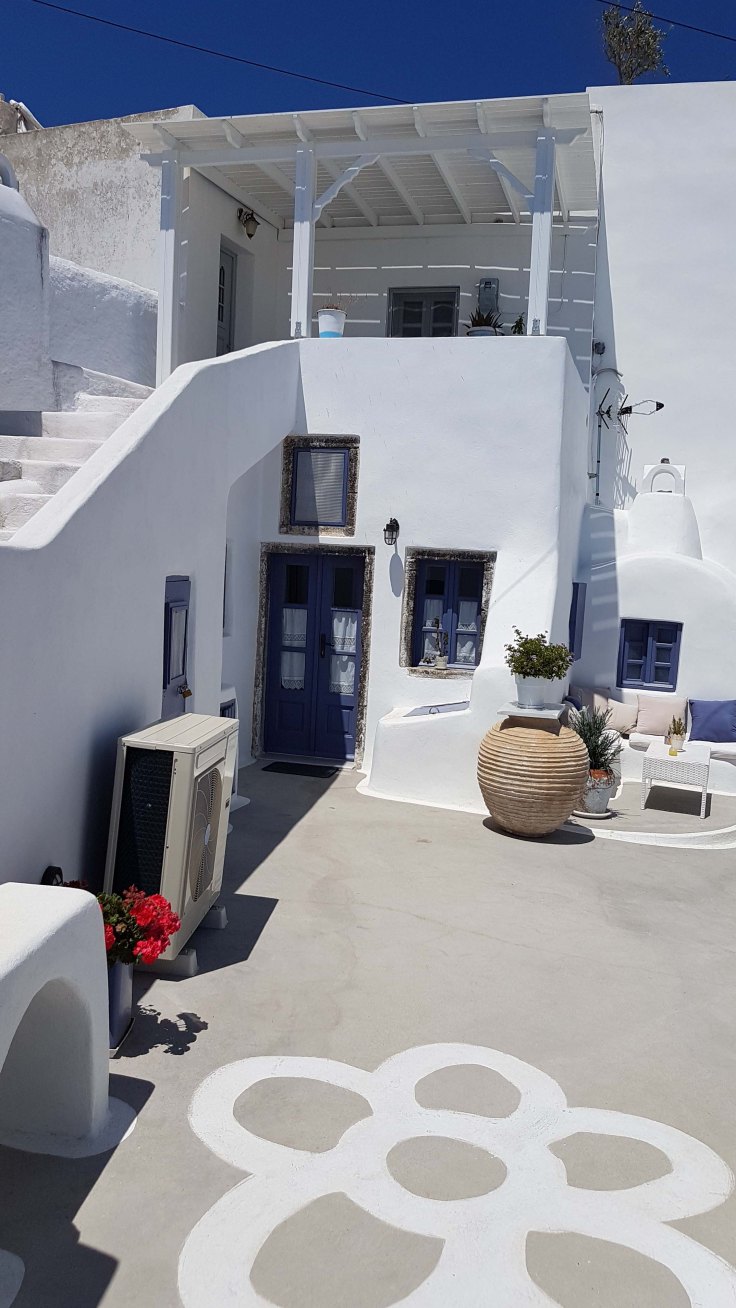 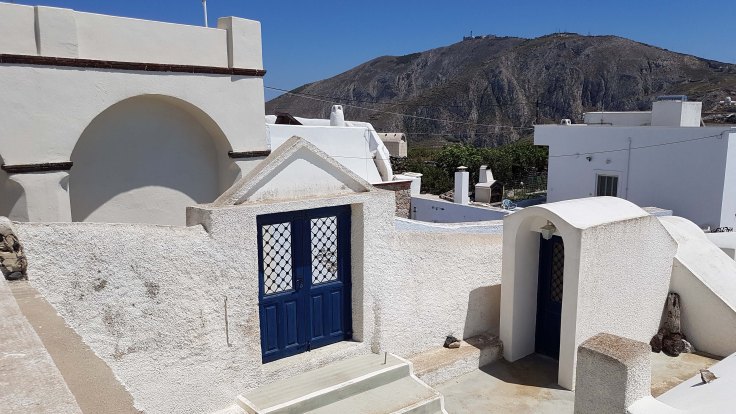 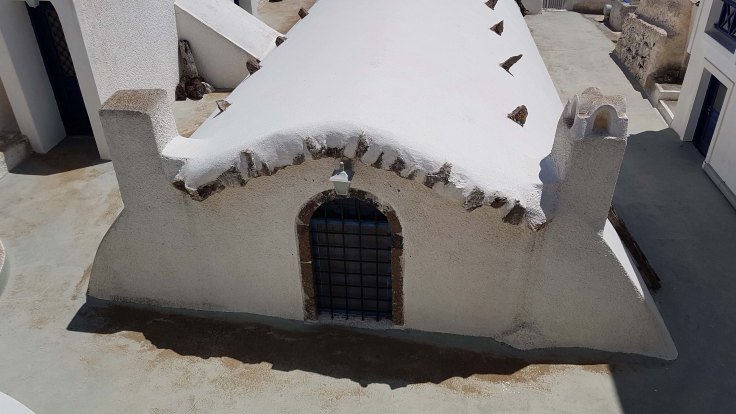 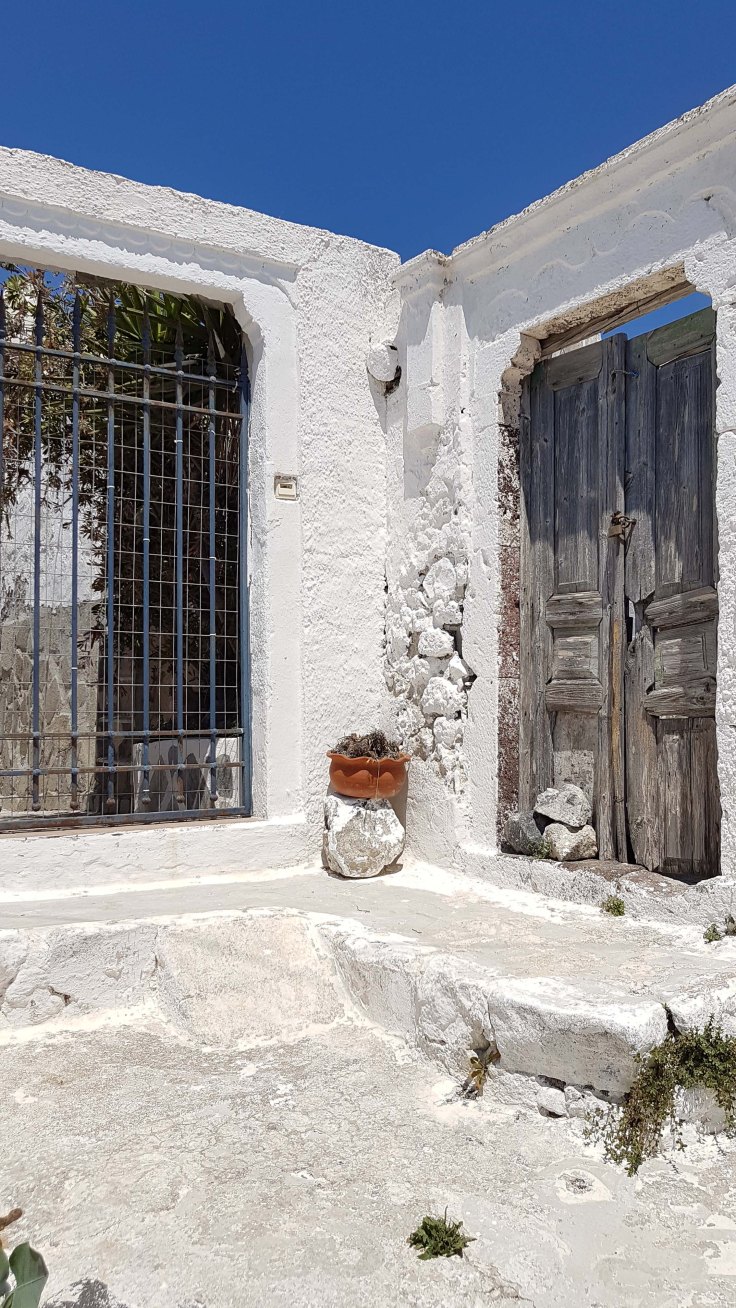 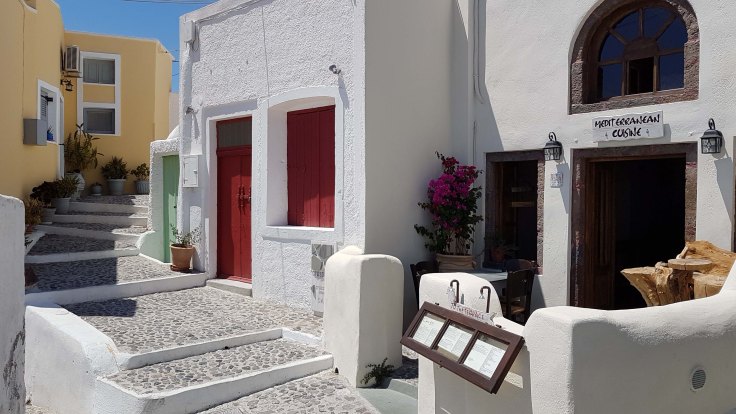 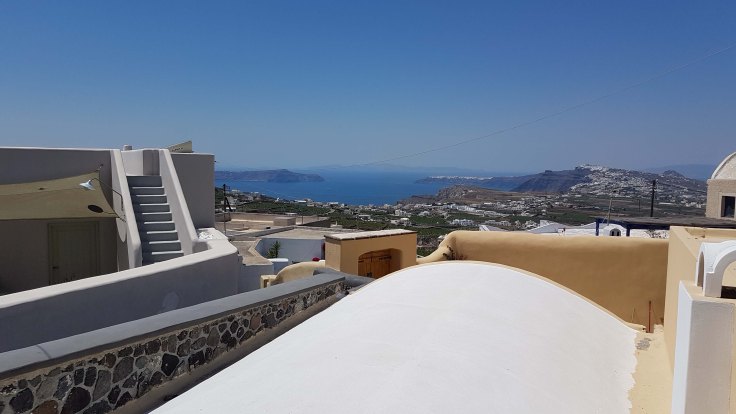 I eventually made it back to the square, there may have been some shopping involved, and took a bus back to Fira, where there may have been more shopping, before my last Fira sunset. I had decided not to return to Oia for the sunset, as I had been so happy with the Fira ones, and really didn’t love the Oia crowds. 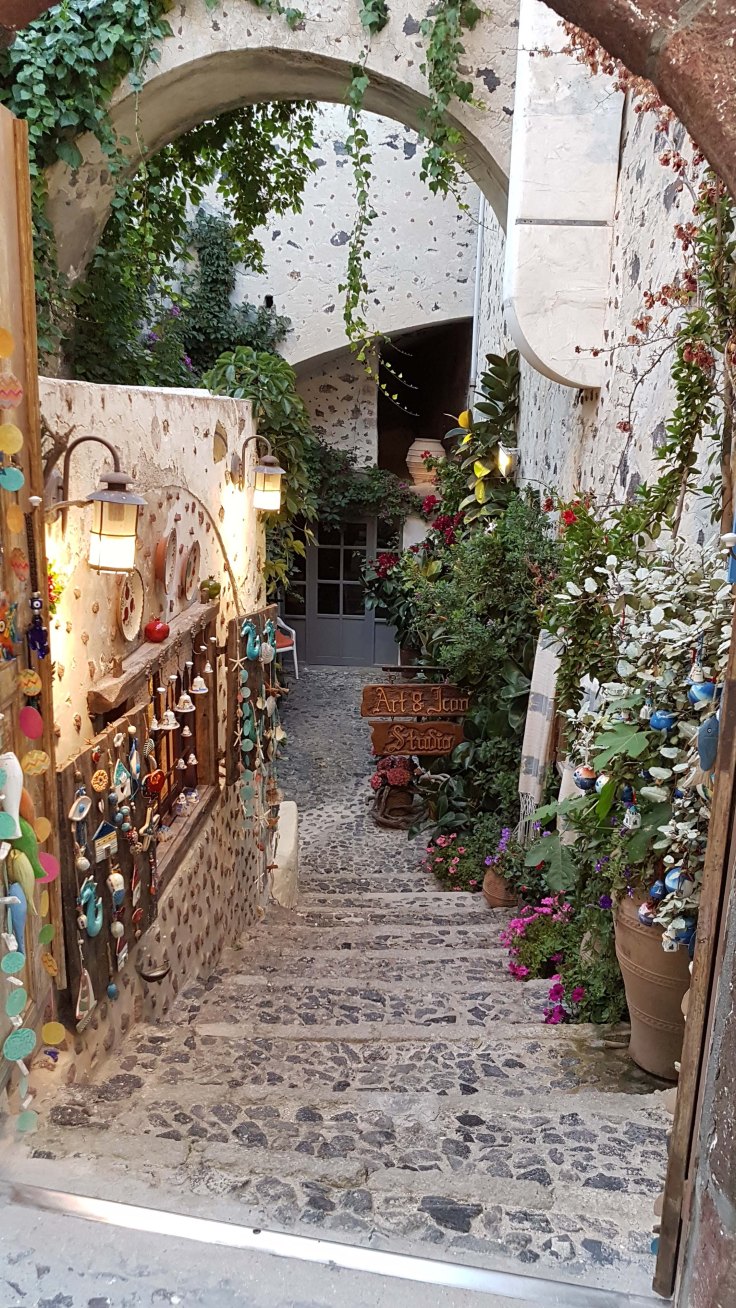 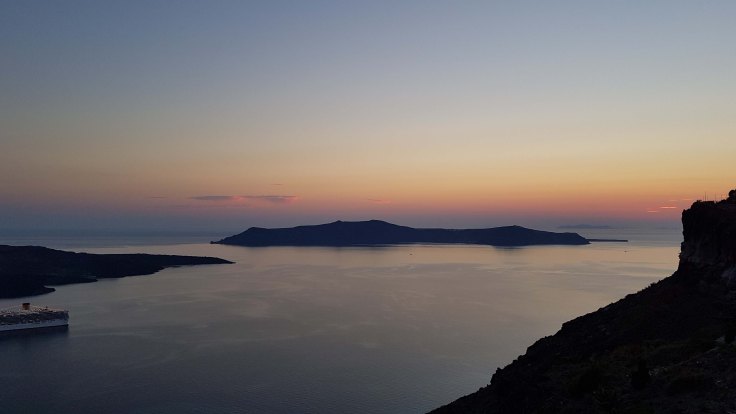 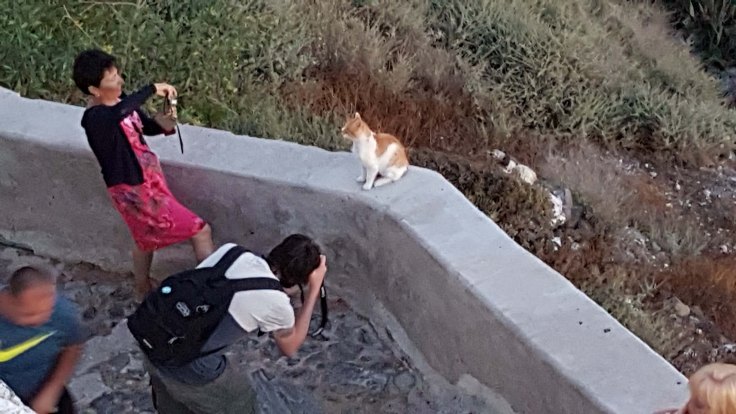 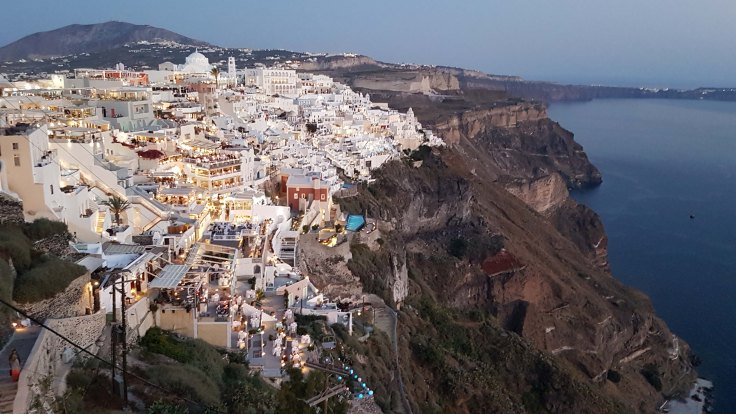 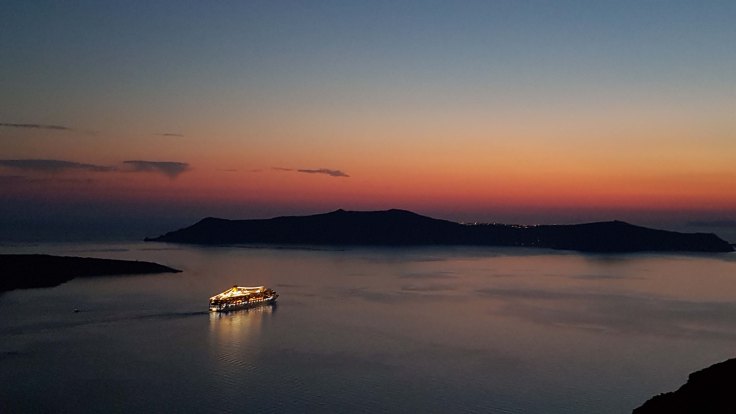 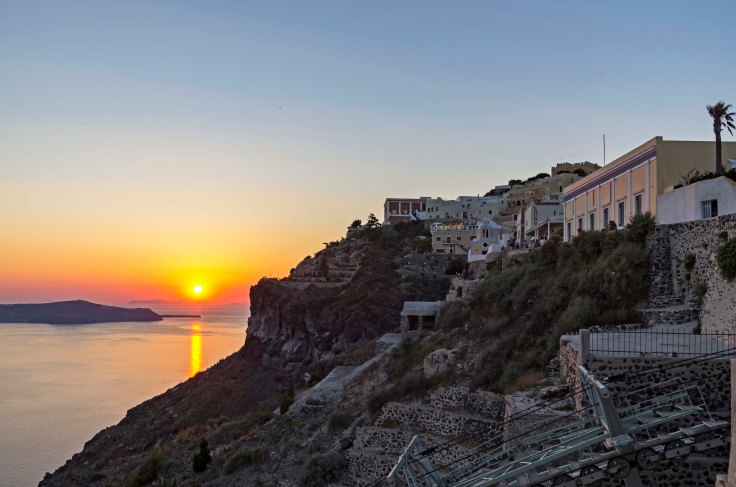 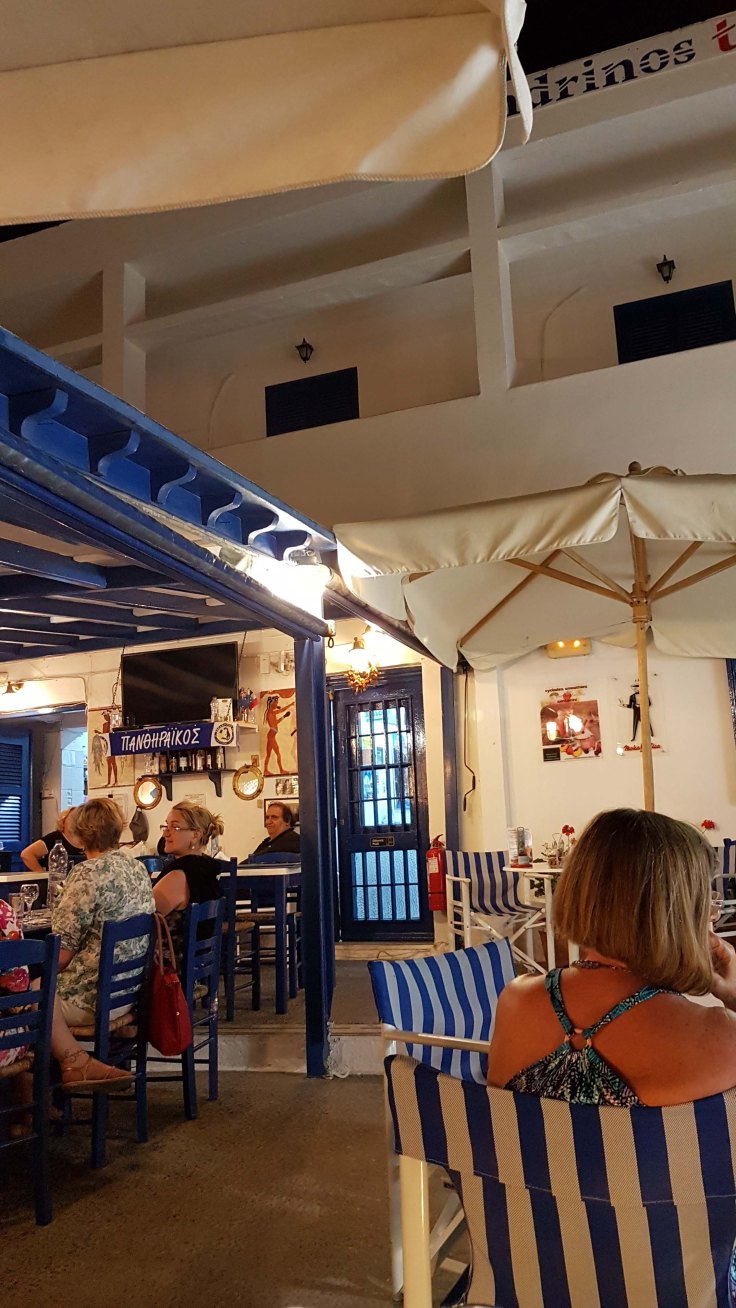 After another dinner at my hotel taverna my four days and nights on Santorini came to an end. Santorini did not disappoint.